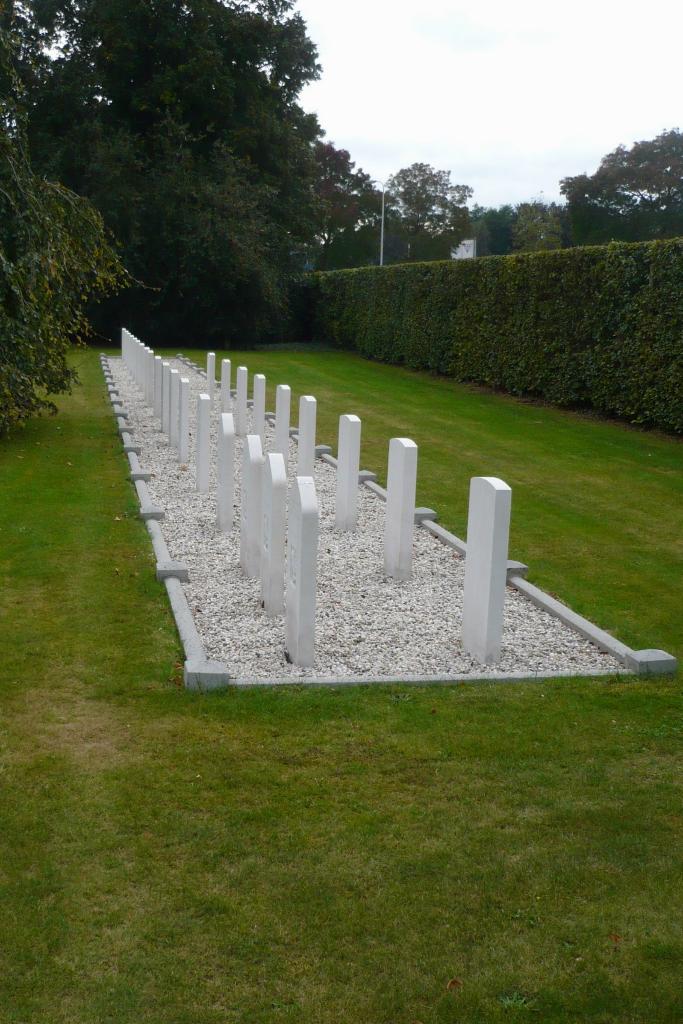 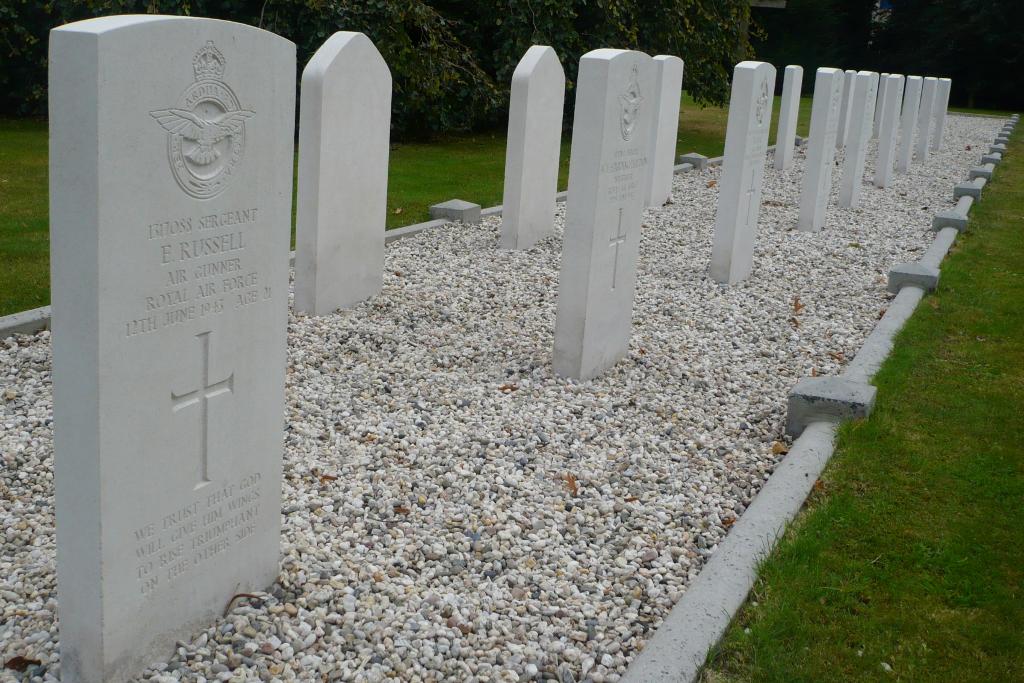 During the war years a number of air battles occurred over this territory between Allied planes and German night fighters. The latter operated from a German airfield and from the German held Dutch airfield at Twenbe, with support from the air-watch base at Nijvordal and a small observation post at Heeben.

Originally there were 50 Allied burials in a special Allied plot in this cemetery, but 23 of the casualties have been moved to other cemeteries. This plot, now the British plot, is in the north western corner of the cemetery.