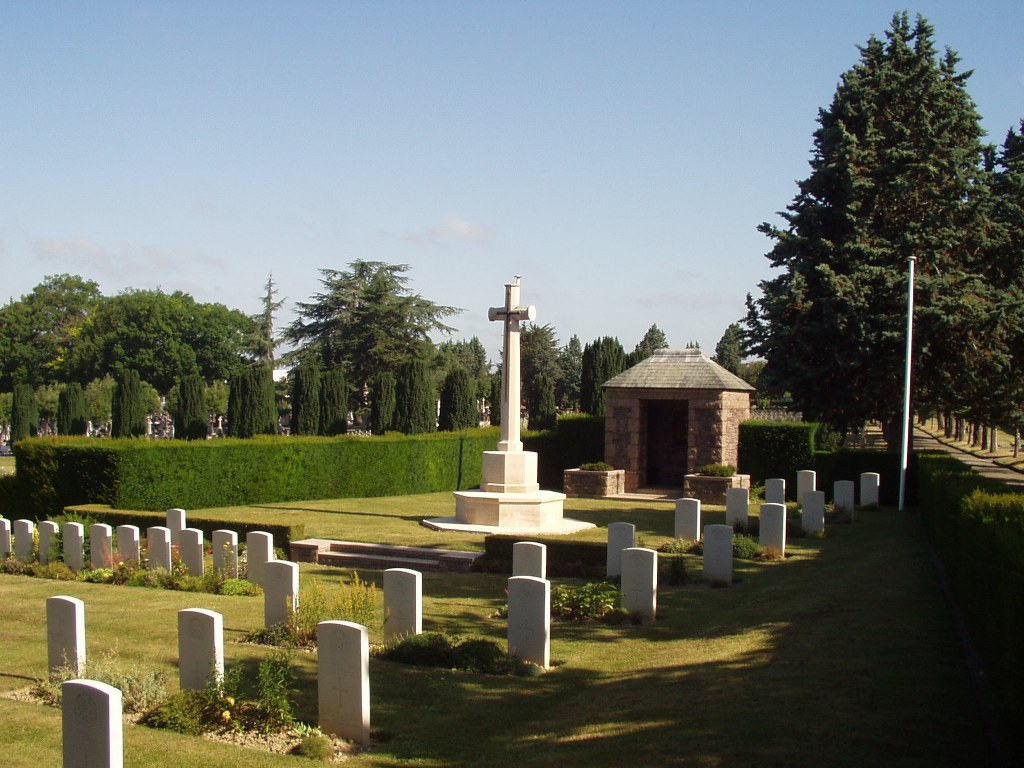 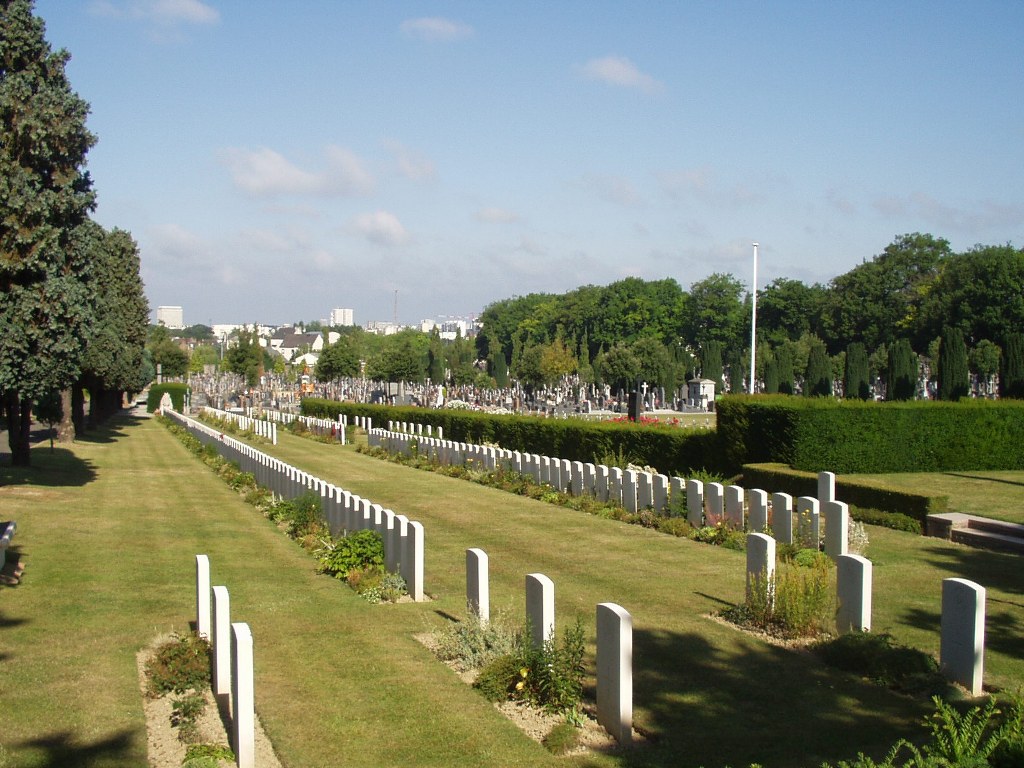 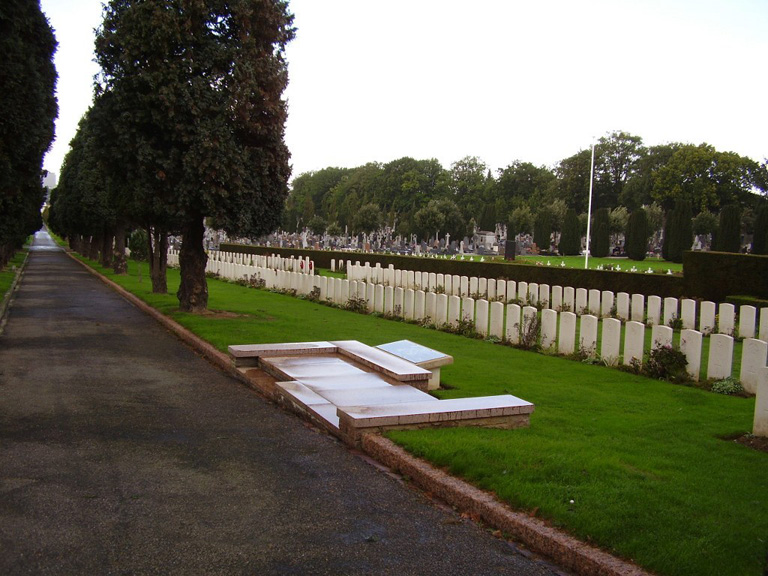 Rennes is a town in the Department of the Ille-et-Vilaine. Rennes Eastern Communal Cemetery is situated on the Boulevard Villebois-Mareuil, about 2 kilometres east of the railway station. From the station follow Bd. Solferino, turn right into Rue St Helier, then left into Rue De Chateaugiron, then left again along Avenue Monseigneur Mouezy, and the Communal Cemetery is just facing you. A CWGC sign is on the cemetery wall. The Commonwealth plot is near the middle of the eastern boundary of the cemetery, in section 18.

The majority of the casualties buried here resulted from the bombing of a troop train by the Germans on 17th June 1940. In addition, 26 casualties, including 3 married couples, were added in October 1945, when Short Stirling transport aircraft LJ668 from 299 Sqdn. crashed near Rennes on route from Cairo to the UK. There are 252 Commonwealth burials of the 1939-45 war here, of which 81 are unidentified.