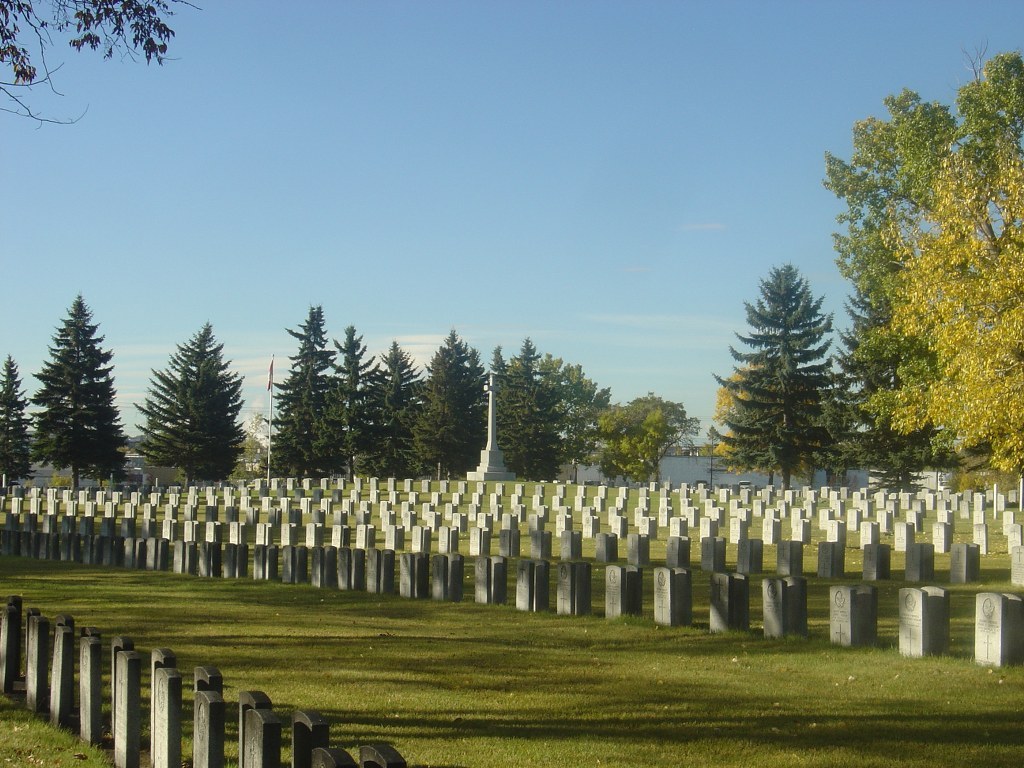 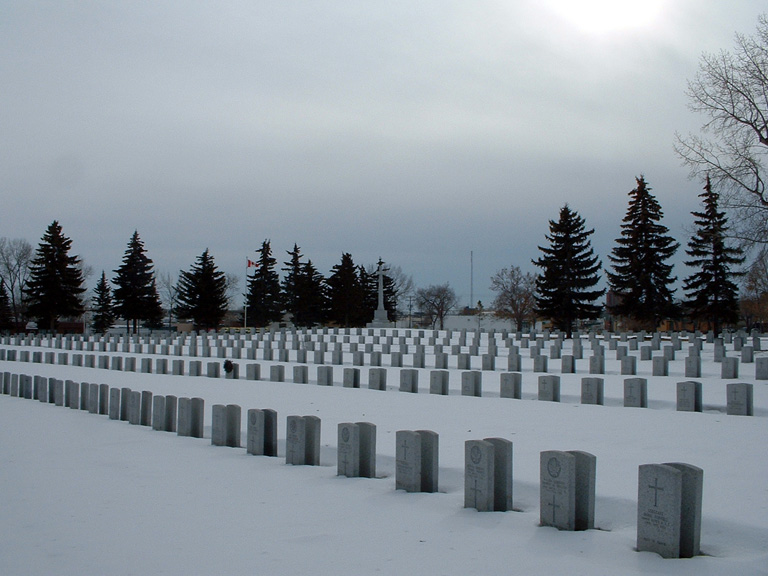 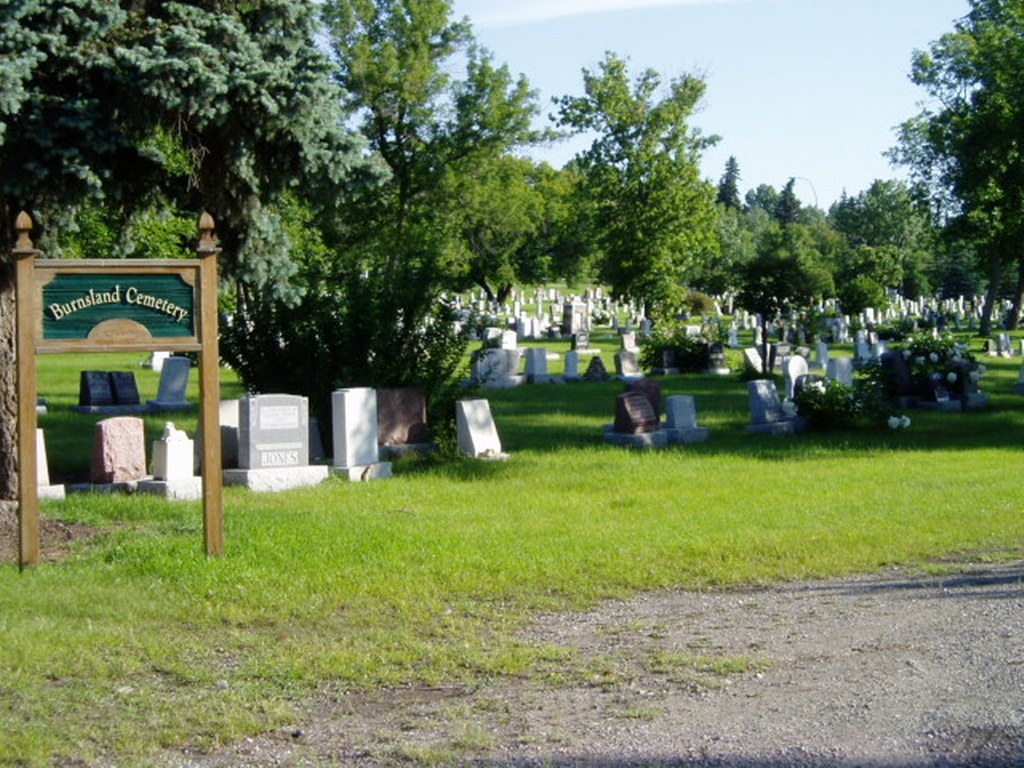 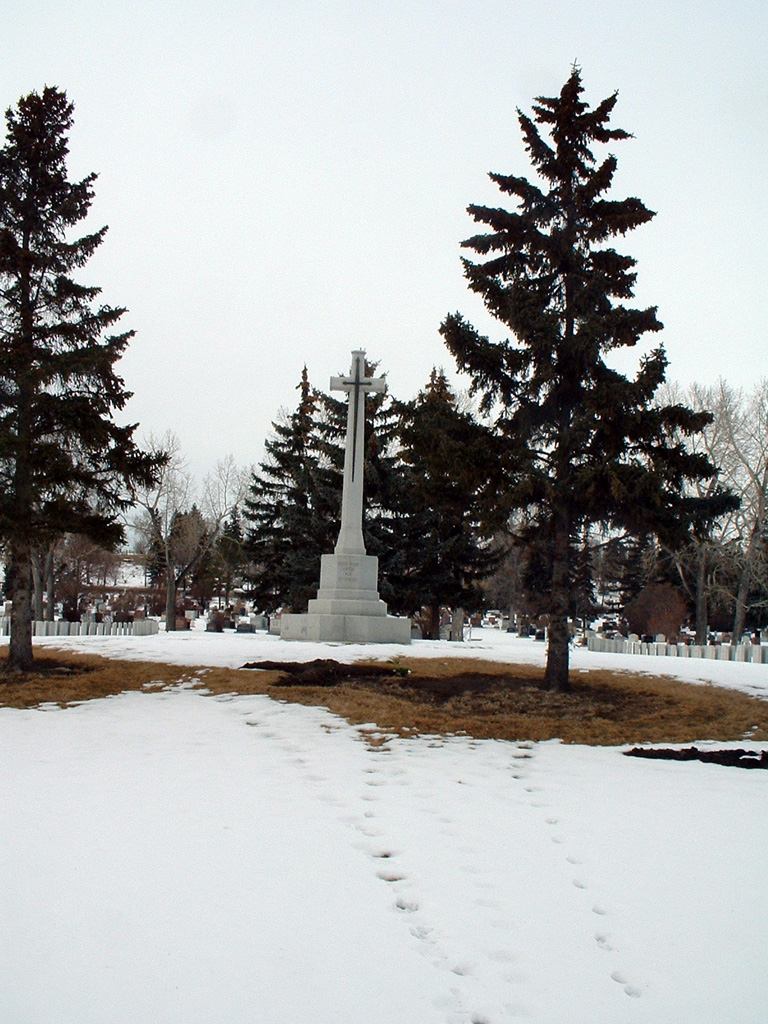 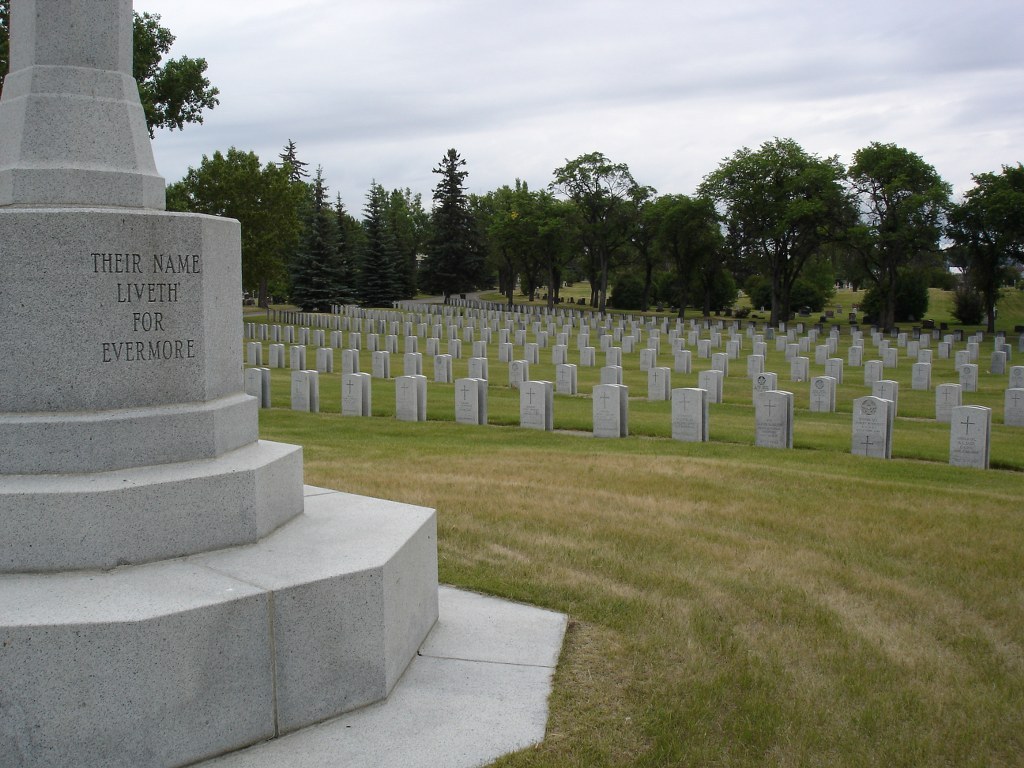 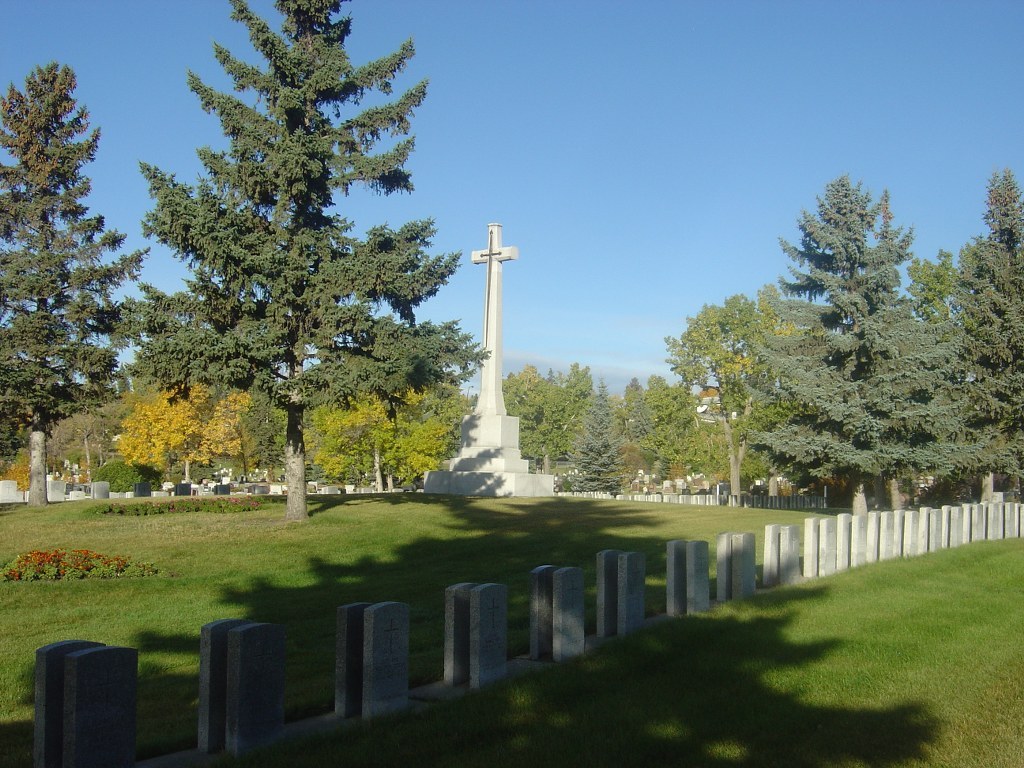 Calgary, in the south-western part of Alberta, is on both the Trans-Canada Highway and Highway, No2, 304 kilometres south of Edmonton. The cemetery is located east of the McLeod Trail in Calgary, on the corner of 27th Avenue and Spiller Road (South East).

Calgary (Burnsland) Cemetery contains one Commonwealth burial of the First World War and 197 from the Second World War, most of them airmen who died during training. Nearly all the war graves lie in an extensive Veterans' Section.