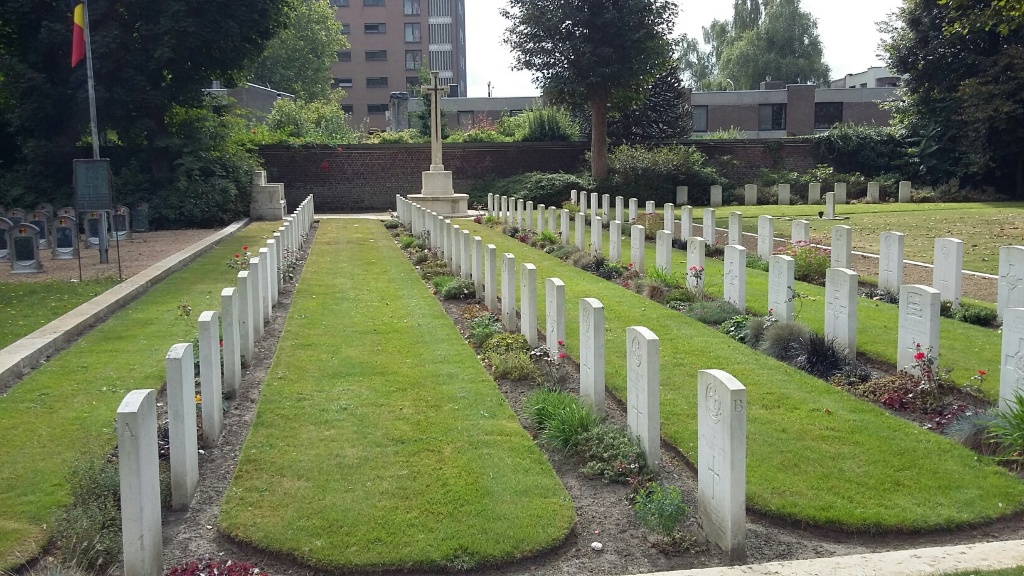 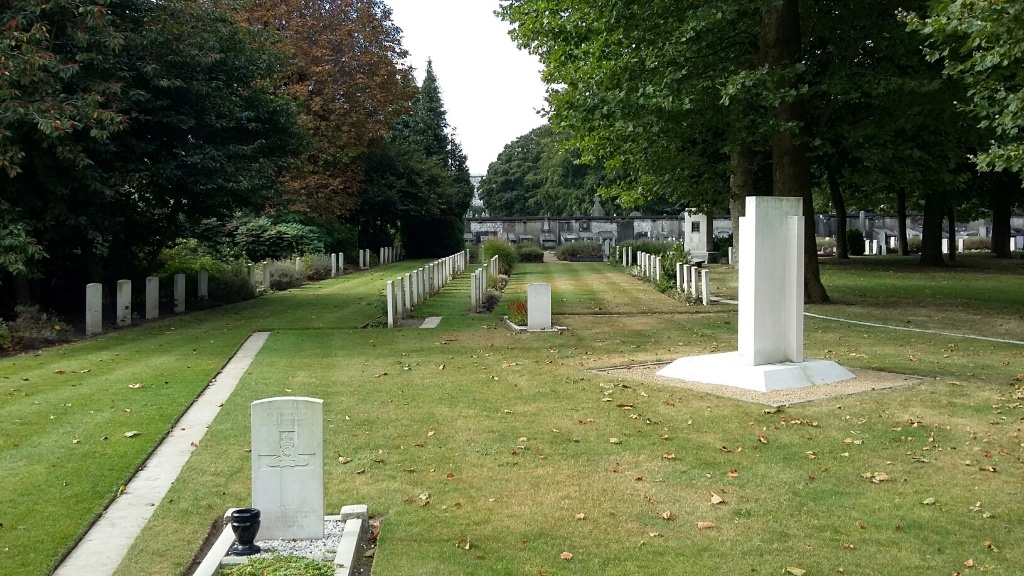 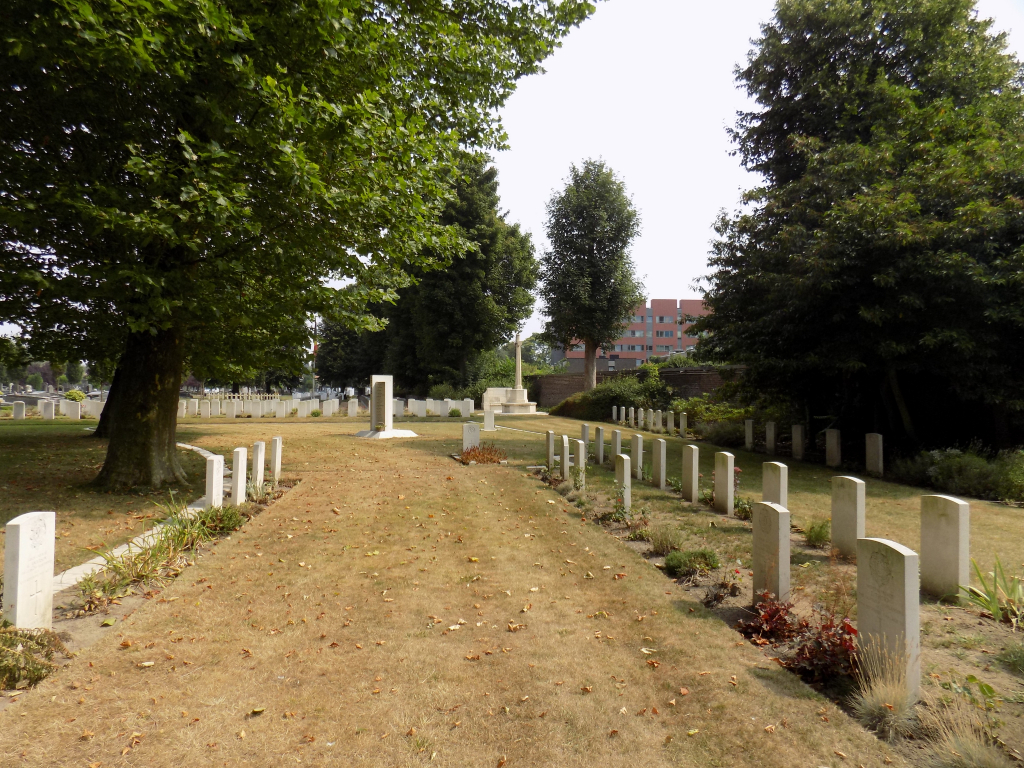 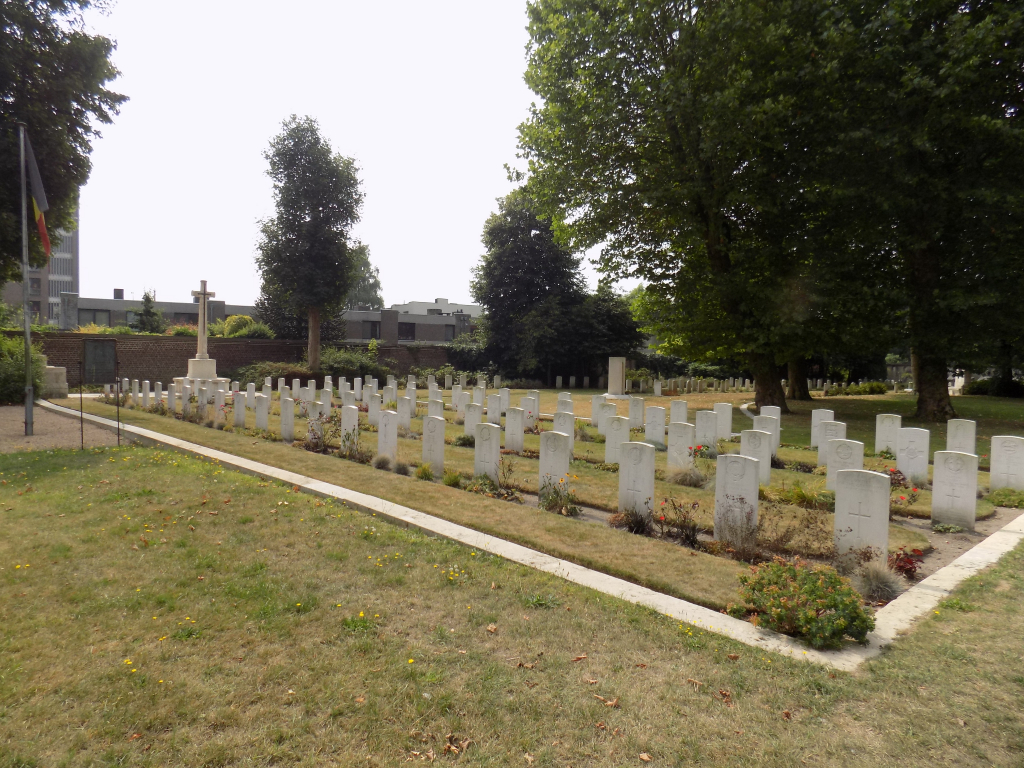 Gent City Cemetery is located in the north west corner of the city, at a point where the N9 Brugsevaart meets the N40 Gent Inner ring road. Approaching the cemetery via the E40 motorway, visitors should leave the motorway at junction "Gent West" on the N466. After 5 kilometres turn left onto the N70 following signs for Lokeren. After 1.3 kilometres the road crosses the ship canal. There then follows a left turning following signs for Eeklo. After 400 metres turn right into the Francisco Ferrerlaan (the fourth street on the right hand side after the bridge). Having passed through the cemetery gates, follow the main cemetery road to the right. The Commission plot is on the extreme right hand side of the Cemetery 500 metres from the main gate.

This cemetery is not an open site and access is limited by normal daylight hours.

Gent (also known as Ghent) was occupied by French Marines and the British 7th Division early in October 1914, but evacuated on the 11th. It then remained in German hands until reoccupied by the Belgians on 10 November 1918.

The Germans returned to Gent in May 1940 and remained there until the city's liberation on 10 September 1944. In May 1940, the main fighting around Gent occurred near the junction of the Ghent-Bruges and Ternenzen canals, and in September 1944, it was the northern part of the city that was most heavily affected.

Gent City Cemetery contains military plots of many nationalities, including Commonwealth. The First World War Commonwealth graves, which total 86, are prisoners of war buried there during the German occupation, plus two brought in from JABBEKE CHURCHYARD after the Armistice. In addition, nearby, are 111 of the Second World War.