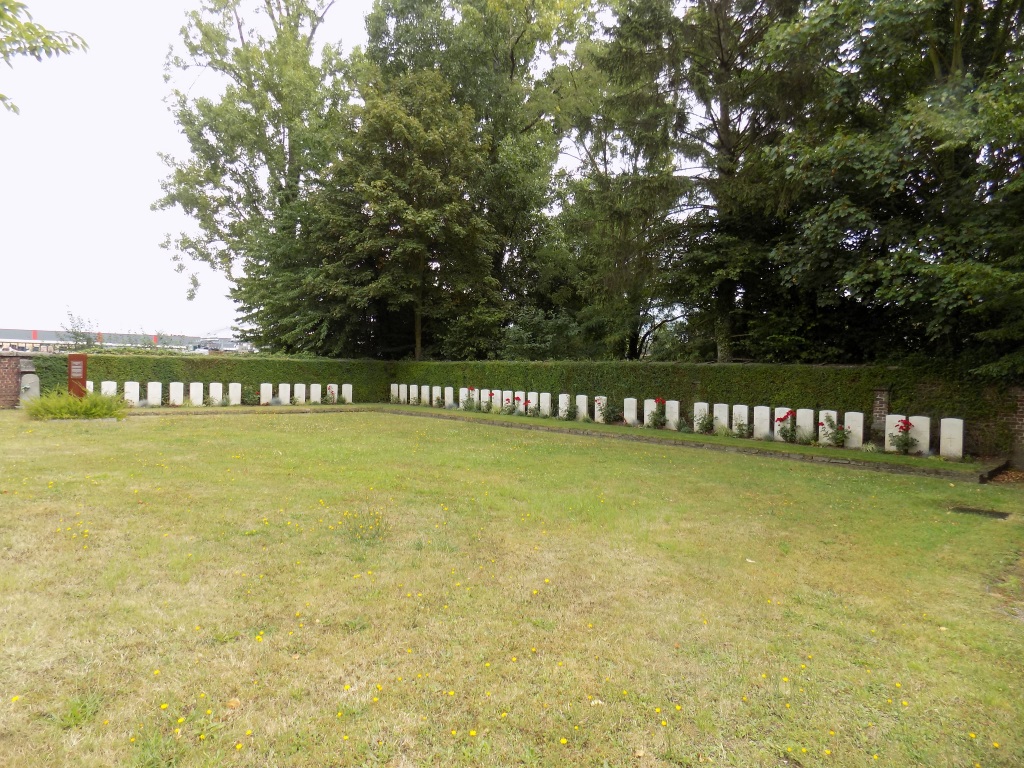 Wilsele Churchyard is located 1 Km north of Leuven. From Leuven railway station turn right onto the dual carriageway (R23) and into the Diestsevest, and continue for 800 m before turning left onto the Vaart. After 400 m you turn right and right again (around the Water Vaartkom) and again onto the Vaart leading to the Kolonel Begaultlaan after the railway tracks. Continue along this street which runs alongside the canal and after 1000 m turn left on to the Pastoor Legrandstraat. 250 m further on the right hand side you will see St Martinus kerk. The Commission plot is situated behind the church at the bottom end of the cemetery against the boundary wall.

The churchyard is at all times open to the public

The British Expeditionary Force was involved in the later stages of the defence of Belgium following the German invasion in May 1940, and suffered many casualties in covering the withdrawal to Dunkirk. Commonwealth forces did not return until September 1944, but in the intervening years, many airmen were shot down or crashed in raids on strategic objectives in Belgium, or while returning from missions over Germany. Wilsele Churchyard contains a group of 45 burials of the Second World War, three of them unidentified.