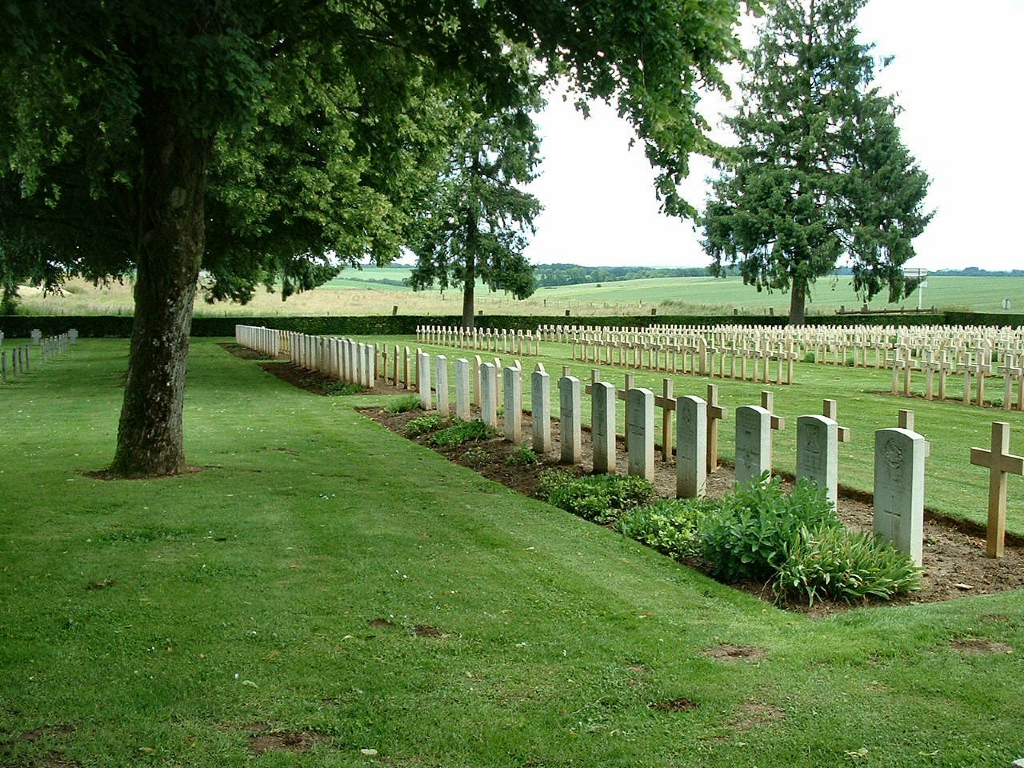 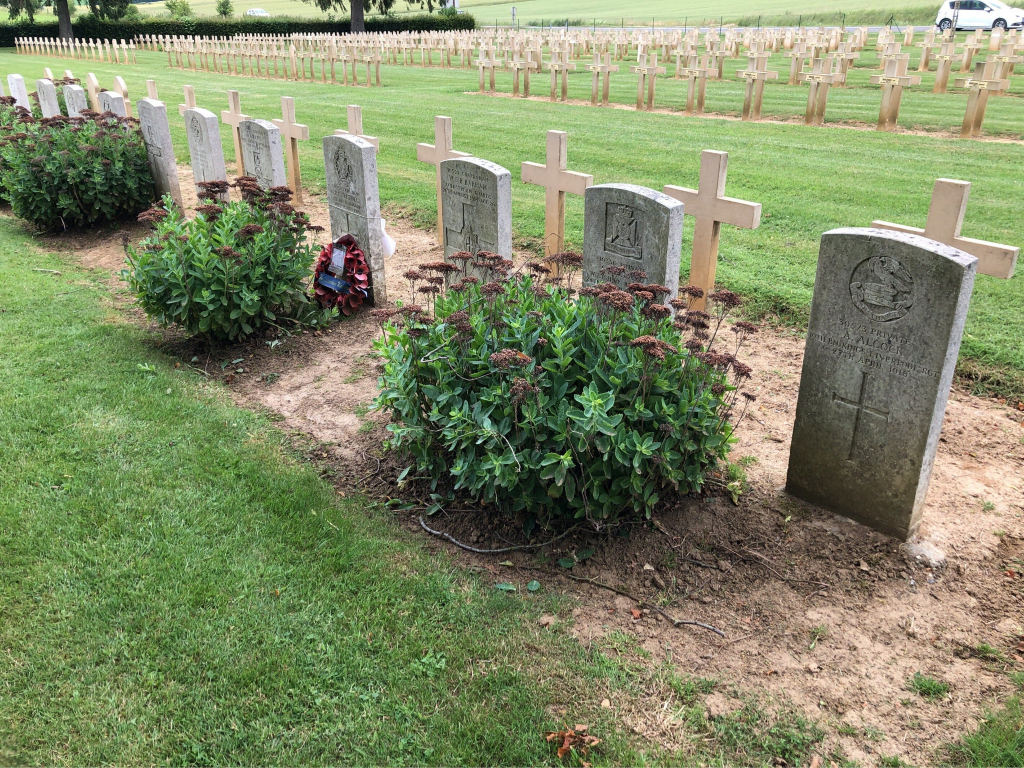 Guise is a small and historic town in the Department of the Aisne, on the River Oise, 27 kilometres north-east of St Quentin. The Cemetery (Cimetiere National Mixte de la Desolation) is approximately 4 kilometres south of the town on the Marle road in the neighbouring commune of Flavigny-le-Petit.

Guise has given its name to the battle of the 29th-30th August, 1914, between the French Fifth Army and the Germans. It was retaken by French troops on the 4th November, 1918.

The National Cemetery was begun by the Germans in 1914, and, enlarged after the Armistice.

There are now nearly 50, 1914-18 war casualties commemorated in this site. Of these, a small number are unidentified and three special memorials are erected to soldiers known or believed to be buried among them and another to a United Kingdom soldier buried in Guise Communal Cemetery whose grave could not be found.