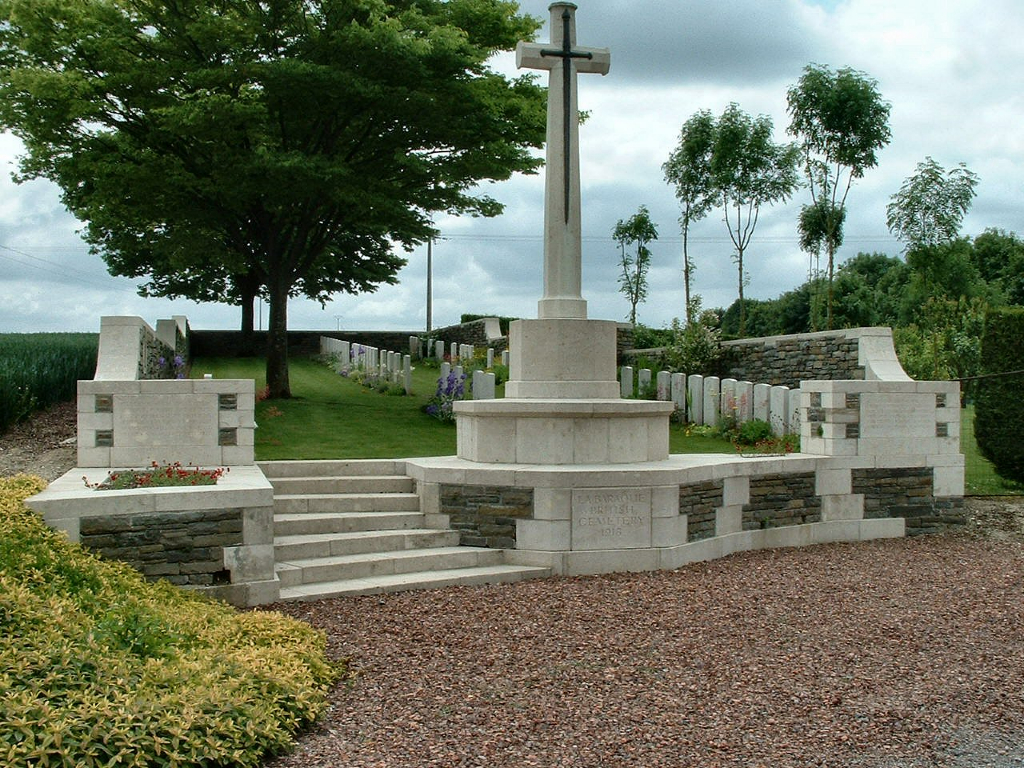 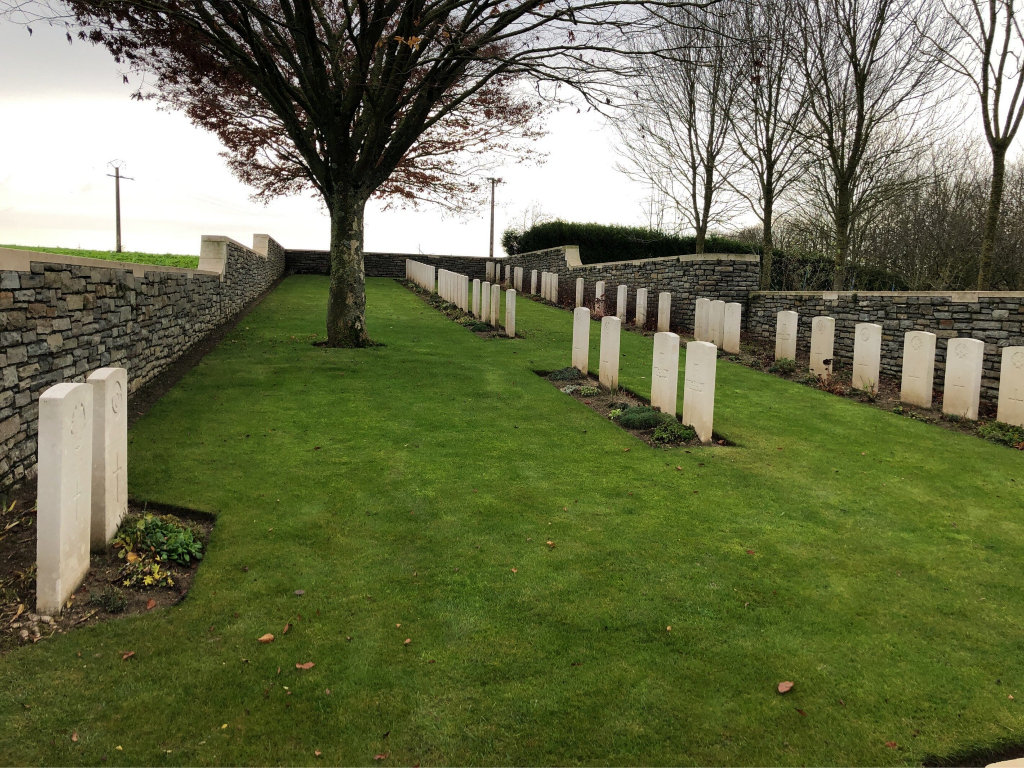 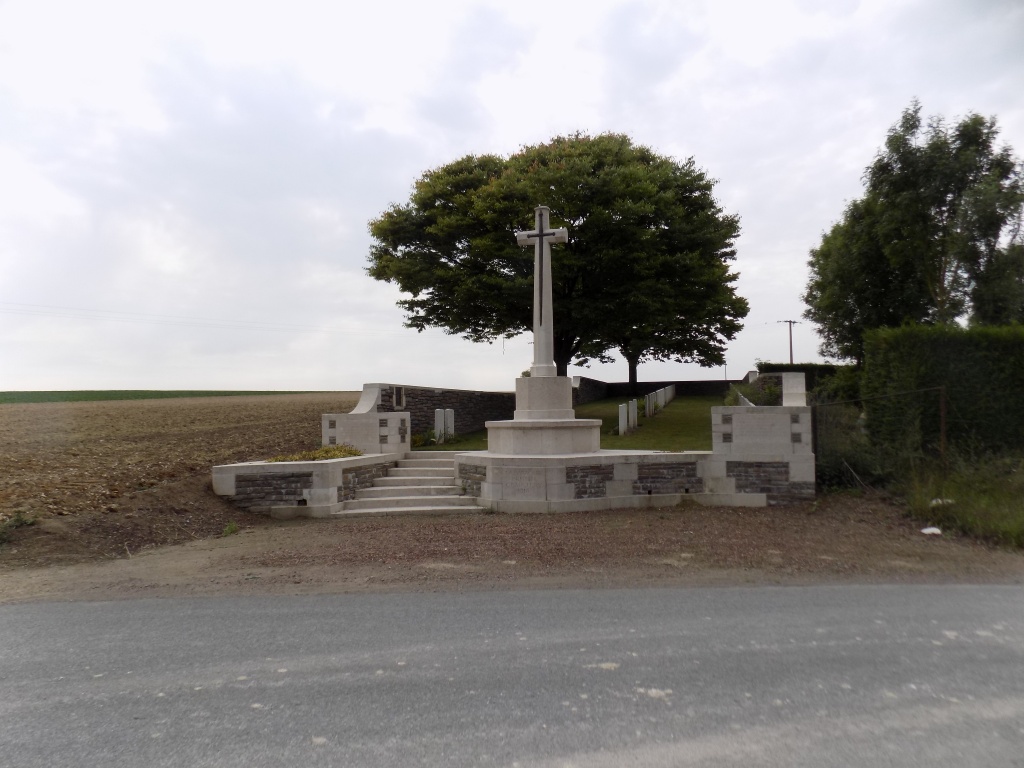 Bellenglise was the scene of the victory of the 46th (North Midland) Division at the end of September, 1918, and the Divisional Memorial stands very close to La Baraque. Bellenglise was later "adopted" by the town of Stafford.

There are now over 60, 1914-18 war casualties commemorated in this site. Of these, a small number are unidentified and a special memorial is erected of a soldier believed to be buried among them, and another records the name of a United Kingdom soldier, buried in BELLENGLISE CHURCHYARD, whose grave could not be found. All fell in the period 29th September-8th October, 1918, and three of whom were brought from PONTRU CHURCHYARD in 1925.

The cemetery covers an area of 342 square metres and is enclosed by a low stone rubble wall.