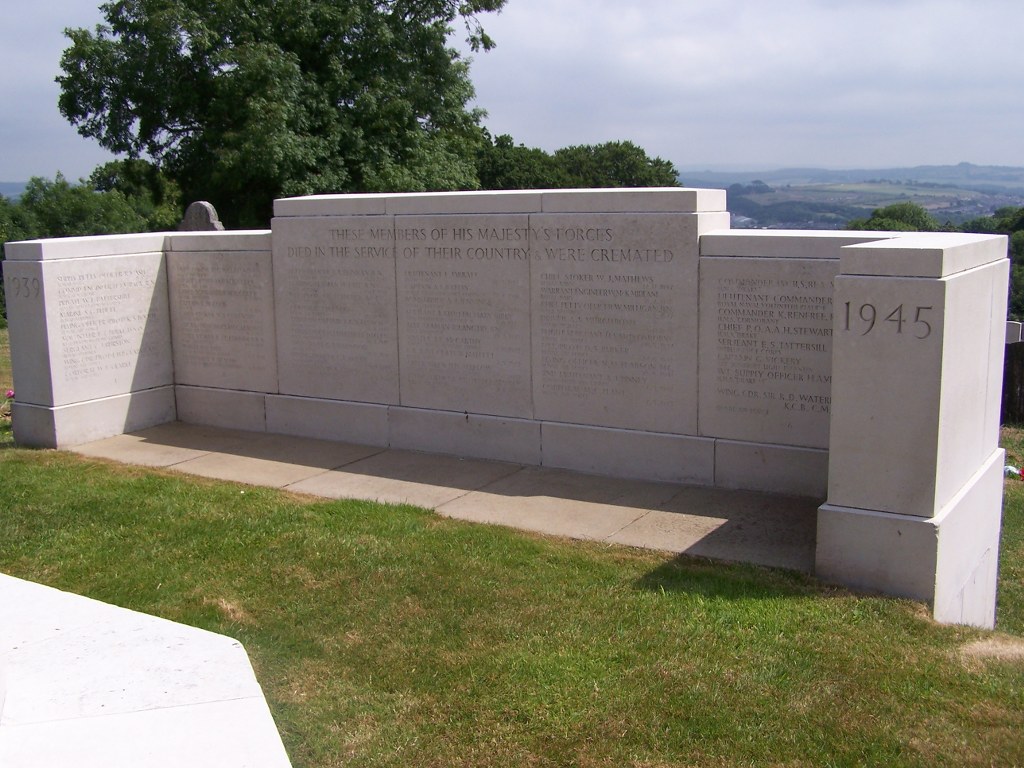 During the two world wars, the United Kingdom became an island fortress used for training troops and launching land, sea and air operations around the globe. There are more than 170,000 Commonwealth war graves in the United Kingdom, many being those of servicemen and women killed on active service, or who later succumbed to wounds. Others died in training accidents, or because of sickness or disease. The graves, many of them privately owned and marked by private memorials, will be found in more than 12,000 cemeteries and churchyards. During the First World War, Plymouth, Devonport and Stonehouse contained between them the Royal Dockyard, Royal Naval Barracks (known as H.M.S. Vivid), the Royal Marine Barracks of the Plymouth Division, and naval and military hospitals. For the duration of the war, Devonport was made headquarters of the Auxiliary Patrol Area. Plymouth was a naval station second only to Portsmouth during the Second World War. Devonport was also an important military station and there was a R.A.F station at Mount Batten, opposite Plymouth. PLYMOUTH (EFFORD) CEMETERY contains 338 scattered burials of the First World War. The 109 Second World War burials are also scattered apart from a small group in Section C, in a plot set aside for service burials that was actually little used. There are also two non-war service burials within the cemetery and 12 war graves of other nationalities, most of them Greek merchant seamen. PLYMOUTH CITY CREMATORIUM is situated in Plymouth (Efford) Cemetery and 61 servicemen and women of the Second World War whose remains were cremated there are commemorated on a screen wall set into a recess in the hedge behind the Cross of Sacrifice.