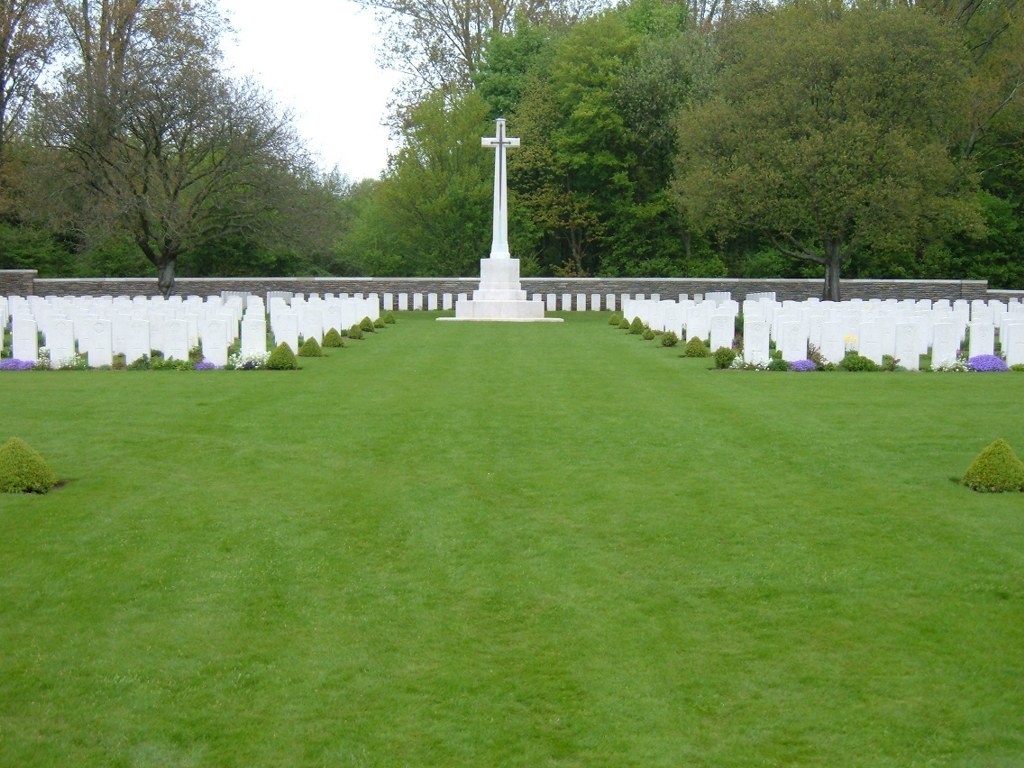 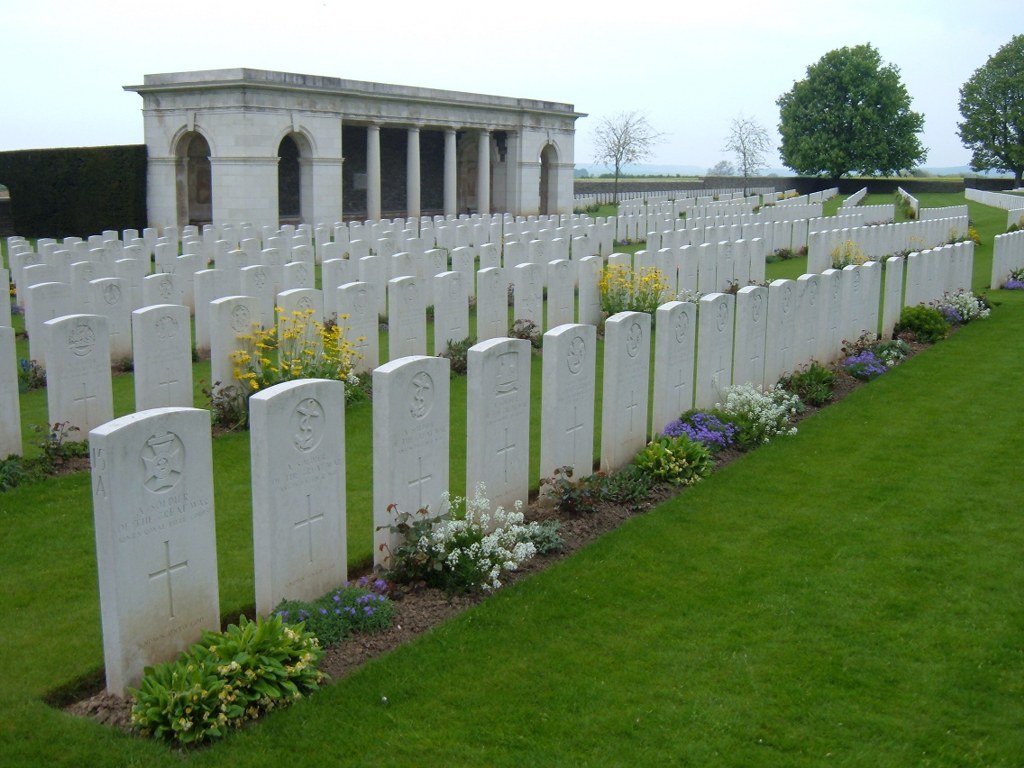 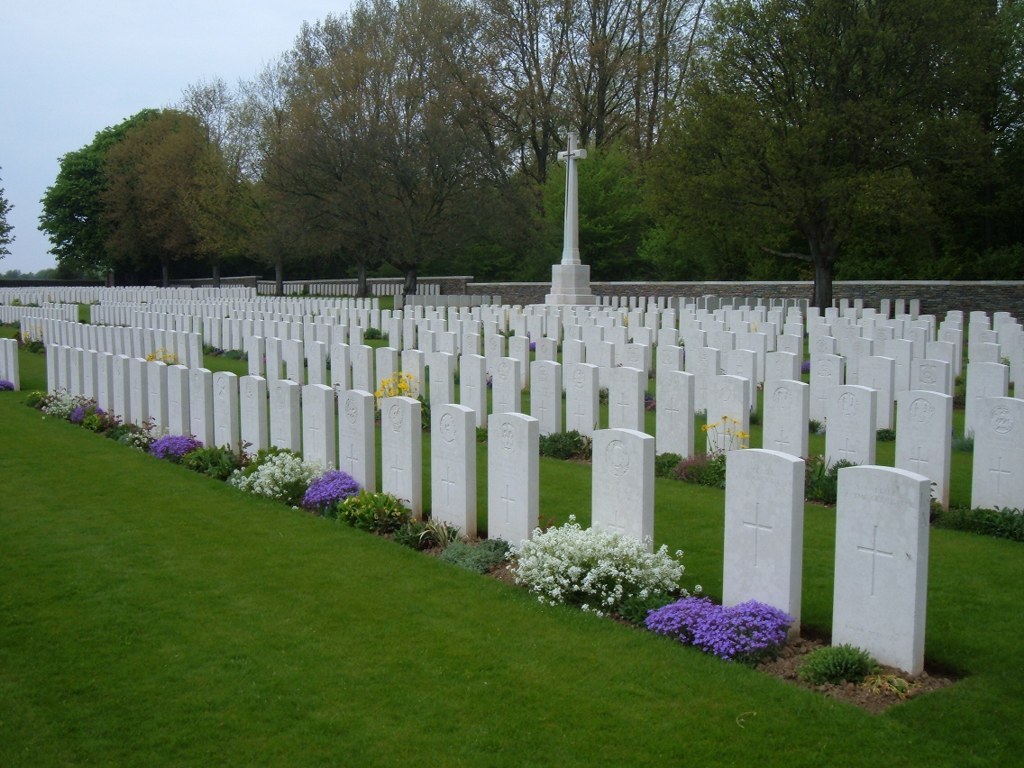 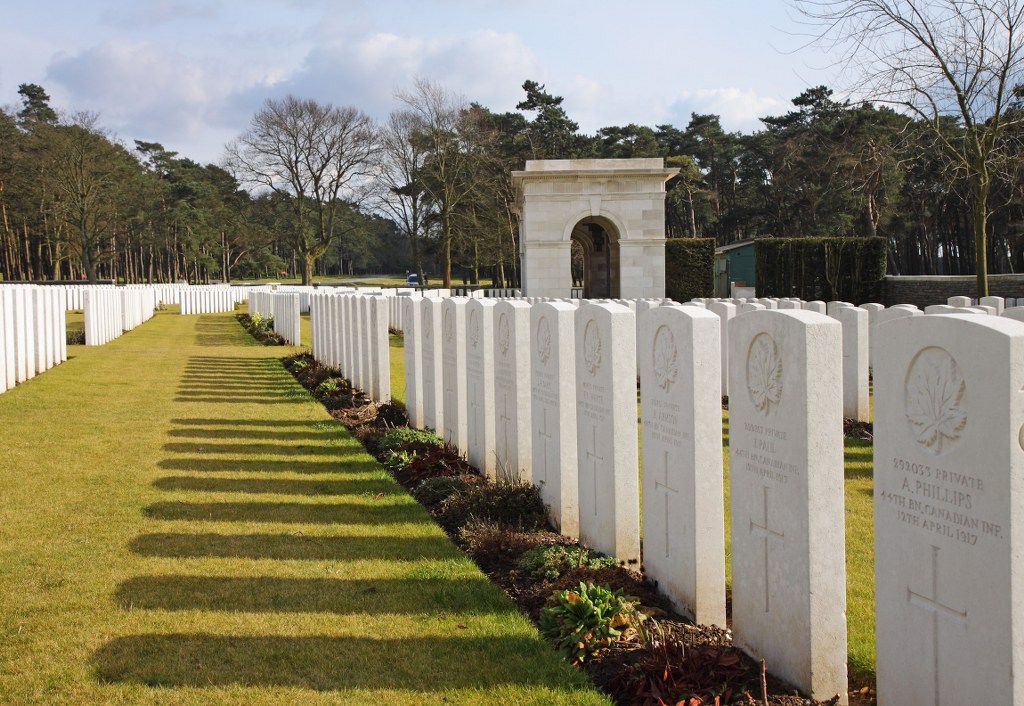 Neuville-St. Vaast is a village about 6 kilometres north of Arras and 1 kilometre east of the main road from Arras to Bethune. The Cemetery is within the Canadian National Vimy Memorial Park, which is north of Neuville-St. Vaast. The main entrance to the Park is signposted from the Arras to Lens road (N17).

The cemetery was established by the Canadian Corps after the successful storming of Vimy Ridge on 9th April, 1917 and some of those buried in the cemetery fell in that battle or died of wounds received there, though the majority of the graves were made later for the burial of the dead recovered from surrounding battlefields and from isolated graves which were transferred into the cemetery over a period of years after the Armistice.

The cemetery covers an area of 10,869 square metres and is enclosed by low walls of coursed stone.

There are nearly 3,000, 1914-18 war casualties commemorated in this site. 29 Canadian soldiers buried at the time in the 11th Canadian Infantry Brigade Cemetery, Givenchy-en Gohelle and the Canadian cemetery near Gunner's Crater, Givenchy-en-Gohelle but whose graves are now lost are commemorated by special memorial headstones, inscribed to this effect with the additional quotation, "Their Glory shall not be blotted out".