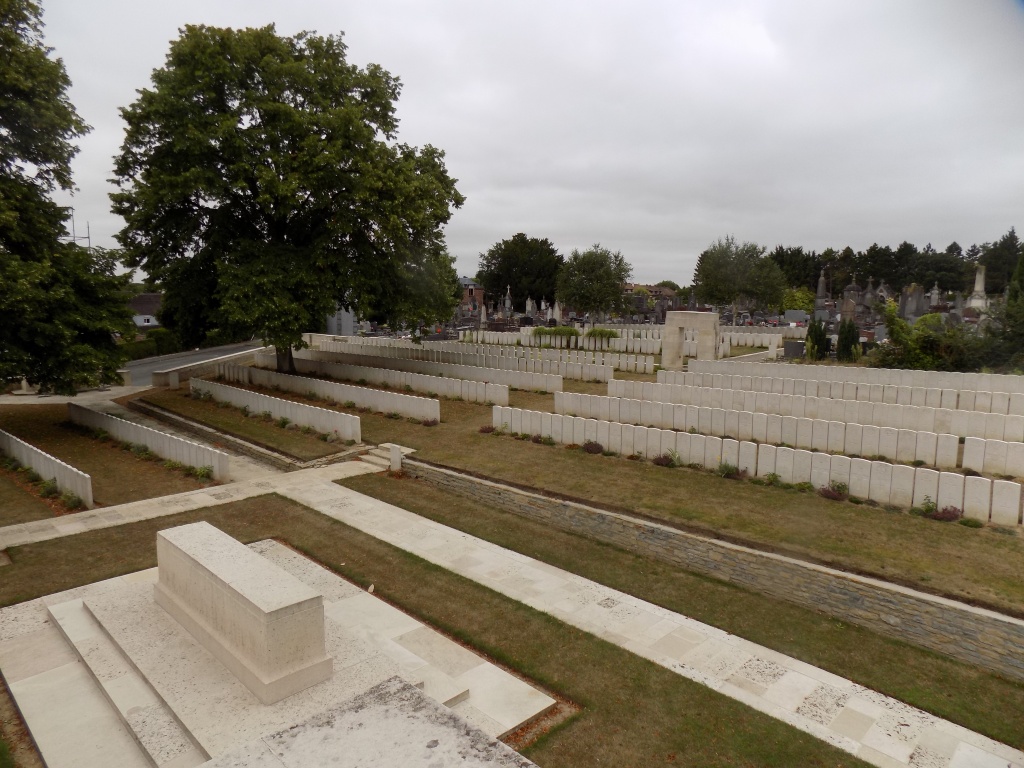 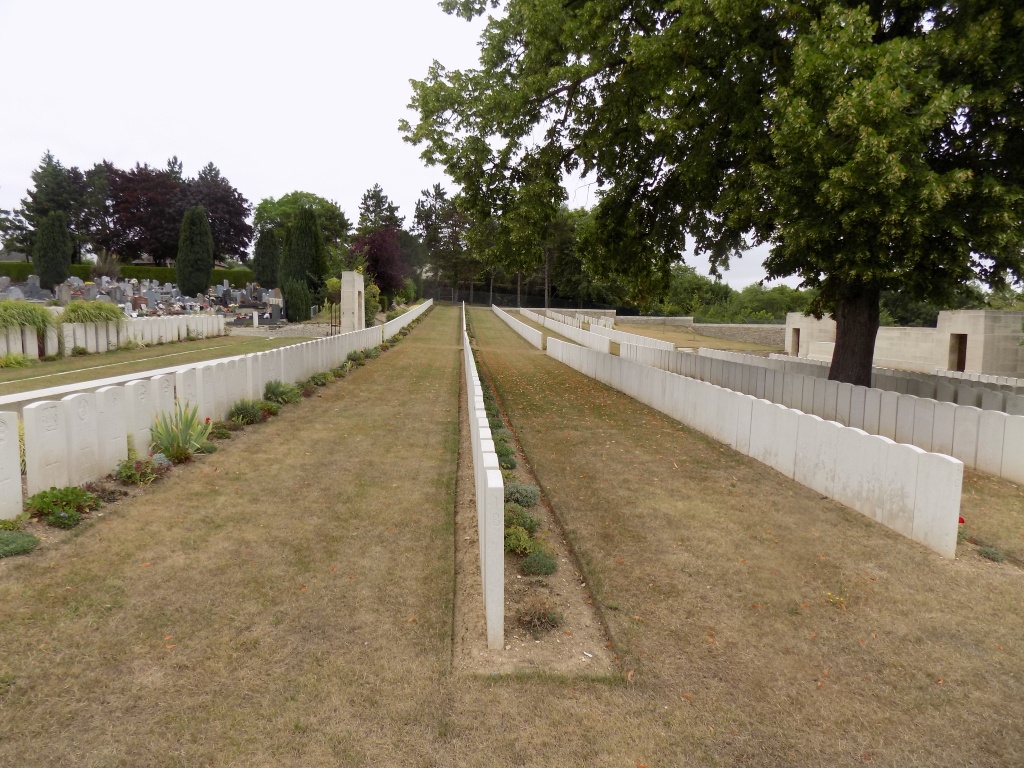 Corbie is a small town 15 kilometres east of Amiens. Go north from the town centre taking the D1 (Rue Gambetta) in the direction of Bray. You will arrive at a set of traffic lights with the hospital diagonally on your left. Continue, taking the second turning on your right onto the Rue des Longues Vignes (VC6). The cemetery lies about 800 metres on the left and the extension is east of the Communal Cemetery.