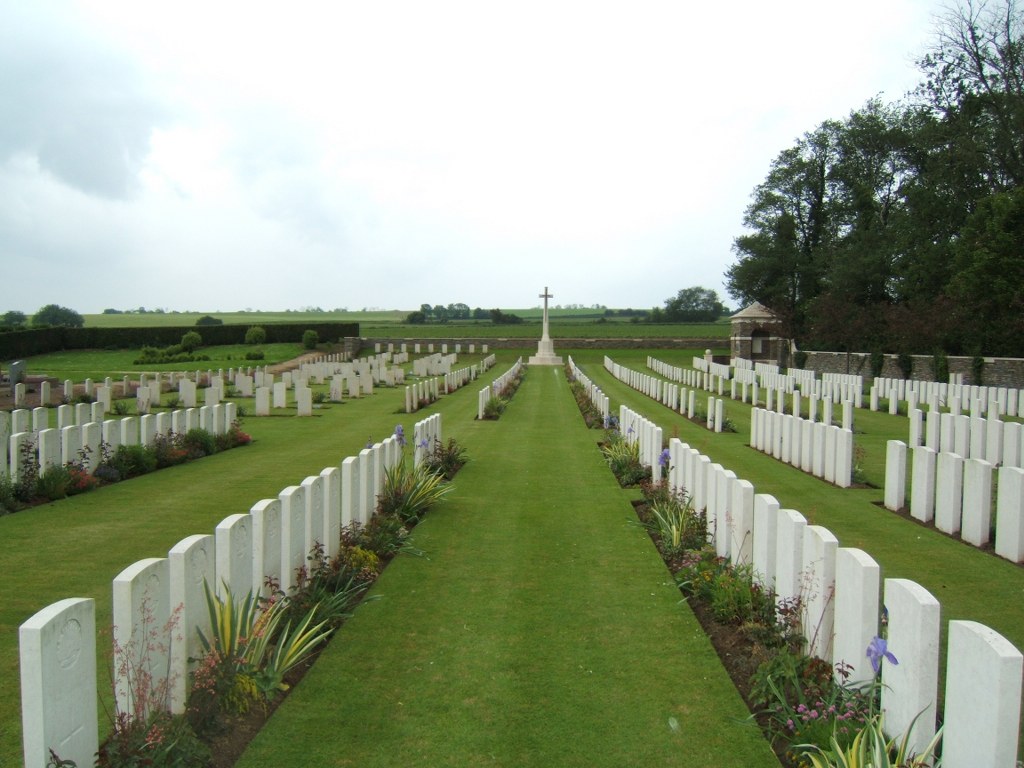 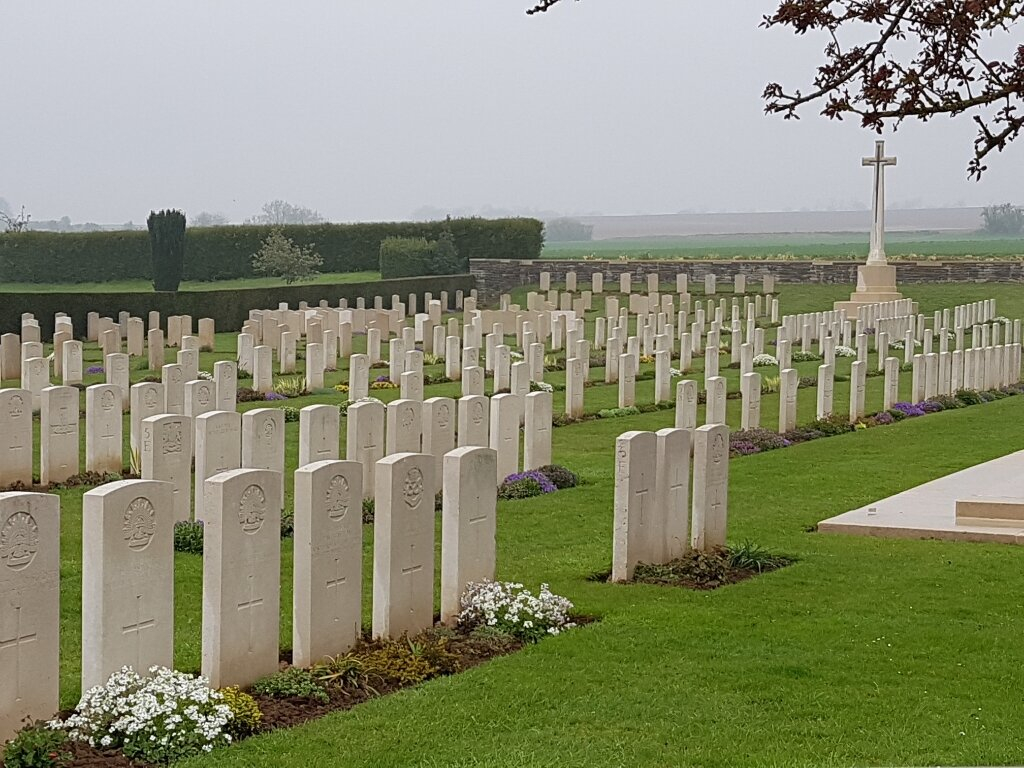 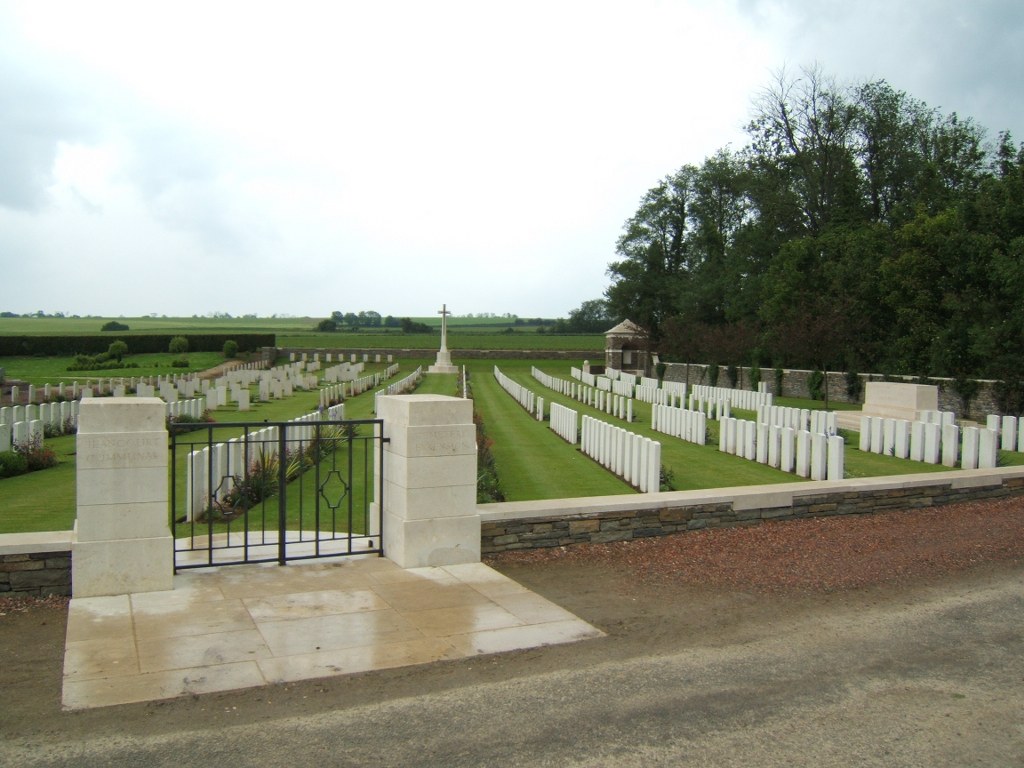 Jeancourt is a small village situated approximately halfway between Peronne and St. Quentin. From Peronne take the D44 towards St. Quentin. At Estrees-en-Chaussee turn towards St. Quentin. On reaching Vermand turn left in the village taking the D33 through Vadencourt. At the next crossroads turn left towards Le Verguier. Go through Le Verguier onto Jeancourt. In Jeancourt follow the green Commission signs to Jeancourt Communal Cemetery Extension which is situated on the opposite side of the village next to the communal cemetery.

Jeancourt was a German hospital centre and the extension to the communal cemetery was used alternately by Commonwealth and German troops; a substantial German plot remains in the north-western part. The Commonwealth burials, made by the 59th (North Midland) Division and other fighting troops, began in April 1917, continued until February 1918, and were resumed in September 1918. Plots I and II were completed, and Plots III-VI made, after the Armistice, when 369 graves (almost all of March and September, 1918) were brought in from the surrounding battlefields.

The extension now contains 492 Commonwealth burials and commemorations of the First World War. 207 of the burials are unidentified but there are special memorials to two casualties believed to be buried among them. The extension also contains 168 German burials.

The extension was designed by Sir Herbert Baker.