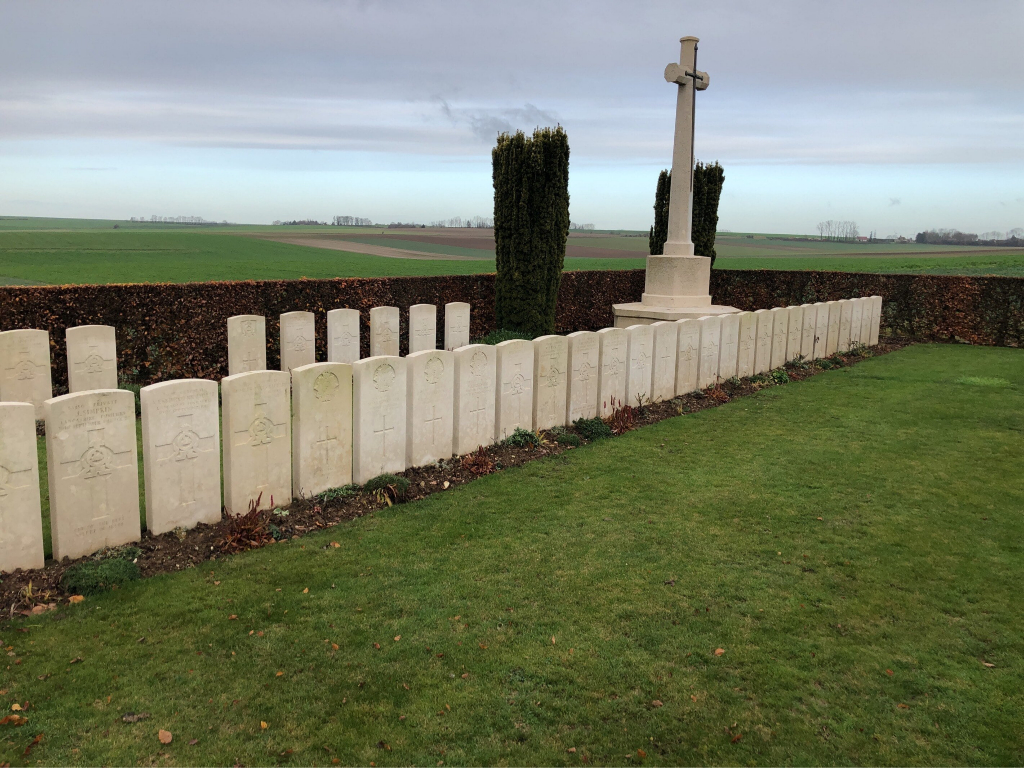 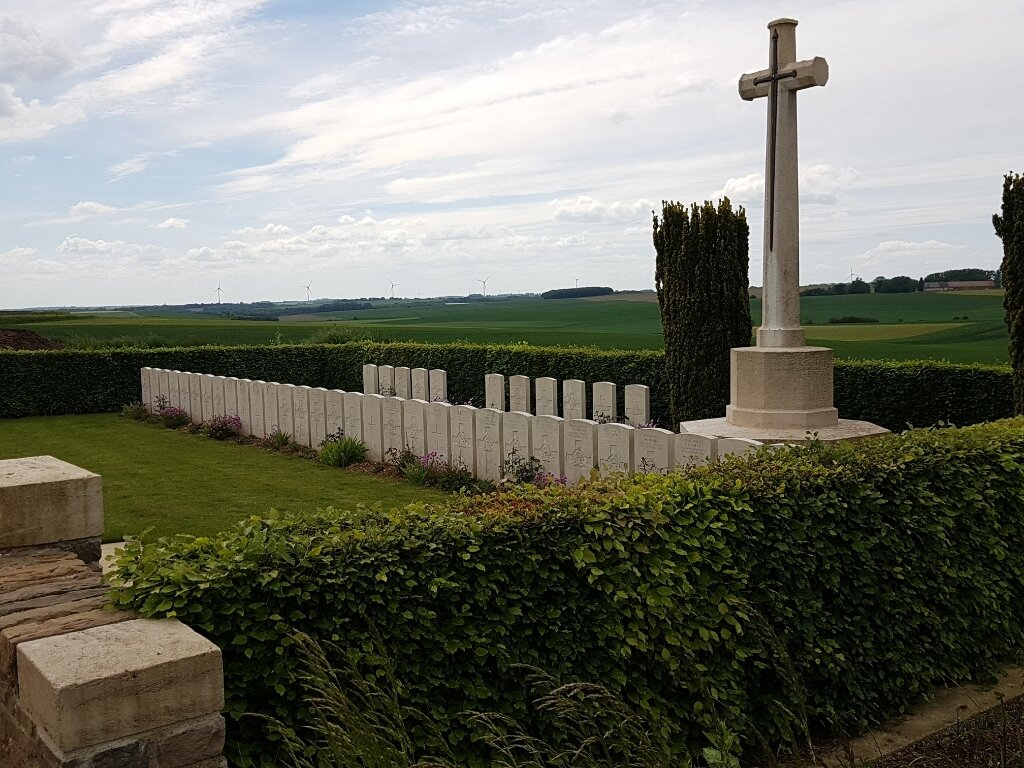 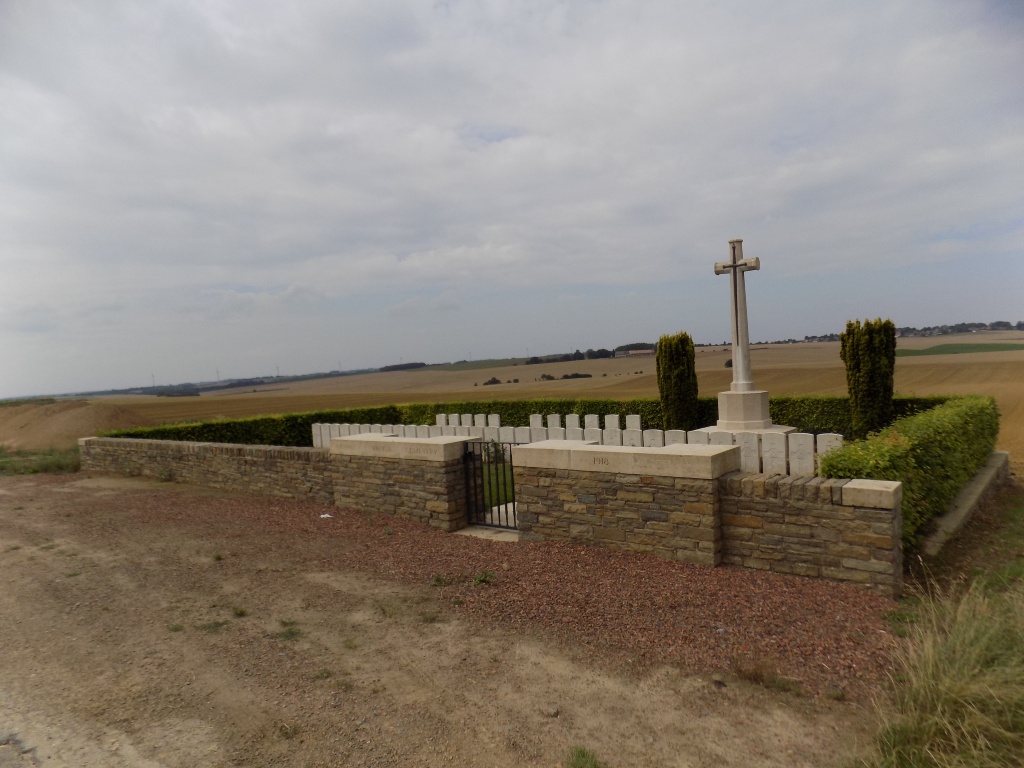 On 29 September - 2 October 1918, the Battle of the St. Quentin Canal was fought. The 46th (North Midland) Division stormed the Hindenburg Line at Bellenglise and captured 4,000 prisoners and 70 guns. The 30th United States Division captured Bellicourt and Nauroy, which were cleared by the 5th Australian Division.

The village of Magny-la-Fosse was taken by the 46th (North Midland) Division on 29 September 1918, after their capture of Bellenglise, but the cemetery belongs rather to the 32nd Division, who followed after them.

Uplands Cemetery contains 43 burials of the First World War, three of them unidentified.