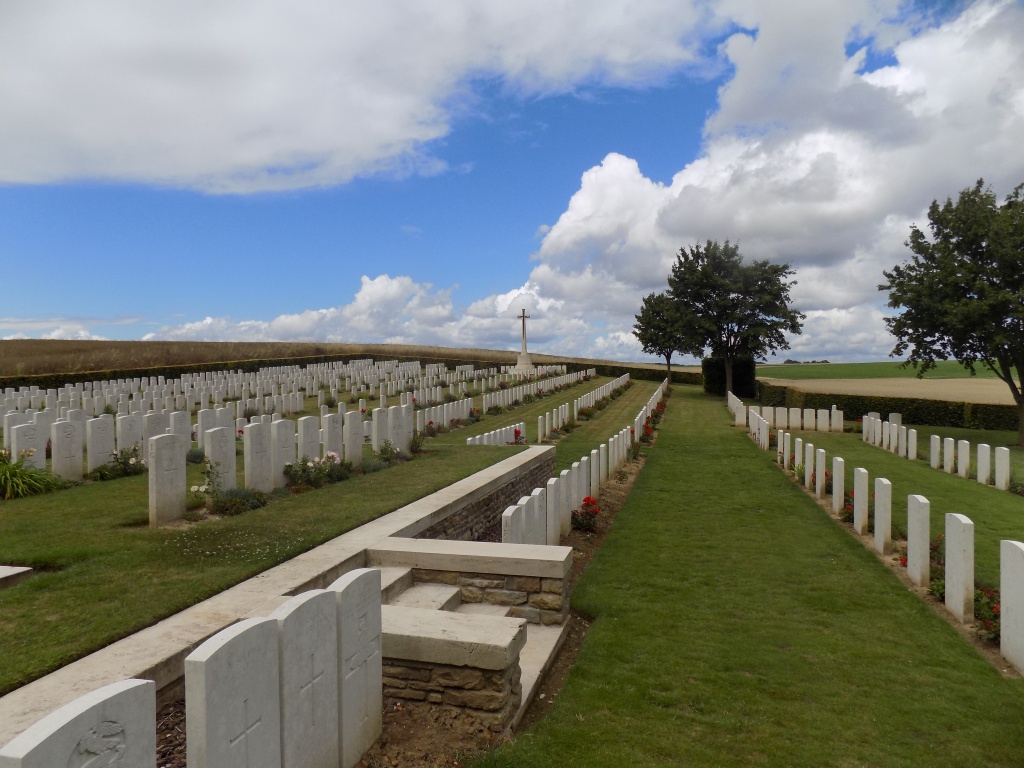 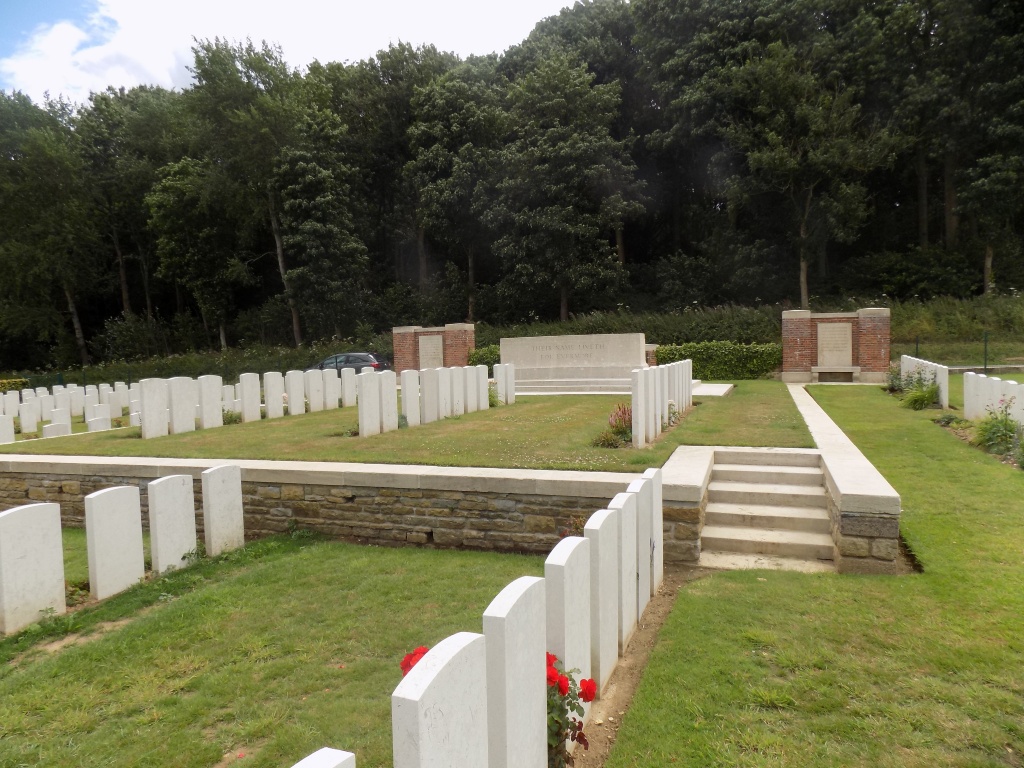 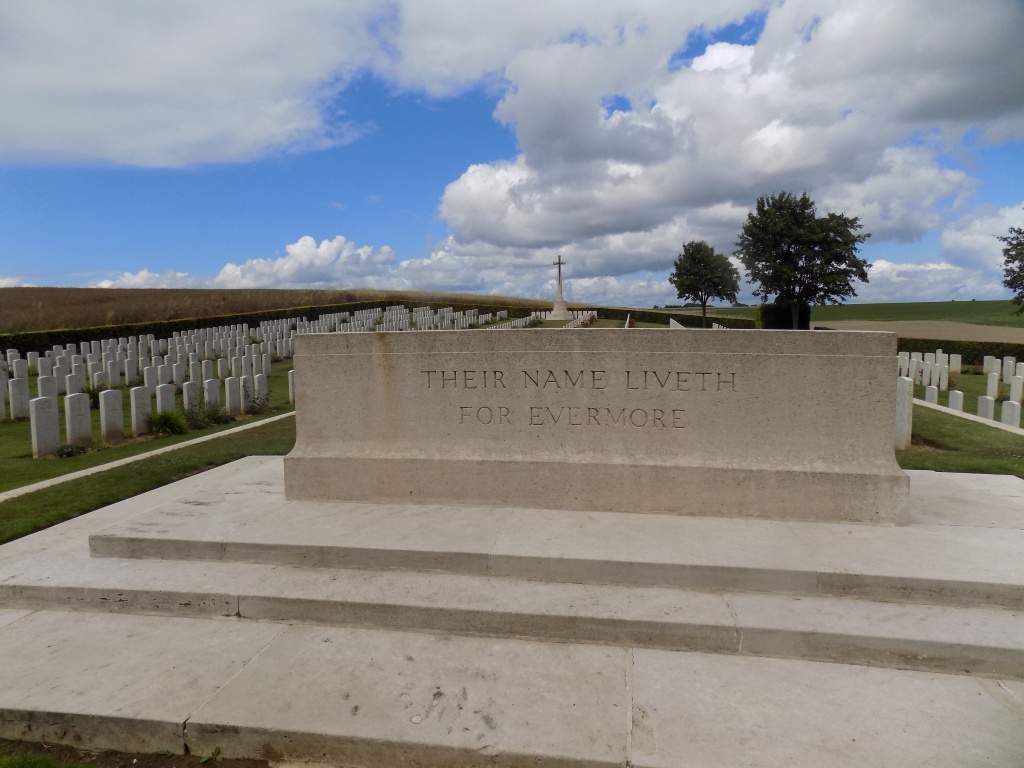 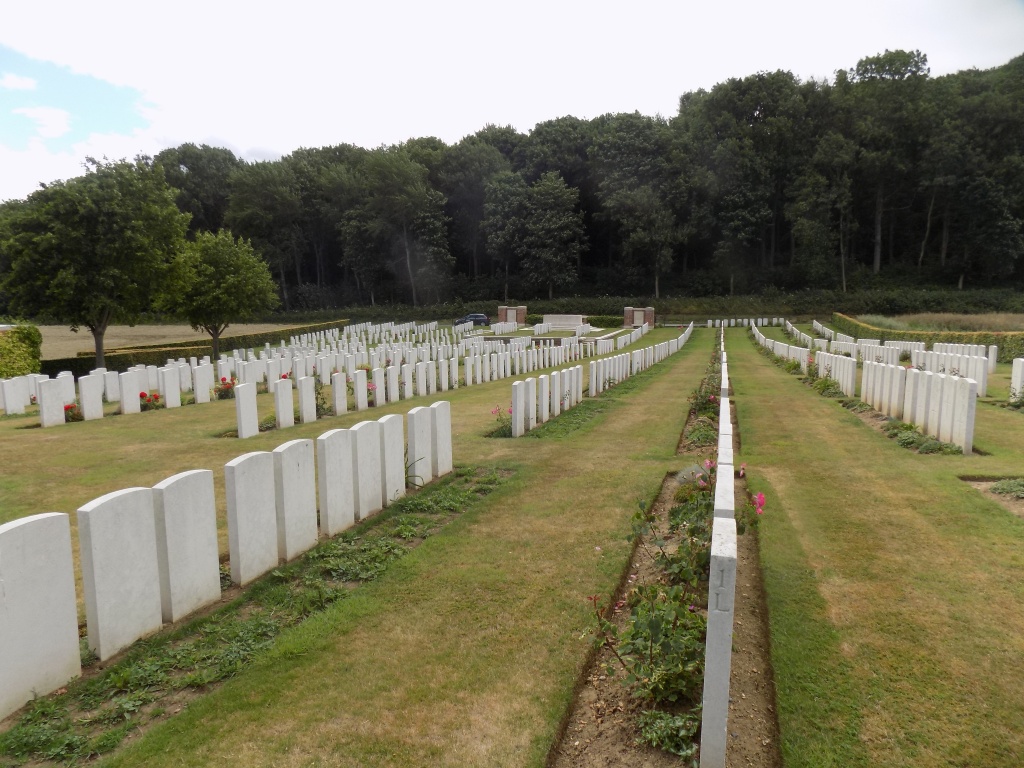 Bernafay Wood British Cemetery is 10 kilometres east of Albert and 2 kilometres south of Longueval on the D197, in the direction of Maricourt. Bernafay wood cemetery has suffered flooding from neighbouring fields. We Shall be clearing off the layer of silt as soon as possible but this needs to partially dry out before this can be completed.

Montauban village was taken by the 30th and 18th Divisions on 1 July 1916 and it remained in Commonwealth hands until the end of March 1918. It was retaken on 25 August 1918 by the 7th Buffs and the 11th Royal Fusiliers of the 18th Division. The Bois De Bernafay is a pear-shaped wood close to the east end of Montauban village. It was taken on 3 and 4 July 1916 by the 9th (Scottish) Division. On 25 March 1918, in the retreat to the Ancre, the same Division was driven from the wood but recaptured it for a time. On 27 August 1918 it was finally regained by the 18th Division. The cemetery was begun by a dressing station in August 1916 and used as a front-line cemetery until the following April. It contained at the Armistice 284 burials but was then increased when graves were brought in from Bernafay Wood North Cemetery and from the battlefields immediately east of the wood. BERNAFAY WOOD NORTH CEMETERY was opposite the North edge of the wood, a little East of the Longueval - Maricourt road. It was begun by an Advanced Dressing Station, and used from July to October 1916. It contained the graves of 80 soldiers from the United Kingdom and 1 German prisoner. Bernafay Wood British Cemetery now contains 945 burials and commemorations of the First World War. 417 of the burials are unidentified but there are special memorials to 11 soldiers known or believed to be buried here. Other special memorials commemorate 12 soldiers buried in Bernafay Wood North Cemetery whose graves were destroyed by shell fire. The cemetery was designed by Sir Herbert Baker.