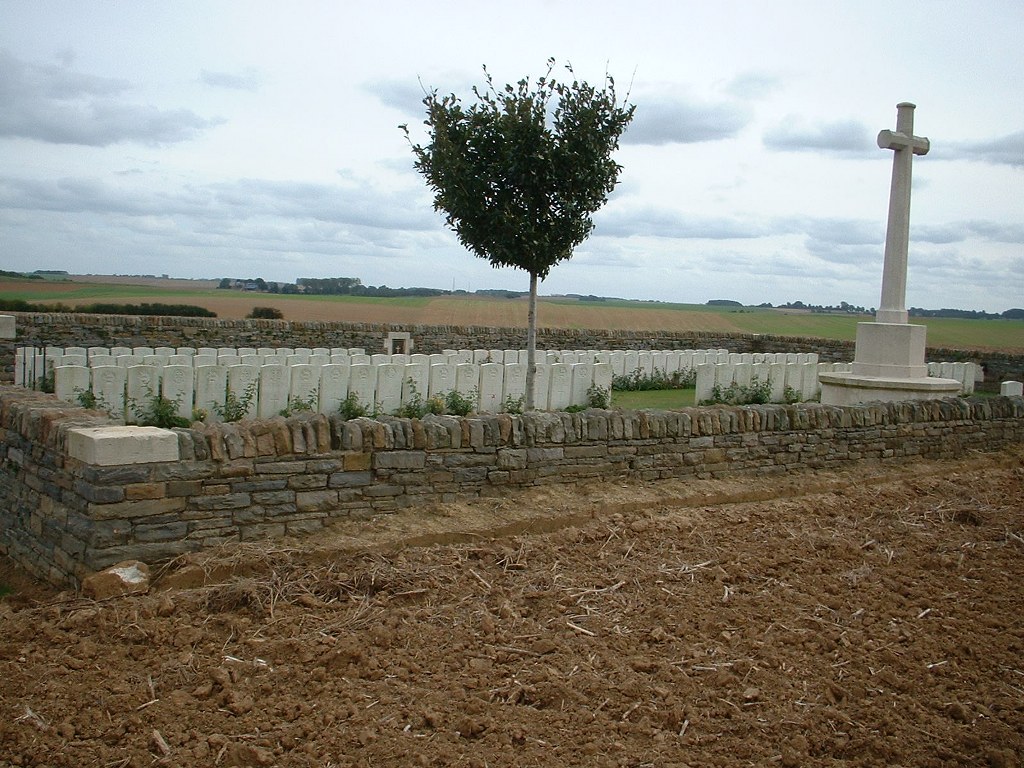 Please note, this cemetery is located 2 kilometres from the main road up a farm track, which can be difficult to drive along after wet or icy weather.

Villers-Guislain was occupied by Commonwealth forces from April 1917 until the German counter attacks (in the Battle of Cambrai) at the end of November 1917. It was lost on 30 November and retained by the Germans on 1 December in spite of the fierce attacks of the Guards Division and tanks. The village was finally abandoned by the Germans on 30 September 1918, after heavy fighting.

Meath Cemetery is due south of the village, in the fields between "Targelle Ravine" and "Pigeon Ravine". It was made by the 33rd Division Burial Officer in October 1918.

The cemetery contains 125 burials and commemorations of the First World War, the majority of whom belonged to the Cameronians, the Queen's Royal West Surreys and the London Regiment. 21 of the burials are unidentified but there are special memorials to three men of the 1st Cameronians known or believed to be buried among them.