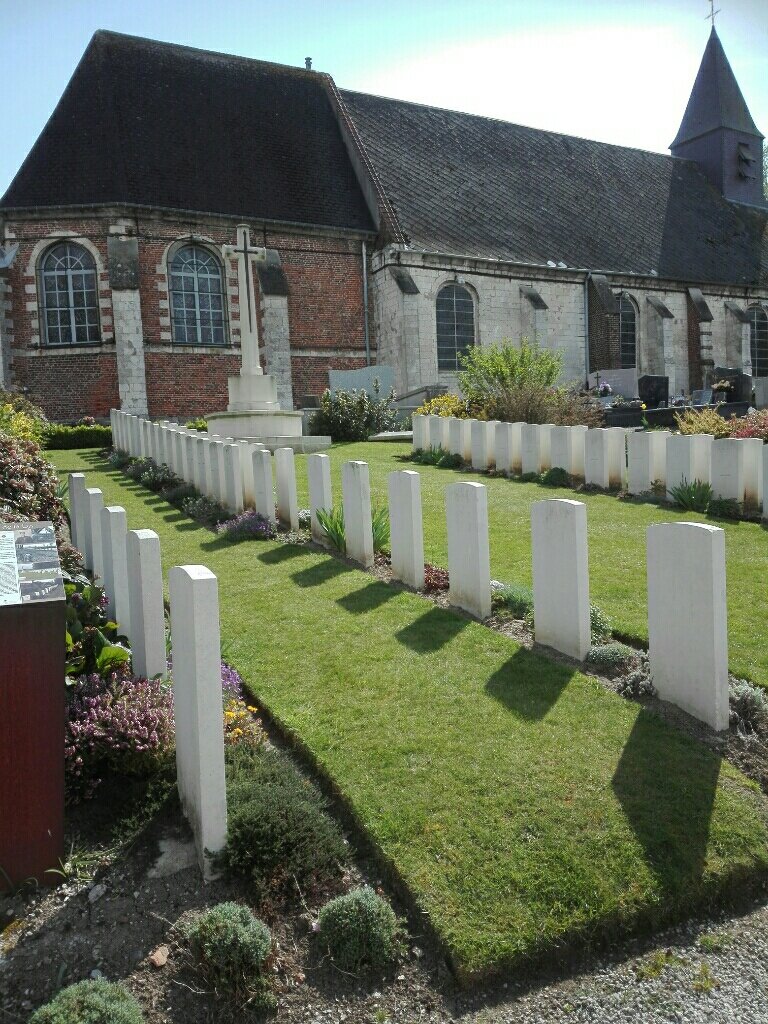 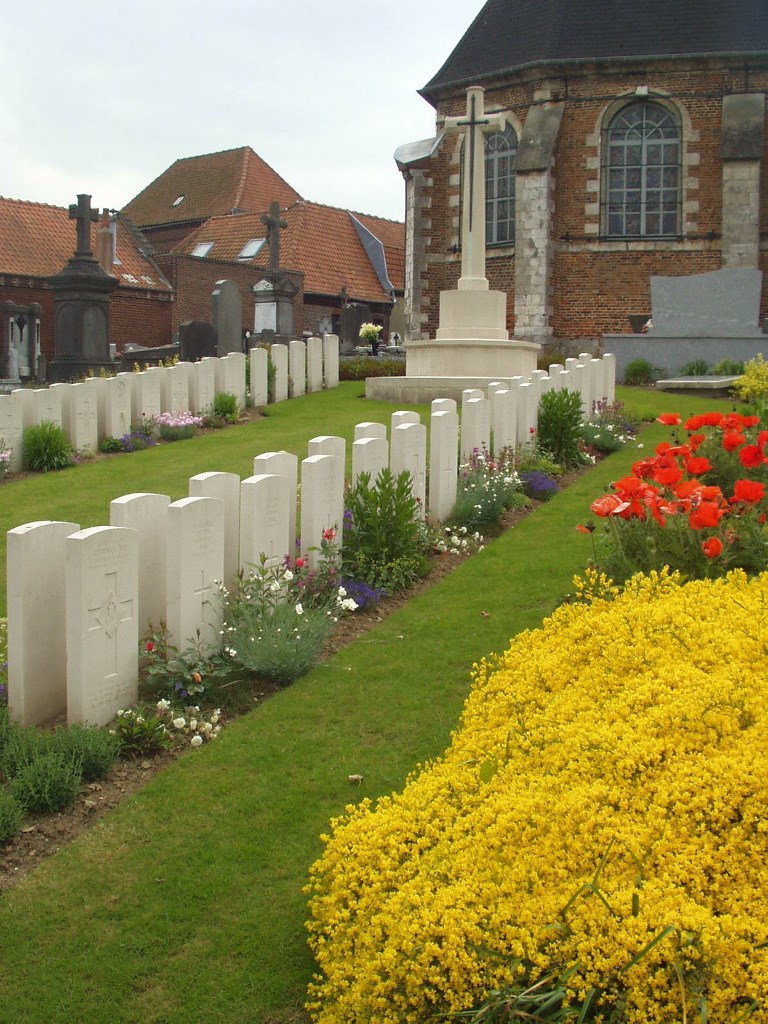 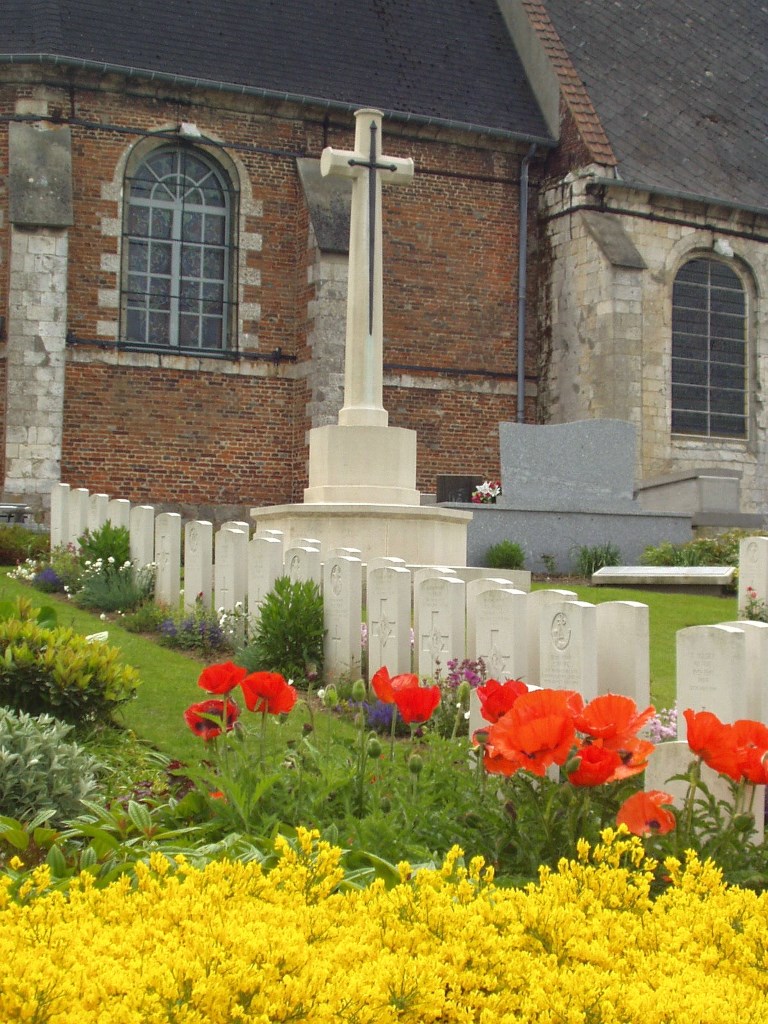 Mont-Bernanchon (also spelt as Mont-Bernenchon) is a village and commune in the Pas de Calais, 8 kilometres north-north-west of Bethune, a town on the road from Arras to Hazebrouck. From Bethune follow the D937 road in the direction of Hazebrouck. Mont-Bernanchon Churchyard is in the middle of the village and the Commonwealth War Graves Plot is in the north-east corner of the churchyard.

In April 1918, the German advance on the Lys was checked and stopped a little to the east of the village.