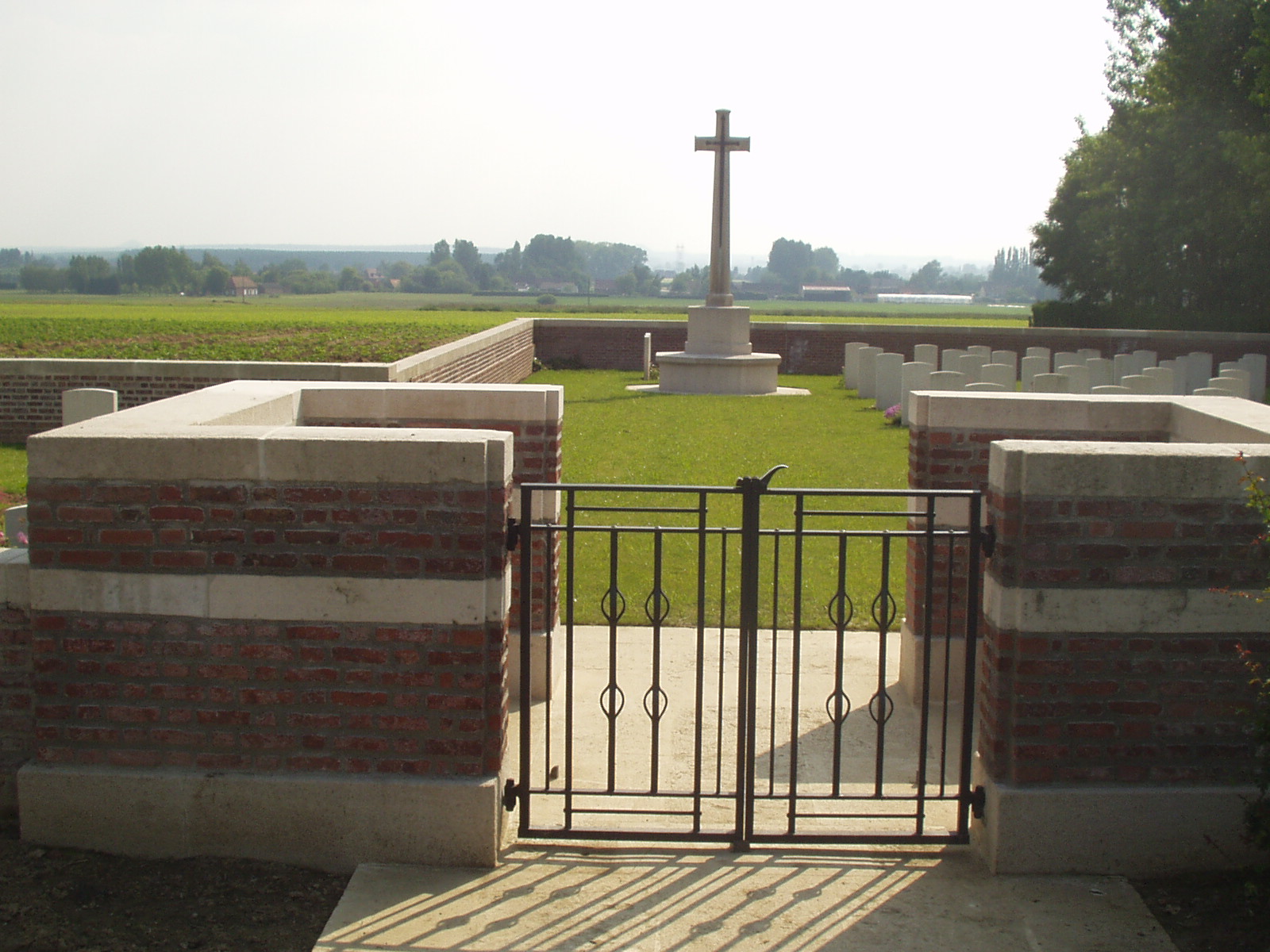 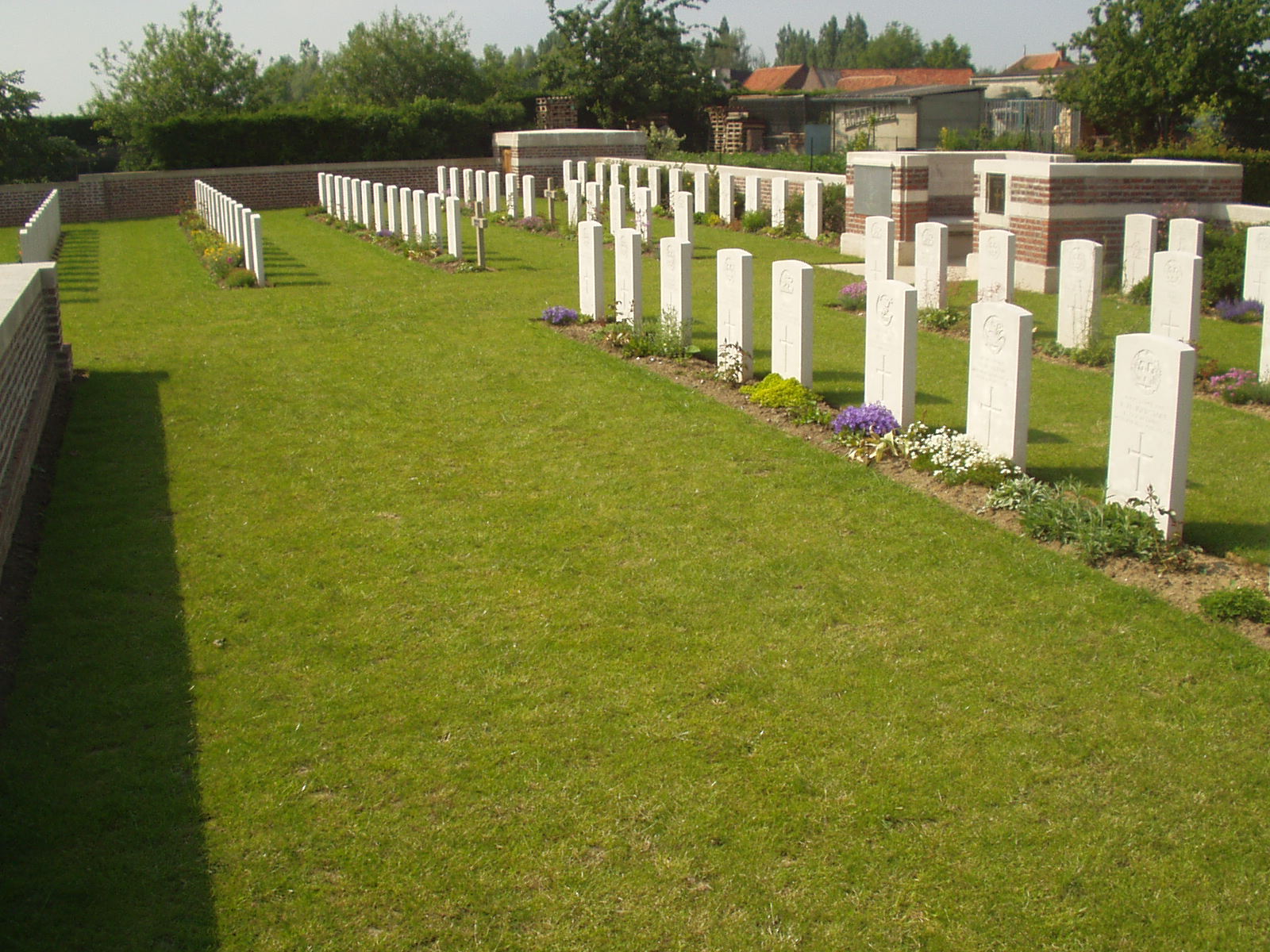 Mont-Bernanchon (also spelt as Mont-Bernenchon) is a village 8 kilometres north-north-west of Bethune. From Bethune follow the D937 road in the direction of Hazebrouck. About 6 kilometres along this road is the village of Mont Bernanchon. Just before you enter the village the Cemetery lies on the left hand side of the road, set back along a chemin d'access, approximately 100 metres from the roadside.

In April 1918, the German advance on the Lys was checked and stopped a little to the east of the village. The cemetery was begun by the 2nd Lancashire Fusiliers in April 1918 and used by fighting units and the XIII Corps Burial Officer until August 1918.