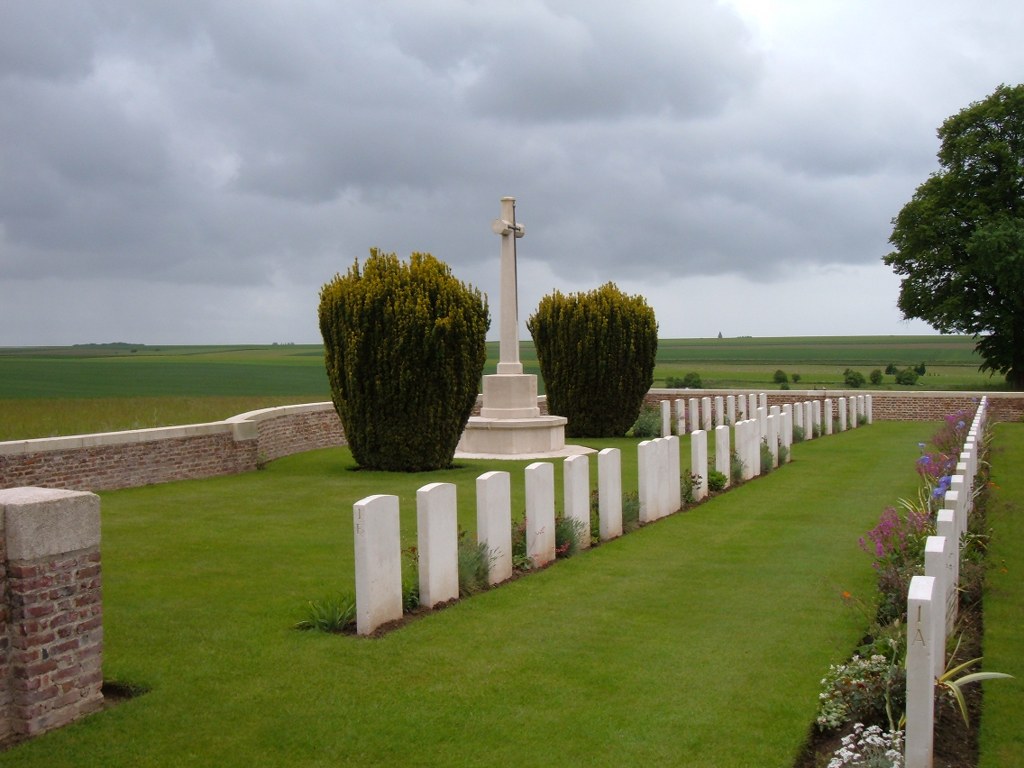 Lagnicourt-Marcel is a village situated north of the Bapaume to Cambrai road. From Bapaume take the N30 in the direction of Cambrai. After passing the village of Beugny, continue for approximately 1 kilometre and then turn left onto the D18 in the direction of Croissilles. Continue for 3.6 kilometres. Once in the village of Lagnicourt-Marcel, turn first left at the CWGC signpost. The Cemetery will be found 300 metres further on the right.

Lagnicourt was taken in April 1917. On the 15th April it was the scene of a desperate counter-attack by the Prussian Guard, which was repelled. It was lost on the 21st March 1918, and retaken by the 2nd Guards Brigade on the following 3rd September. Lagnicourt Hedge Cemetery was begun by the 7th Somerset Light Infantry in June 1917 (though one Australian grave of April, 1917, is in Row C), and used until November 1917. Plot II was made in March 1918 by the enemy (who called the cemetery Lagnicourt Cemetery No. 2, having three others in the commune). Plot I was completed by the Guards Division in September 1918. This cemetery contains the graves of 63 First World War Commonwealth casualties, one of which is unidentified and 15 burials of other nationalities.