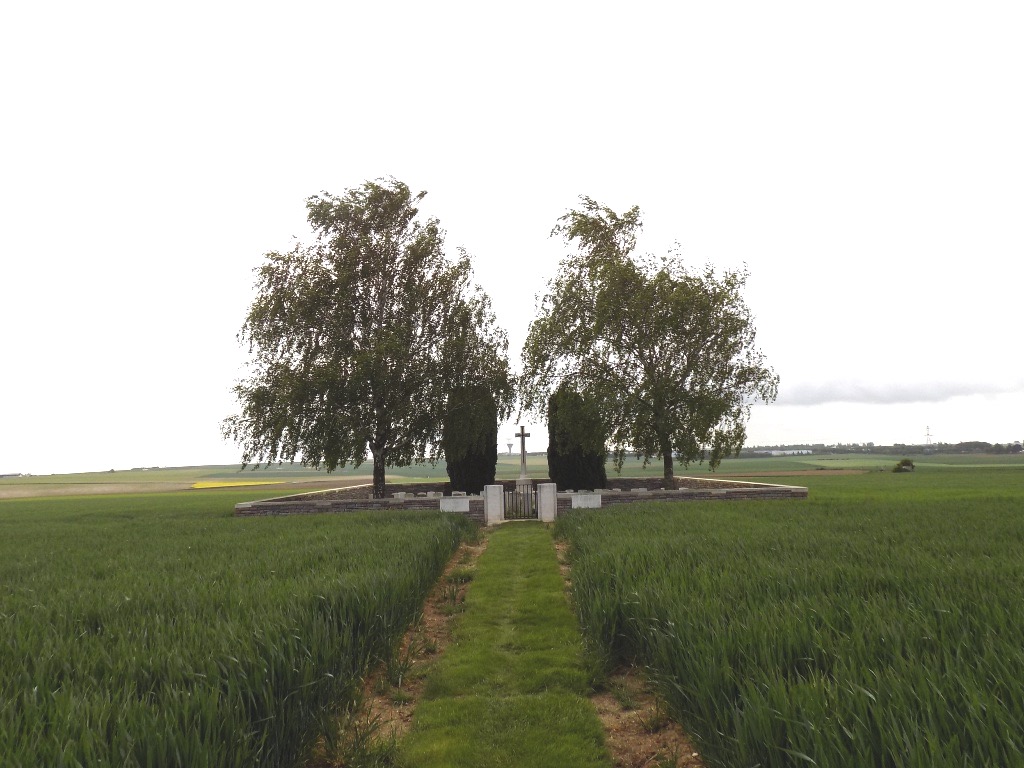 The village of Tilloy-les-Mofflaines was captured on 9 April 1917 by the 3rd Division, which was followed up by the 37th.

Bunyans Cemetery (the origin of the name is not known) was begun by infantry units (Row A) after the advance in April 1917 and Rows B to E were made between April and 4 July 1917 by the 62nd and 63rd Brigades, Royal Field Artillery.

The cemetery was designed by G H Goldsmith.