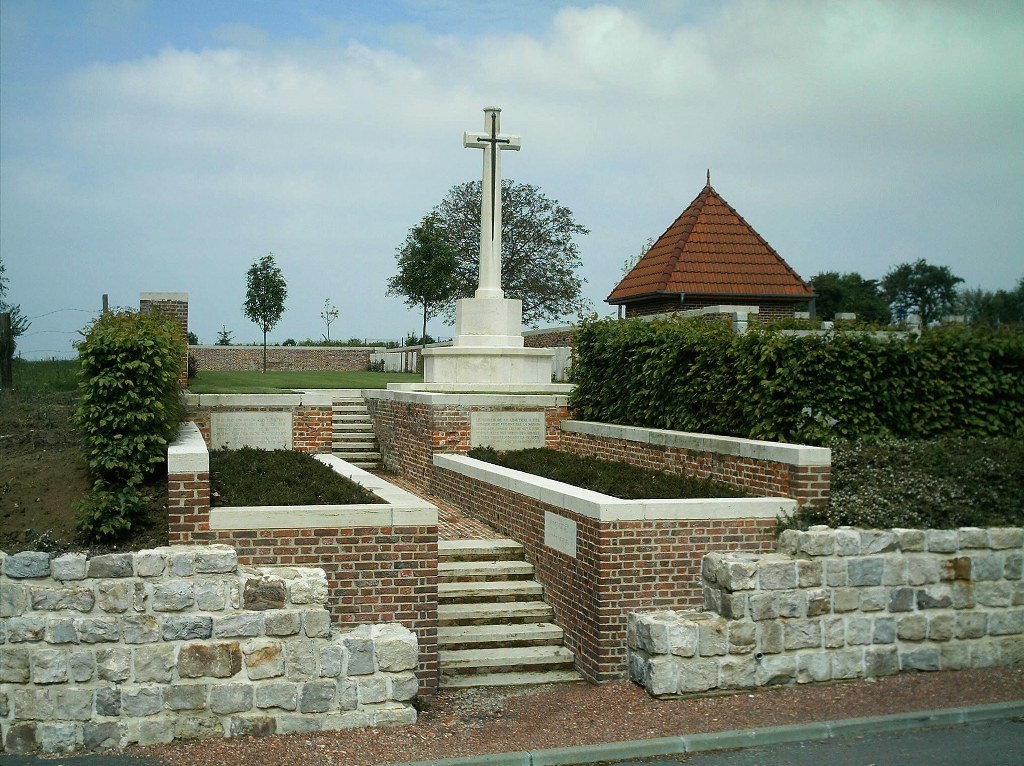 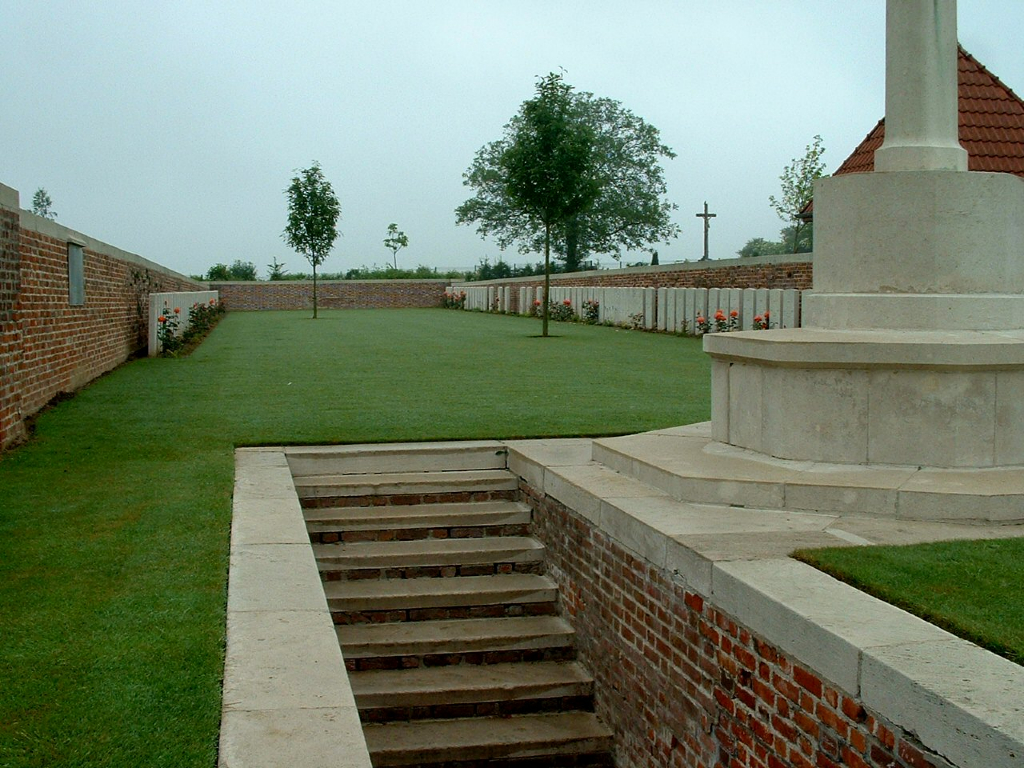 Ghissignies is in the Department of the Nord, south-west of Le Quesnoy. The British Cemetery is on the north-west side of the road to Le Quesnoy, 100 metres away from the water tower on the D86.

Ghissignies village was taken by the 37th Division on the 24th October, 1918.

Ghissignies Churchyard contained, near the North-West corner, the graves of two soldiers of the 37th Battalion Machine Gun Corps, who fell on 4 November 1918; but these graves were concentrated into the British Cemetery in 1928.

In Ghissignies British Cemetery, Row A was made after the capture of the village and contains almost exclusively the graves of soldiers of the 37th Division; Row B was made, and one grave was added to Row A, by the concentration of graves after the Armistice.

All but three of the graves concentrated to Ghissignies British Cemetery came from the two following burial grounds:-

LOCQUIGNOL COMMUNAL CEMETERY EXTENSION, in the middle of the Forest of Mormal, was made by a German medical unit and used by British units after the capture of the village on the 4 November 1918. It contained the graves of 142 German soldiers, later reburied at Le Cateau; one soldier from the United Kingdom buried by the enemy; and 24 soldiers from the United Kingdom buried by their comrades.

LOUVIGNIES BRITISH CEMETERY was on the East side of the village of Le Quesnoy. It was made by the 13th Rifle Brigade in November 1918, and it contained the graves of 22 soldiers of that battalion and four others from the United Kingdom. Twenty-three German graves, brought in by the French in 1920, were later removed to Le Cateau.

There are now over 100, 1914-18 war casualties commemorated in this site. Of these, a small number are unidentified and a special memorial records the name of another soldier from the United Kingdom, buried by the enemy at Locquignol, whose grave could not be found.

The cemetery covers an area of 617 square metres and is enclosed by a brick wall.