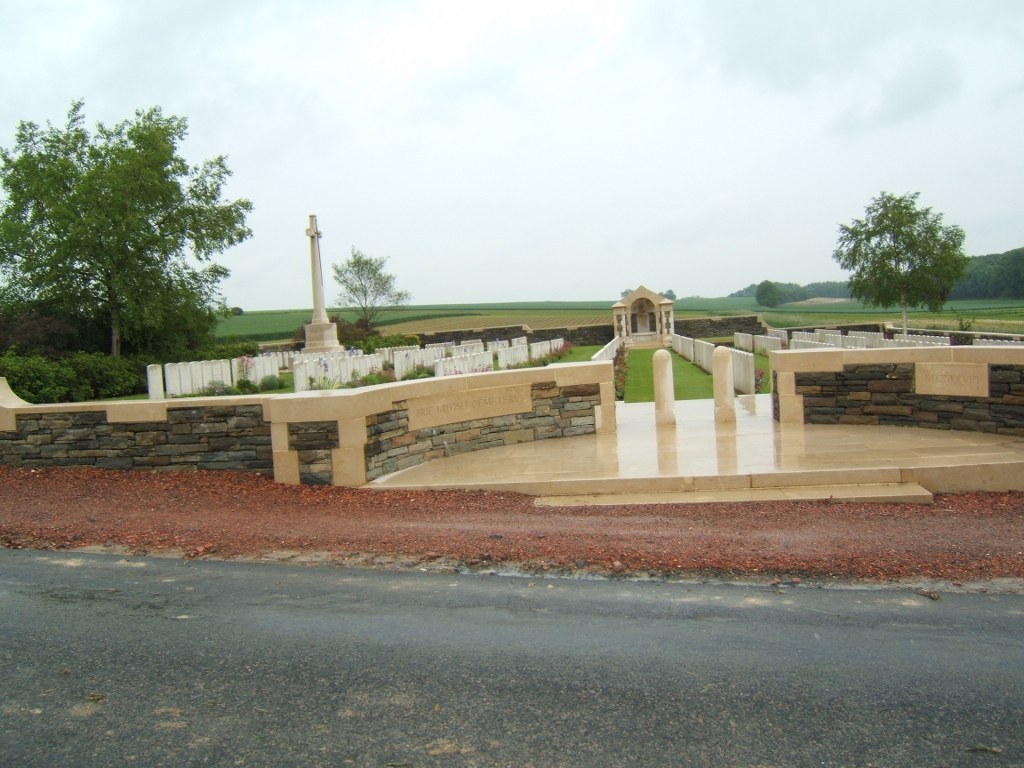 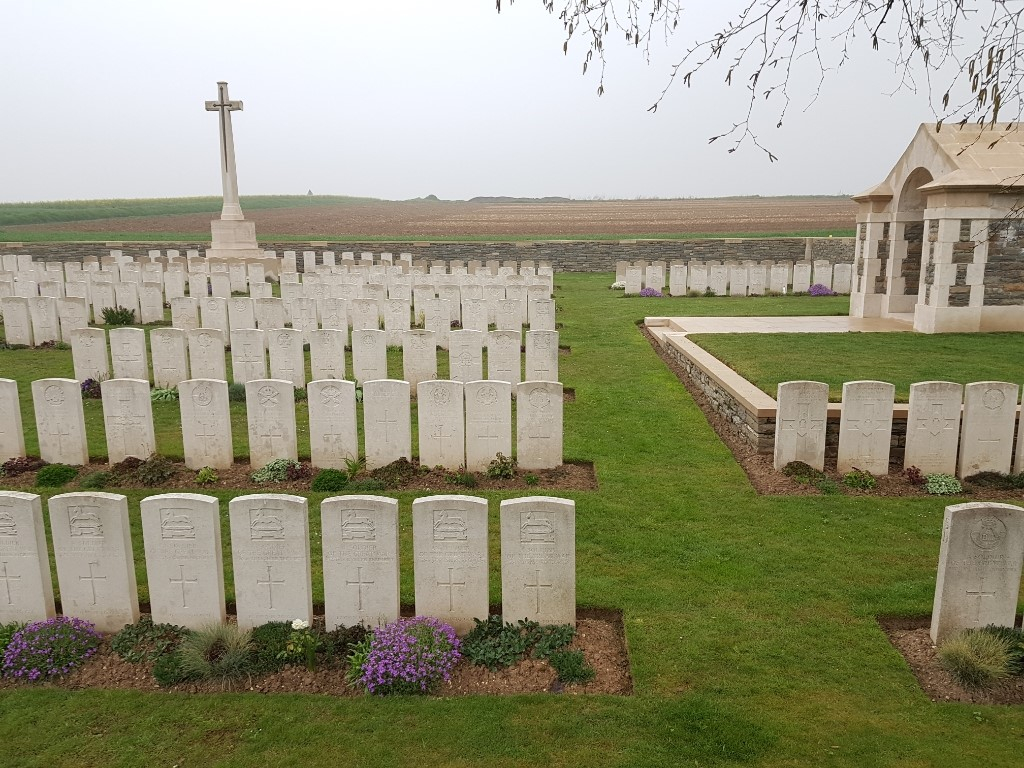 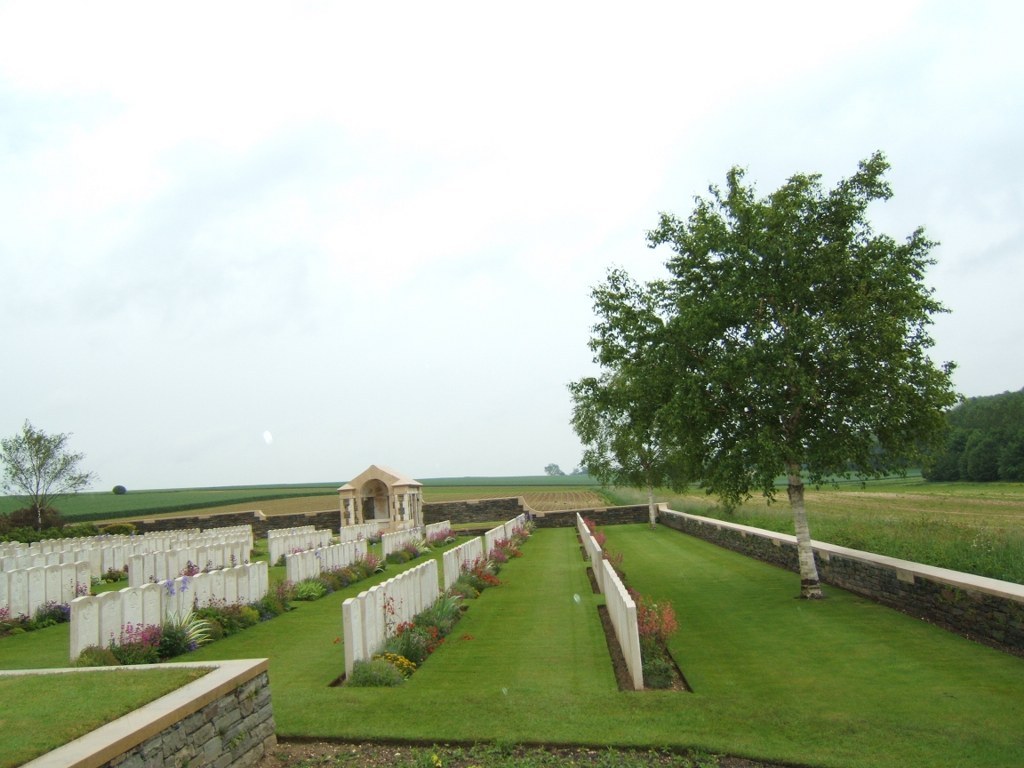 Brie is a village on the Amiens-St Quentin road (D1029). The Cemetery lies on the left side of the D88 road about 1 kilometre from Brie in the direction of St Crist-Briost.

On 18-20 March 1917, Commonwealth troops repaired the bridge and took the village of Brie during the German retreat to the Hindenburg Line. The village and the bridge were later lost on 23 March 1918, during the German offensive, but were regained on 5 September when the 32nd Division cleared the village. The cemetery was begun by Commonwealth units after the second occupation of the village and taken over by the 5th, 47th and 48th Casualty Clearing Stations, which were posted at Brie in September and October before being moved on along the St. Quentin road to Bihecourt, near Vermand. It was enlarged after the Armistice when graves were brought in from the battlefields east and south of Brie and the following cemeteries:- ST. CREN BRITISH and GERMAN CEMETERIES, MONS-ENCHAUSSEE, were side by side at the North-Western exit of the hamlet of St. Cren. They contained the graves of 23 soldiers from the United Kingdom and four from Australia, who fell in March, April, September and October, 1918. Brie British Cemetery contains 409 Commonwealth burials and commemorations of the First World War. 49 of the burials are unidentified but there are special memorials to 15 casualties known or believed to be buried among them. There are also 36 German war graves in the cemetery. The cemetery was designed by Sir Herbert Baker.