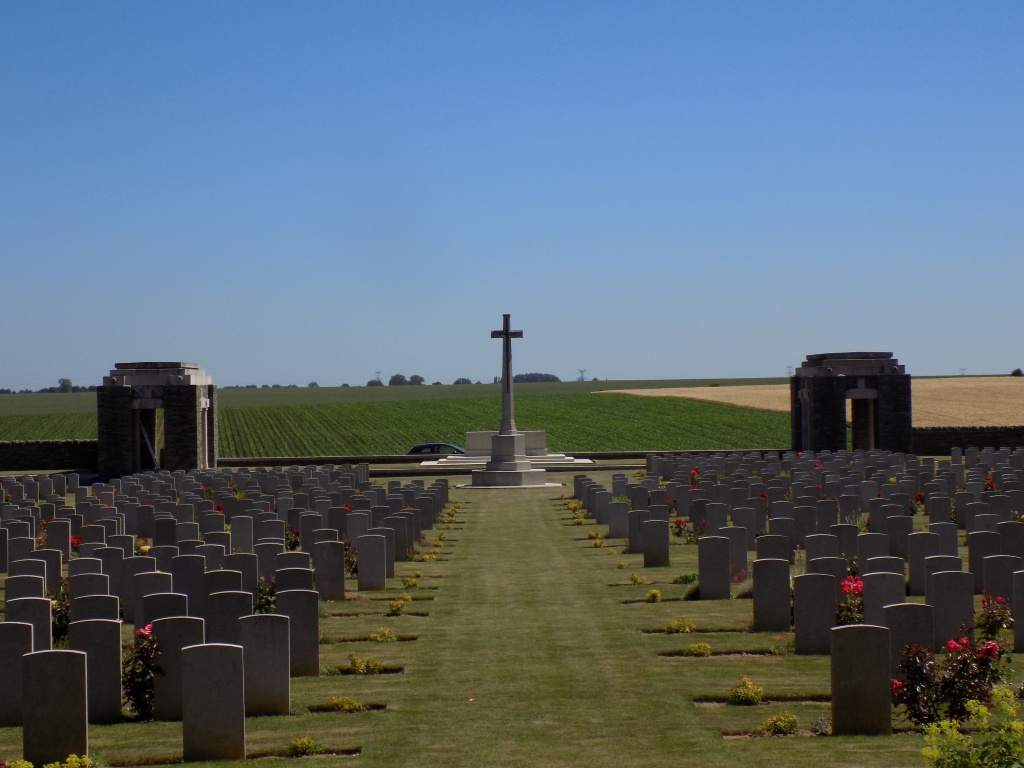 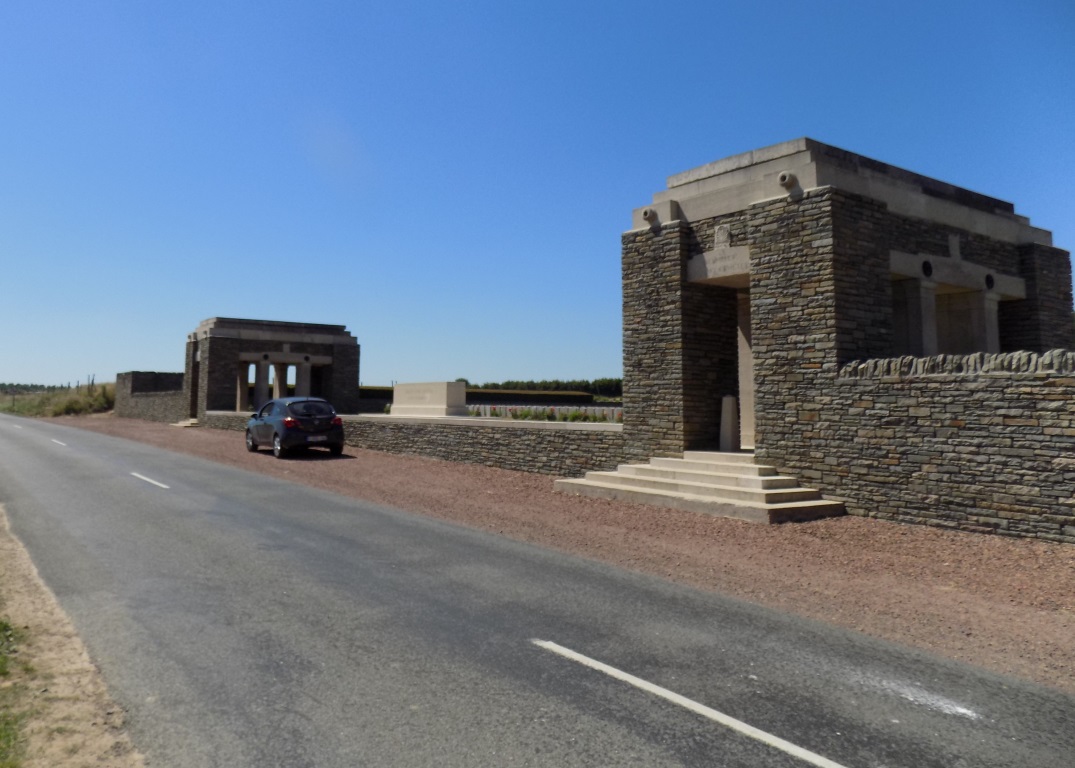 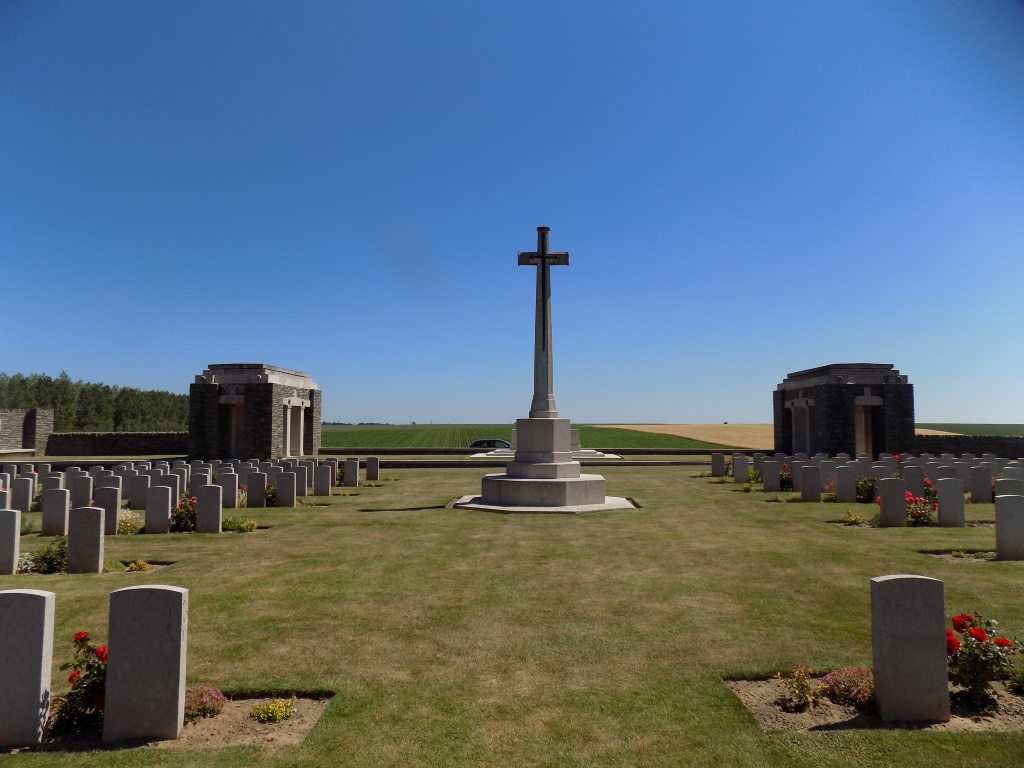 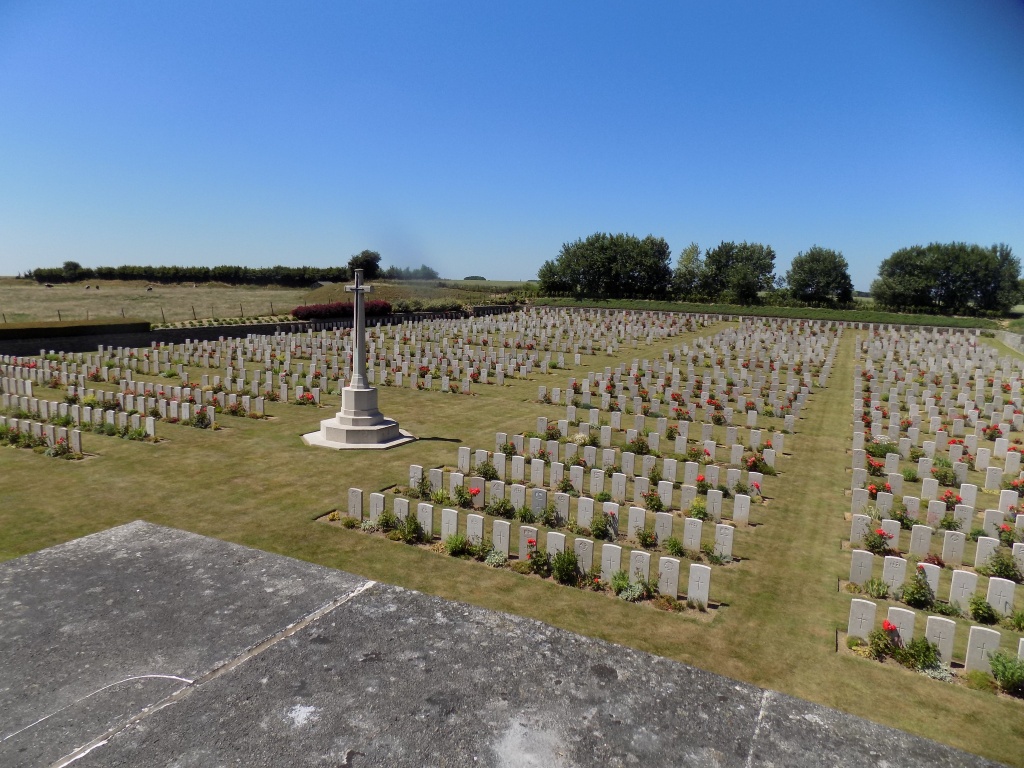 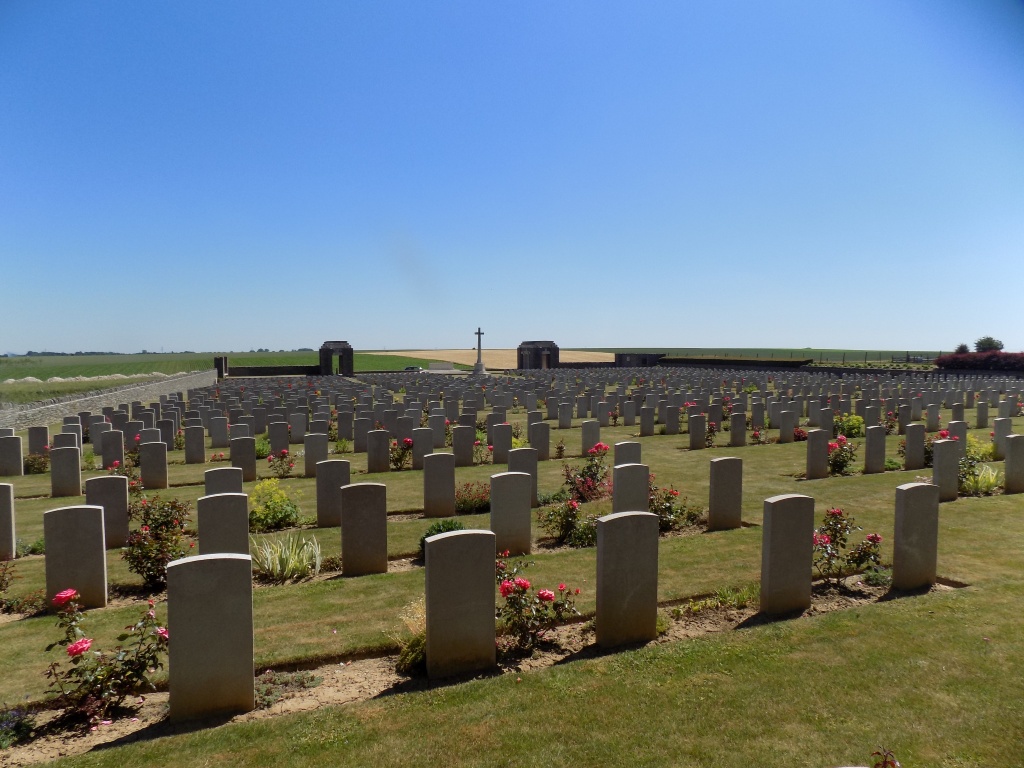 Bienvillers is a large village in the department of the Pas de Calais 18 kilometres south-west of Arras. The Military Cemetery is just beyond the village on the south road leading to Souastre (D2). A CWGC signpost indicating directions to the site is situated on the village square.

Bienvillers Military Cemetery was begun in September 1915 by the 37th Division, carried on by other Divisions in the line until March 1917, reopened from March to September 1918, when the village was again near the front line, and completed in 1922-24 when a number of graves, mainly of 1916, were brought in from the battlefields of the Ancre. Its twenty-one plots show a remarkable alternation of original burials in regimental or divisional groups, and groups of concentrated graves. The cemetery now contains 1,605 Commonwealth burials and commemorations of the First World War. 425 of the burials are unidentified but there are special memorials to two casualties known or believed to be buried among them. The 16 Second World War burials all date from the early months of the war, before the German invasion in May 1940 forced the evacuation of the British Expeditionary Force from France.