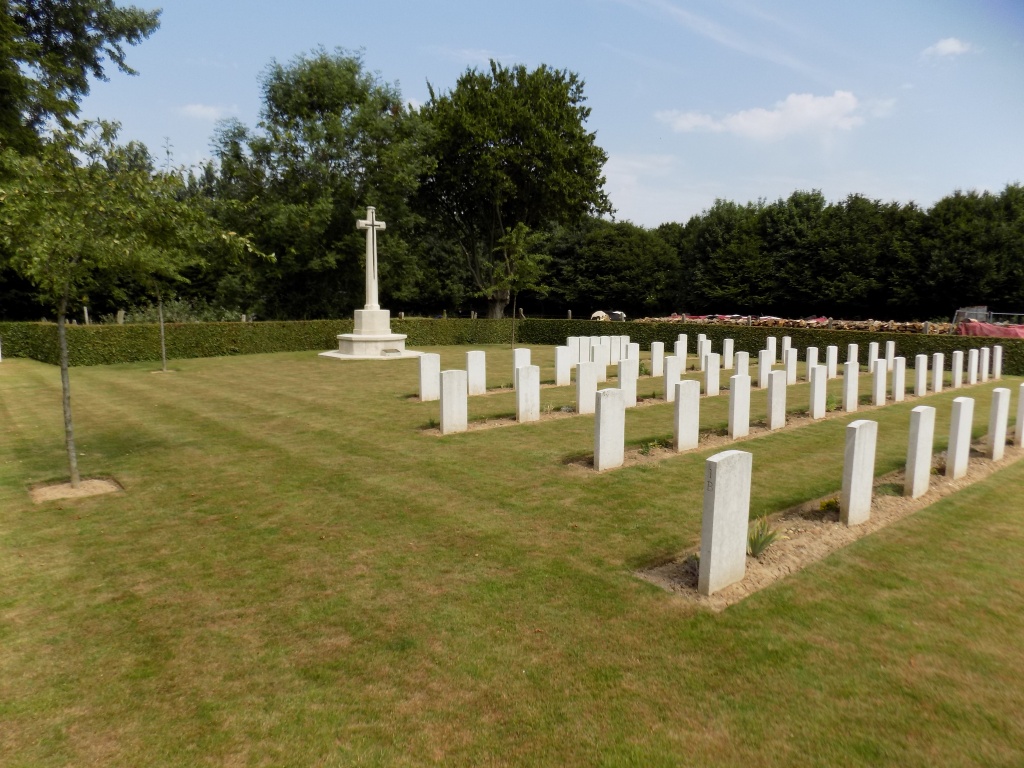 Humbercamps is a village in the department of the Pas de Calais situated just off the main road from Arras to Doullens, N25, along the D26 approximately 20 kilometres south west of Arras and 16 kilometres east of Doullens. The site lies to the north of the village alongside the Communal Cemetery. A CWGC signpost indicating the direction to the Cemetery can be found on the village green.

There are two War Graves in the Communal Cemetery and 79 in the Extension The EXTENSION is on the North- Eastern side of the Communal Cemetery, in part of an old orchard. It was used mainly by Field Ambulances, from September 1915 to February 1917 and for 6 burials in March 1918. It covers an area of 753 square yards.