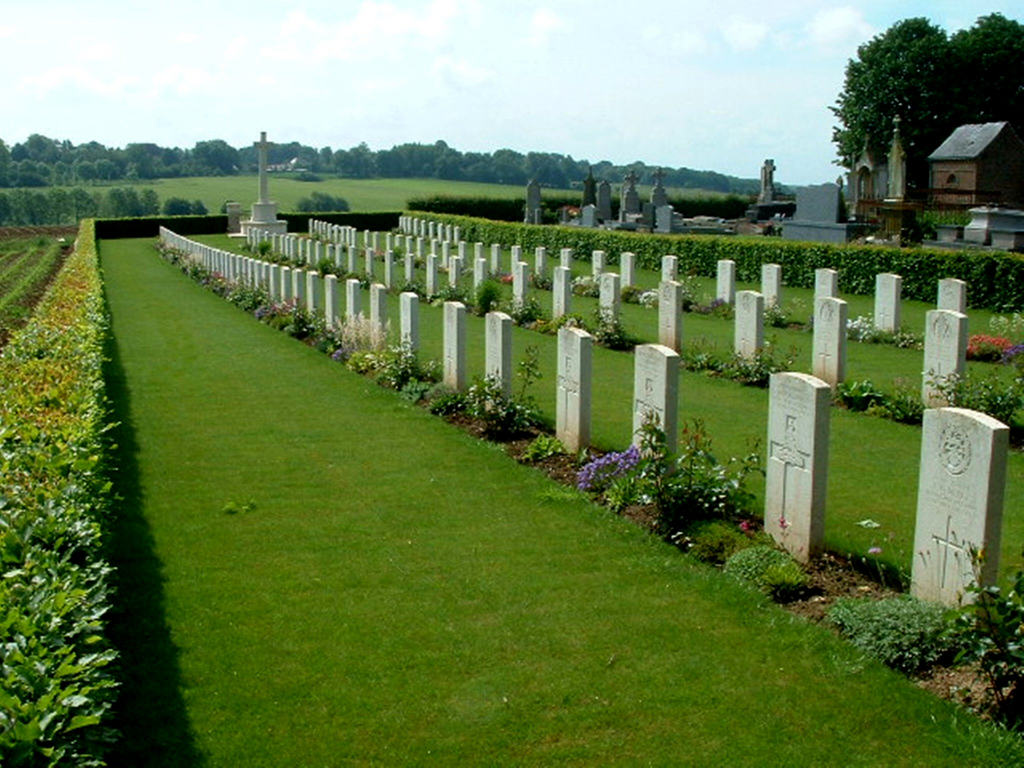 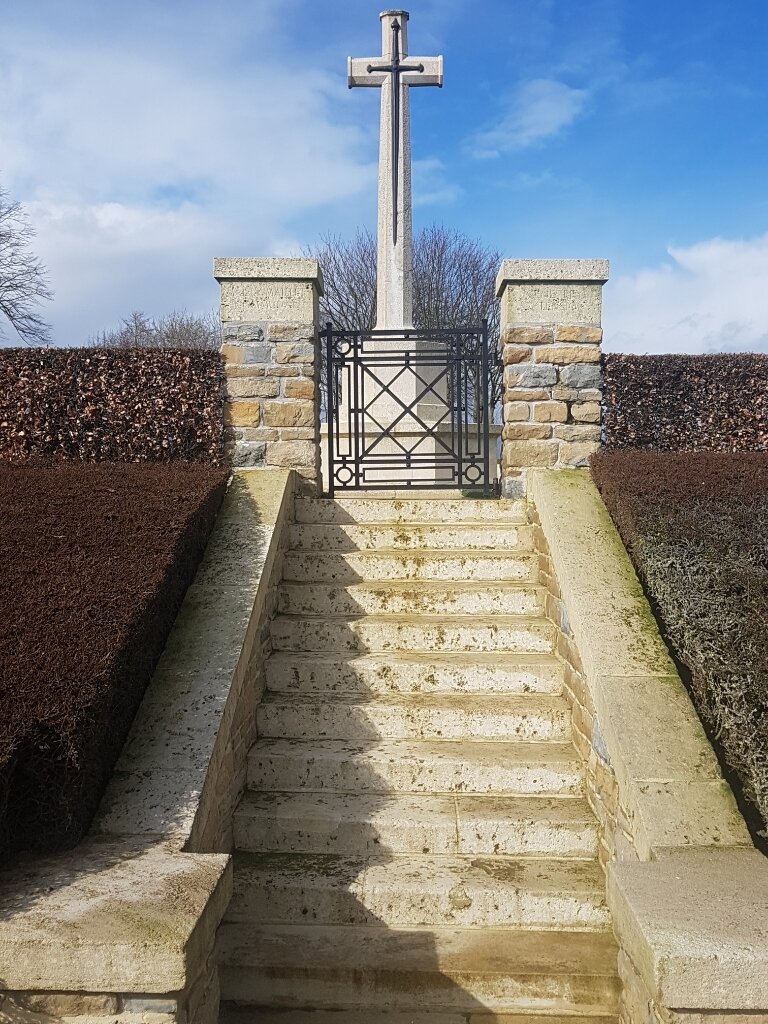 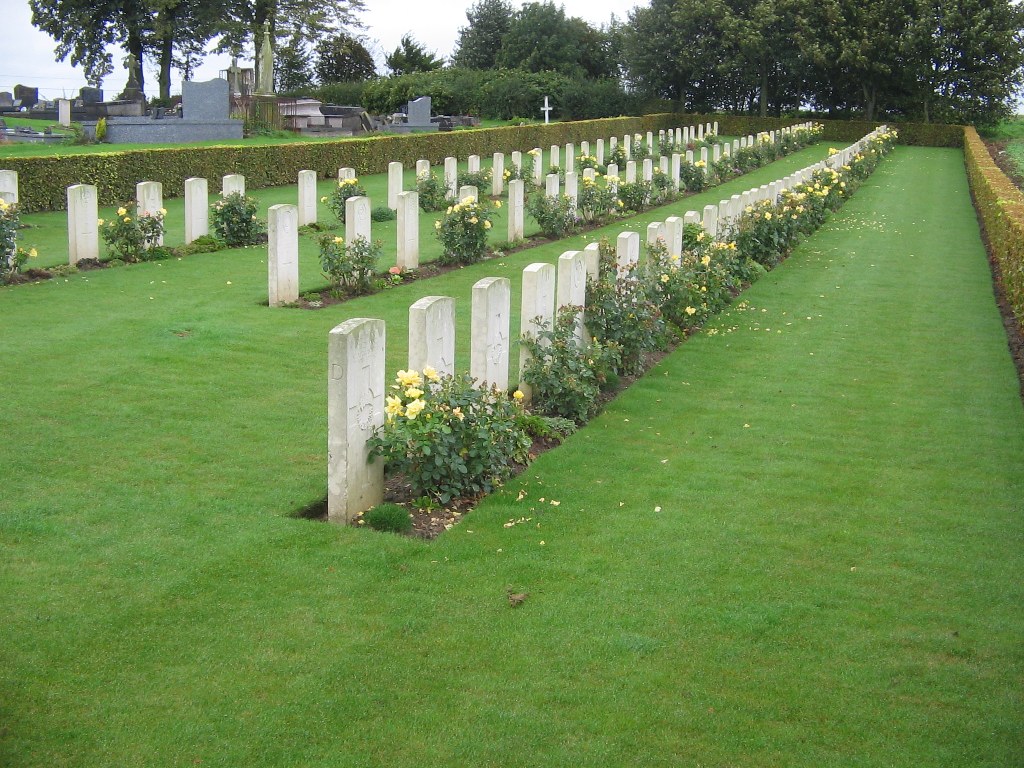 Mailly-Maillet is a village about 9 kilometres north of Albert. At the traffic lights in Mailly Maillet take the D120 in the direction of Colincamps following the CWGC sign. About 600 metres further on there is a small lane towards the Communal Cemetery and the Extension is on the east side of the Communal Cemetery.

Mailly-Maillet was comparatively quiet until the German advance at the end of March 1918. It remained in Allied hands, but was severely shelled and the catacombs under the village were prepared for use by the troops. The extension was begun by French units (mainly Engineers) in June 1915. Commonwealth forces relieved the French here in August 1915, and field ambulances and fighting units continued to use the extension until December 1916, then again in March-July, 1918. The 51 French graves and those of two German prisoners have been removed to other cemeteries. Mailly-Maillet Communal Cemetery Extension contains 126 First World War burials. The extension was designed by W C Von Berg.