Please note there there is a separate entrance suitable for wheelchair users. Visitors should also be aware that there are ledges from which it is possible to fall, if visiting with small children, please ensure they are supervised at all times. 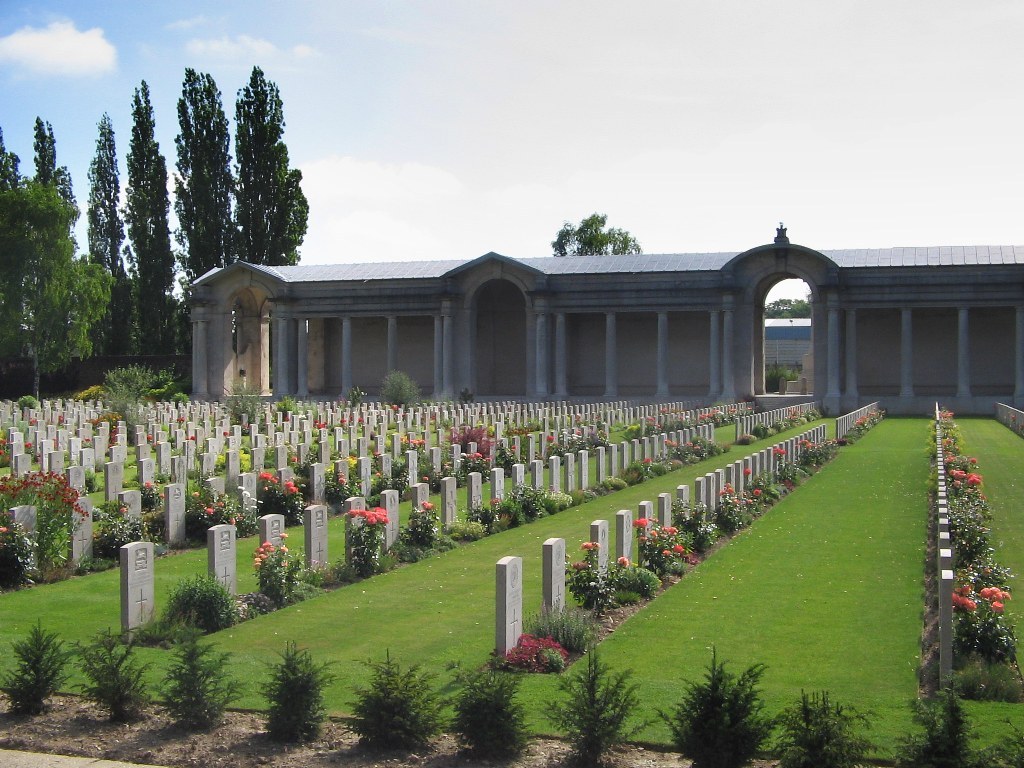 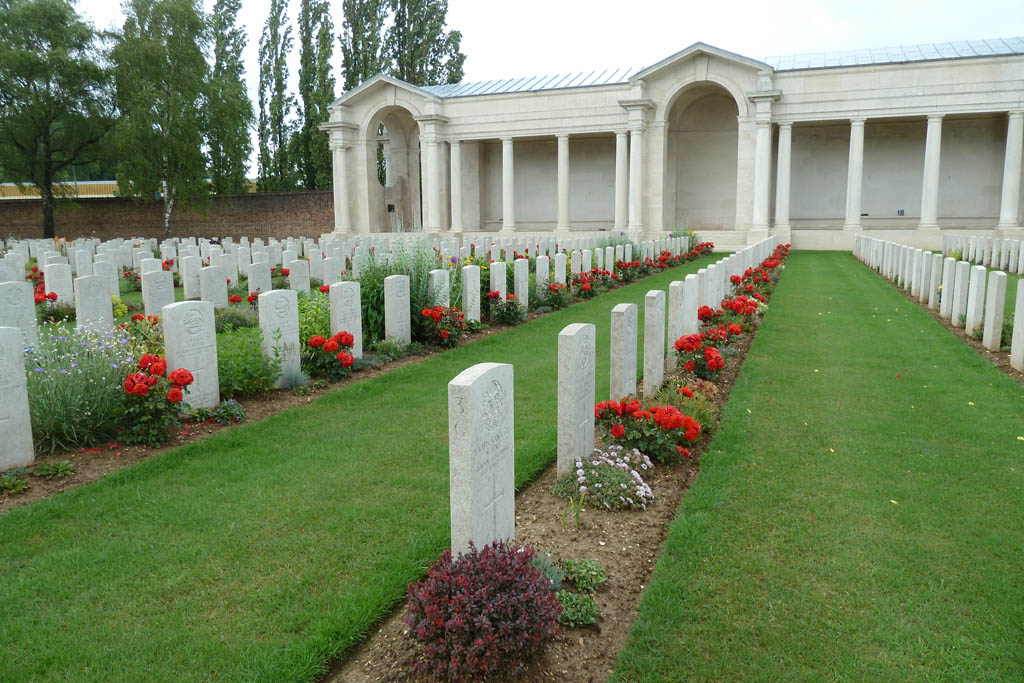 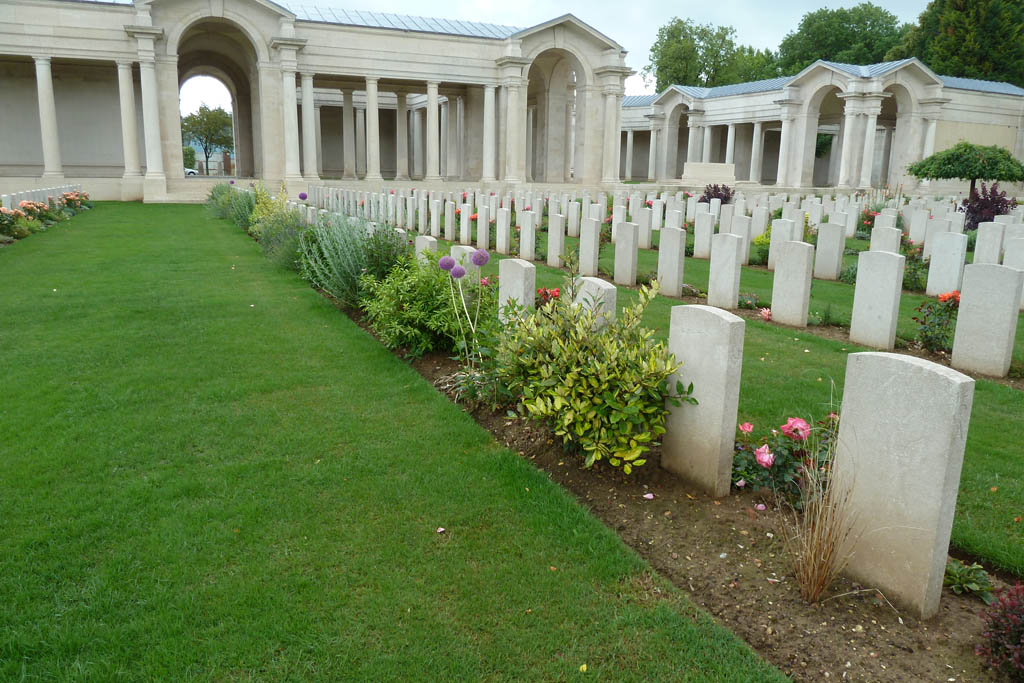 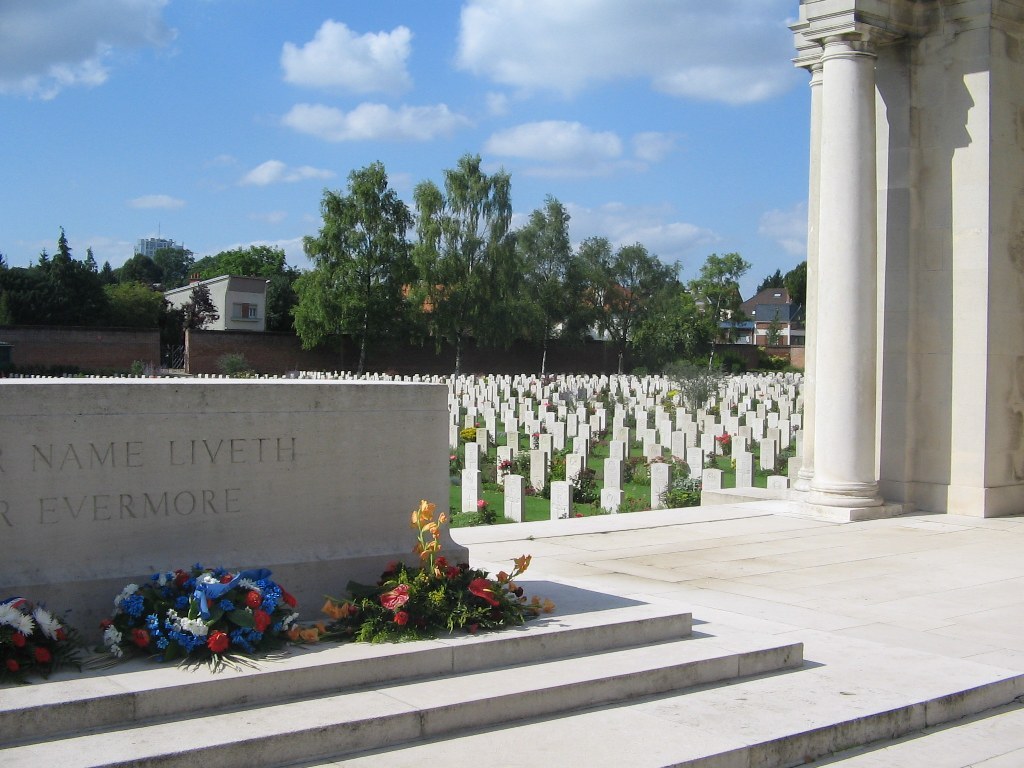 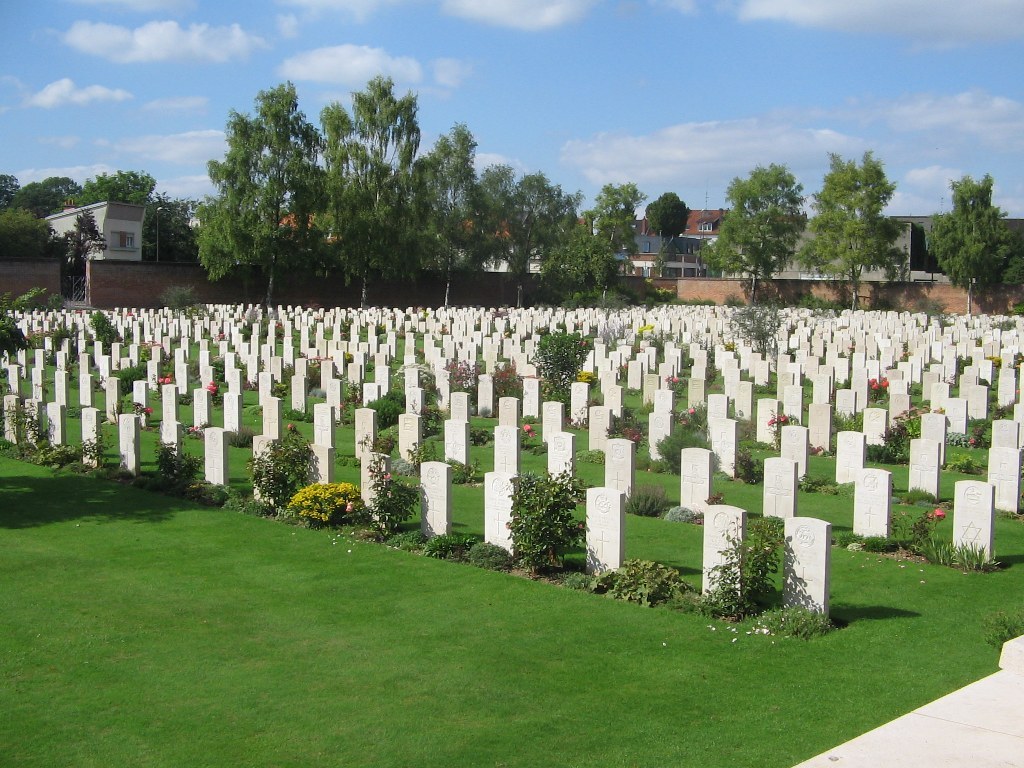 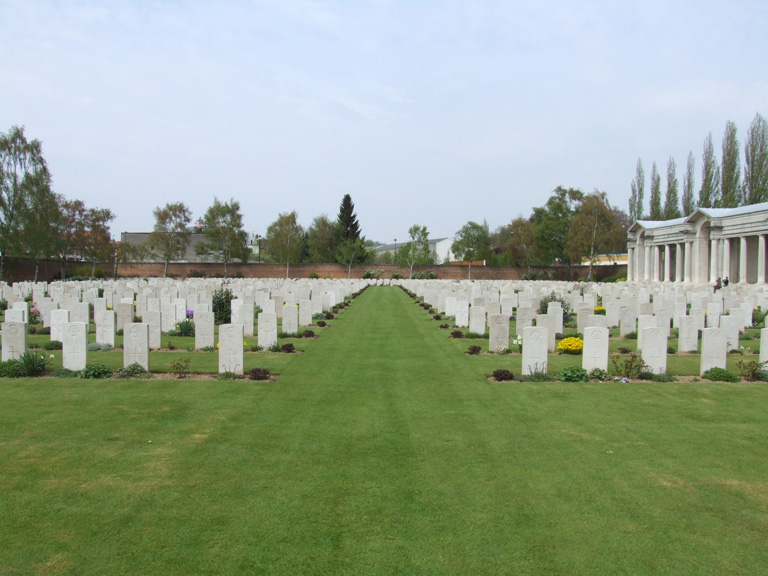 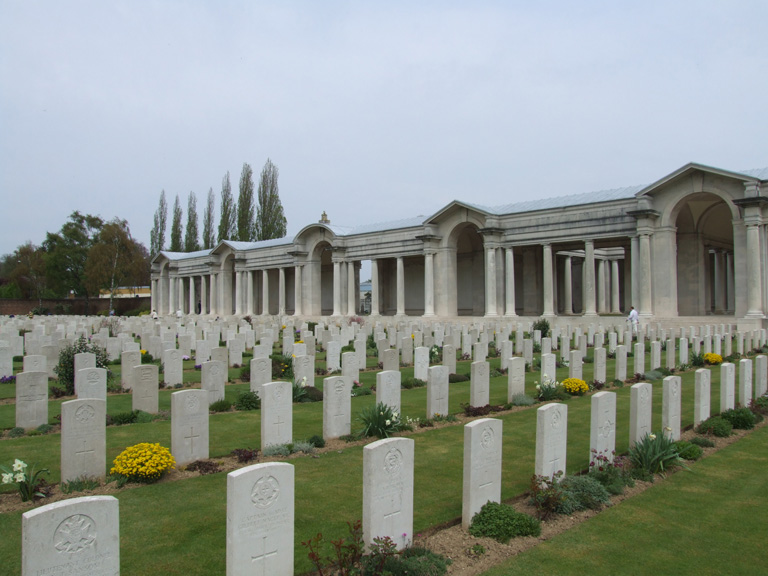 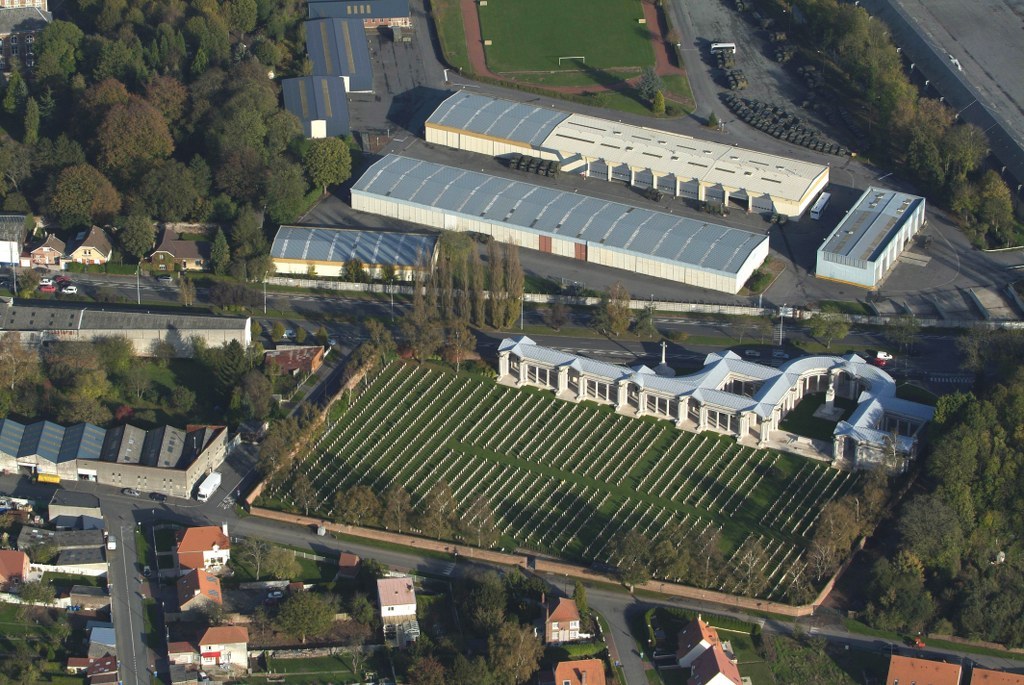 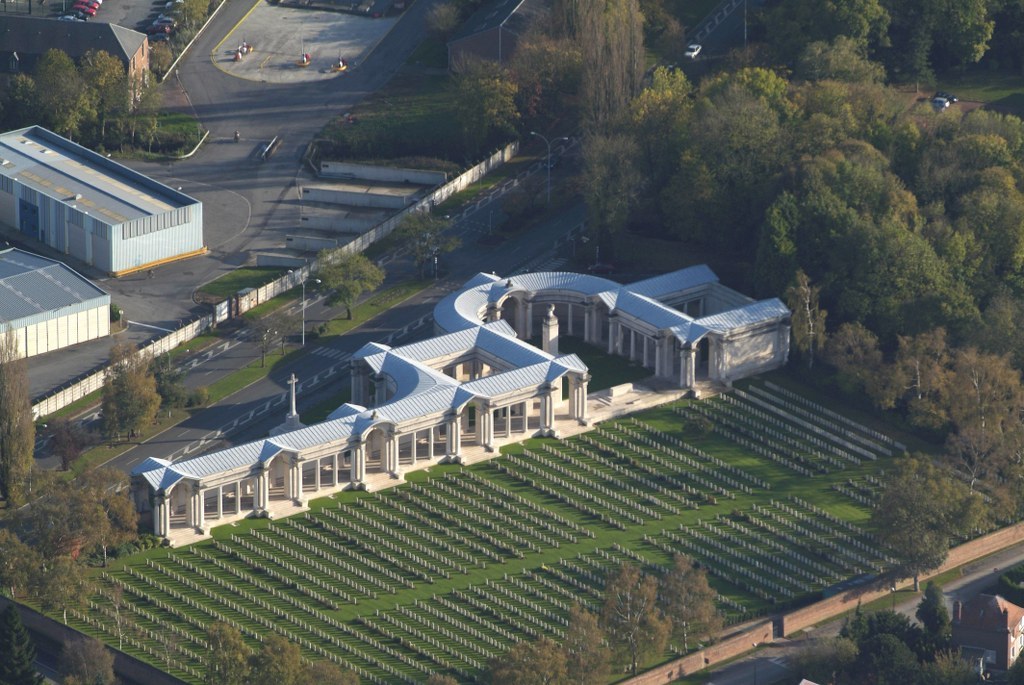 Faubourg-d'Amiens Cemetery is in the western part of the town of Arras in the Boulevard du General de Gaulle, near the Citadel, approximately 2 Kms due west of the railway station. The GPS coordinates for the cemetery are 50.28670, 2.76057

Wheelchair access to the cemetery is possible via an alternative entrance at the rear.

The adjacent ARRAS FLYING SERVICES MEMORIAL commemorates more than 1,000 airmen of the Royal Naval Air Service, the Royal Flying Corps, and the Royal Air Force, either by attachment from other arms of the forces of the Commonwealth or by original enlistment, who were killed on the whole Western Front and who have no known grave.

Both cemetery and memorials were designed by Sir Edwin Lutyens, with sculpture by Sir William Reid Dick.