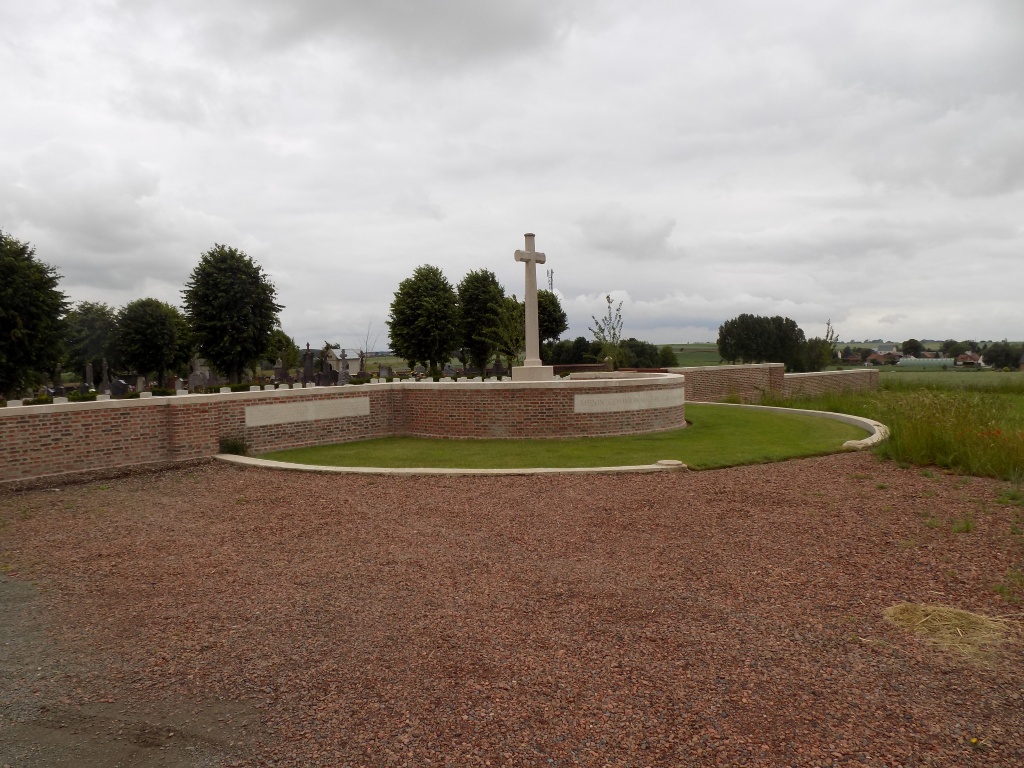 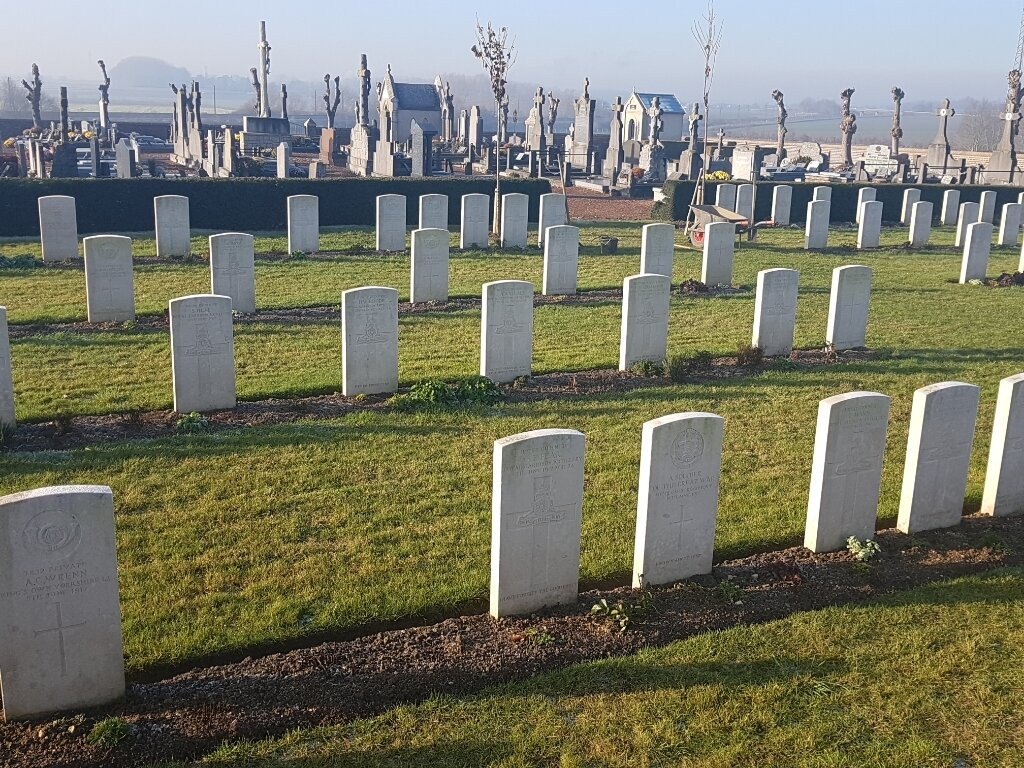 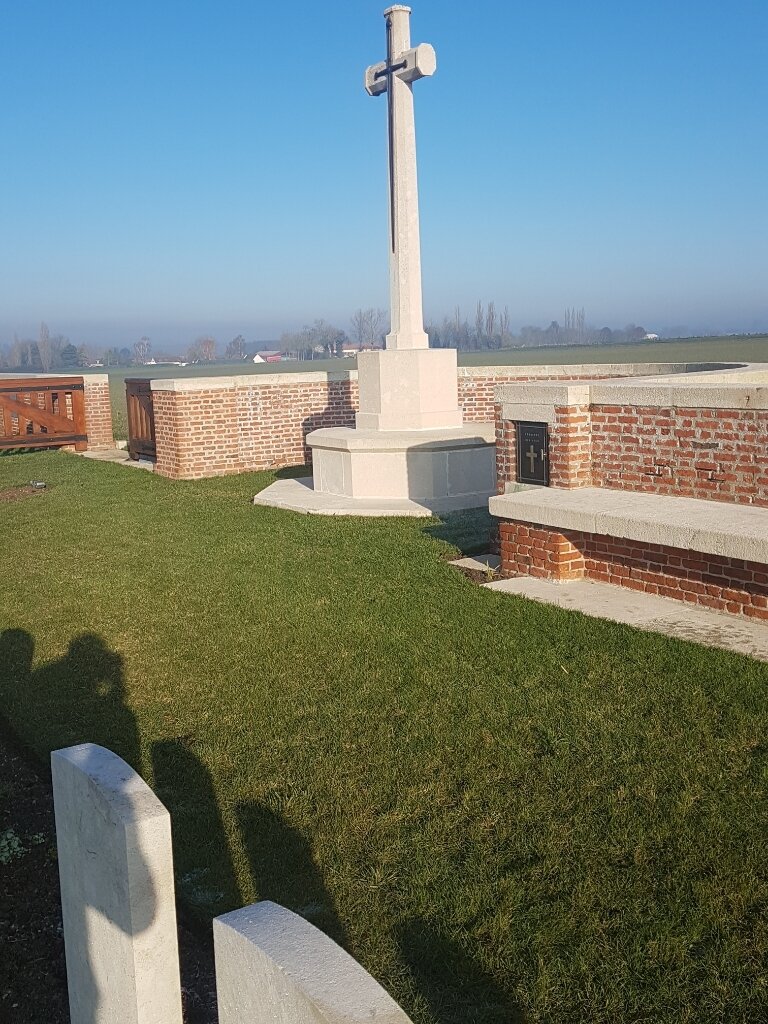 There are no opening times for this cemetery. Visitors simply gain access through the main wooden gates

Henin-sur-Cojeul was captured on 2 April 1917, lost in March 1918, after an obstinate resistance by the 40th Division, and retaken on the following 24 August by the 52nd (Lowland) Division. The extension was made between April and November 1917, chiefly by the 21st and 30th Divisions. It was used for 15 burials at the end of August 1918 and enlarged after the Armistice when 68 graves were brought in from HENIN BRITISH CEMETERY. Henin Communal Cemetery Extension now contains 193 burials and commemorations of the First World War. 18 of the burials are unidentified and special memorials commemorate two casualties buried in Henin British Cemetery whose graves were destroyed by shell fire. The extension was designed by W H Cowlishaw.