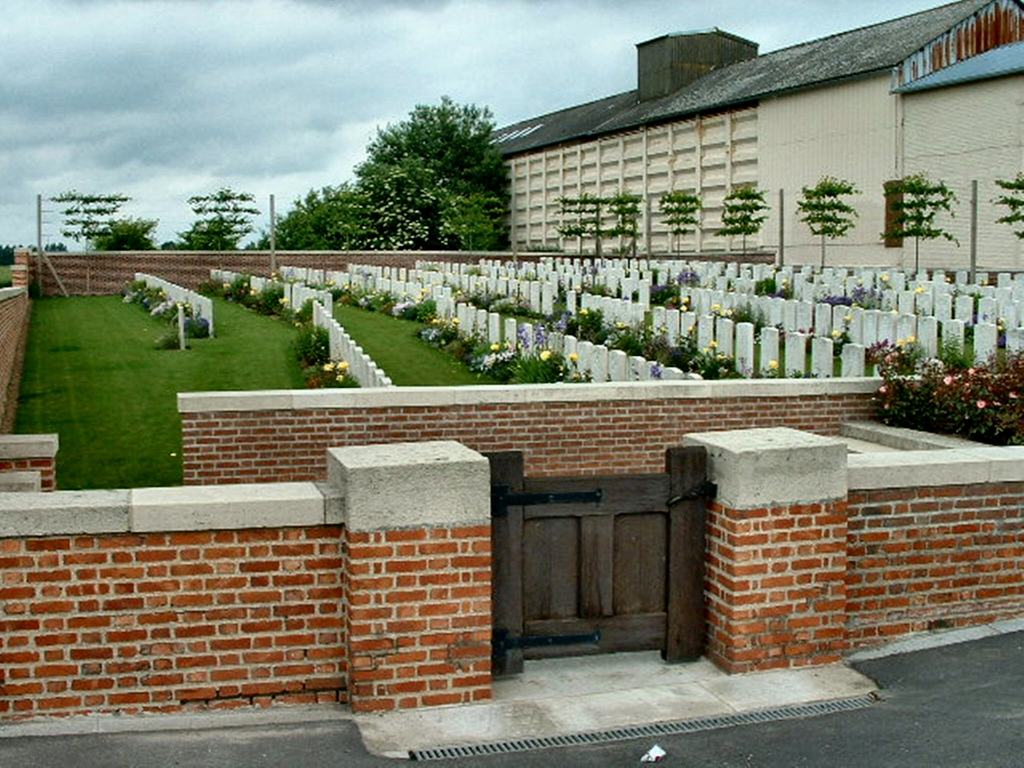 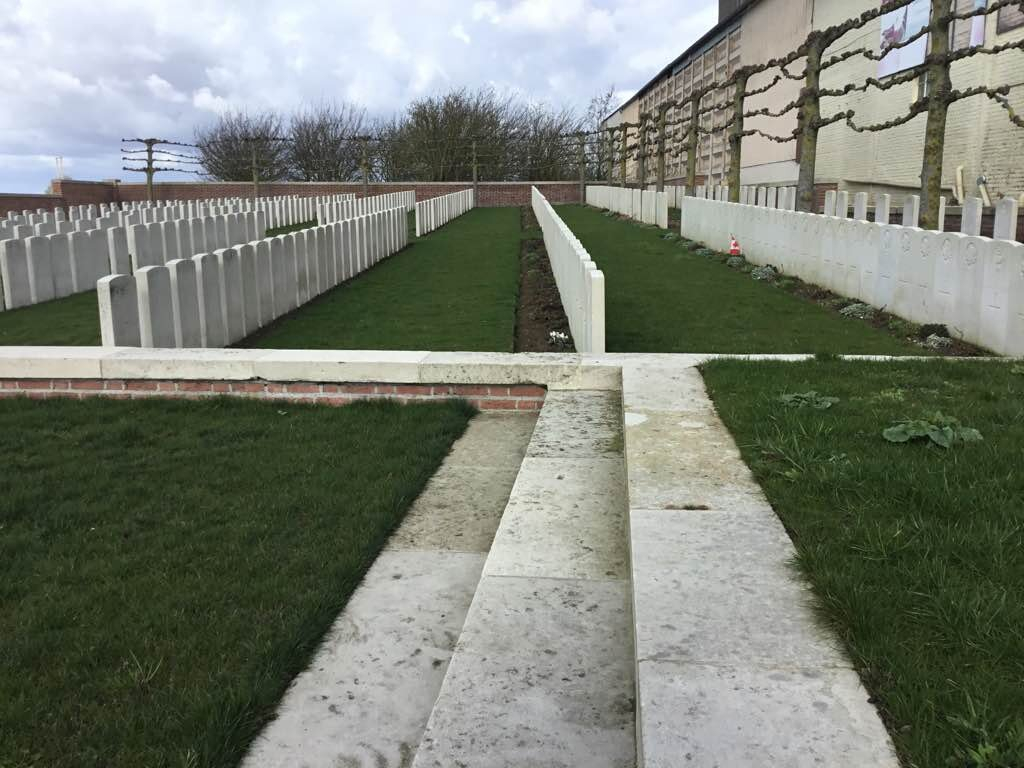 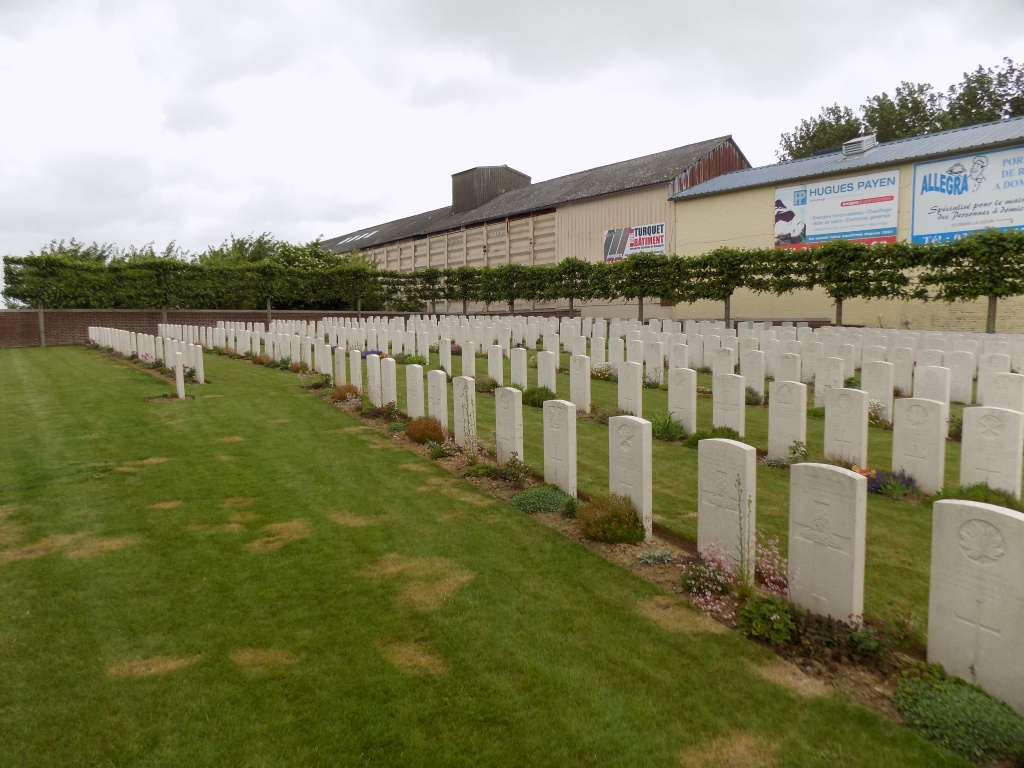 Monchy-le-Preux is a village about 7 kilometres south-east of Arras. Windmill British Cemetery lies to the south of the village on the north side of the main Arras-Cambrai road, the D939.

On 23 April 1917, in the Second Battle of the Scarpe, Infantry Hill (east of Monchy) and Guemappe (due south of Monchy) were captured by Commonwealth troops. Guemappe was lost the same day, but retaken almost at once, and further progress was made in the following days. In May, the 29th Division began this cemetery and buried in it a number of the dead of 23 April. It continued in use until March 1918, and was used again from August to October 1918. In Plot II, Rows D and E, are buried 23 officers and men of the 1st King's Own Royal Lancasters who died in the Battle of the Drocourt-Queant Line at the beginning of September. Windmill British Cemetery contains 402 Commonwealth burials and commemorations of the First World War. 35 of the burials are unidentified but there is a special memorial to one casualty believed to be buried among them. The cemetery was designed by Sir Edwin Lutyens.