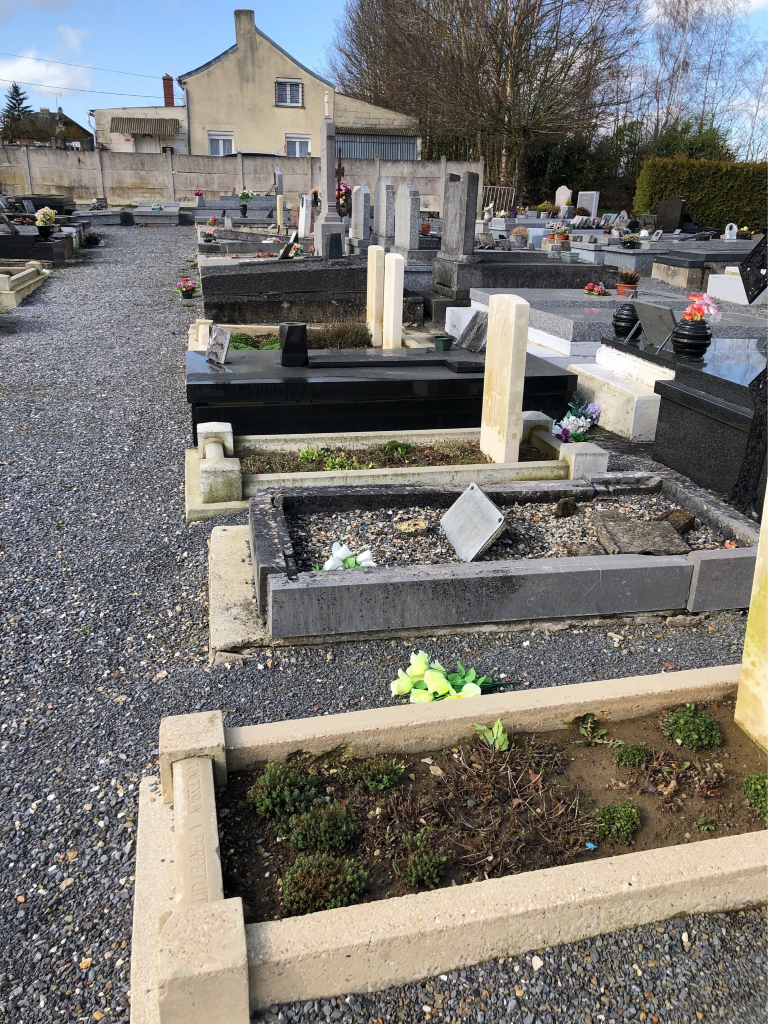 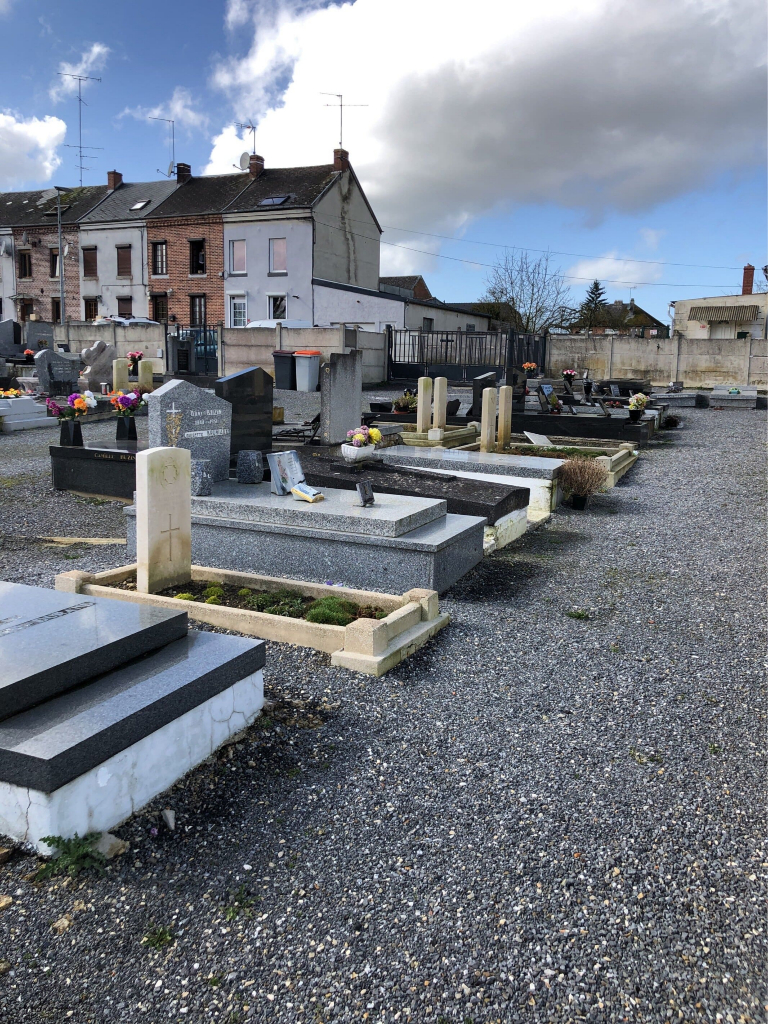 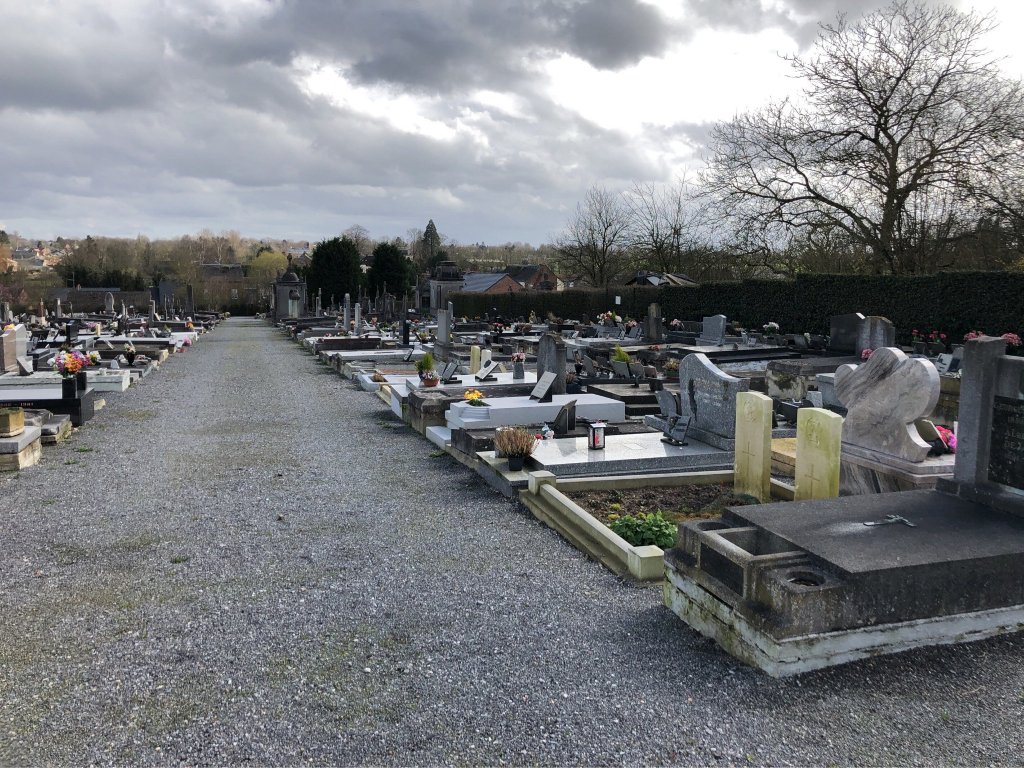 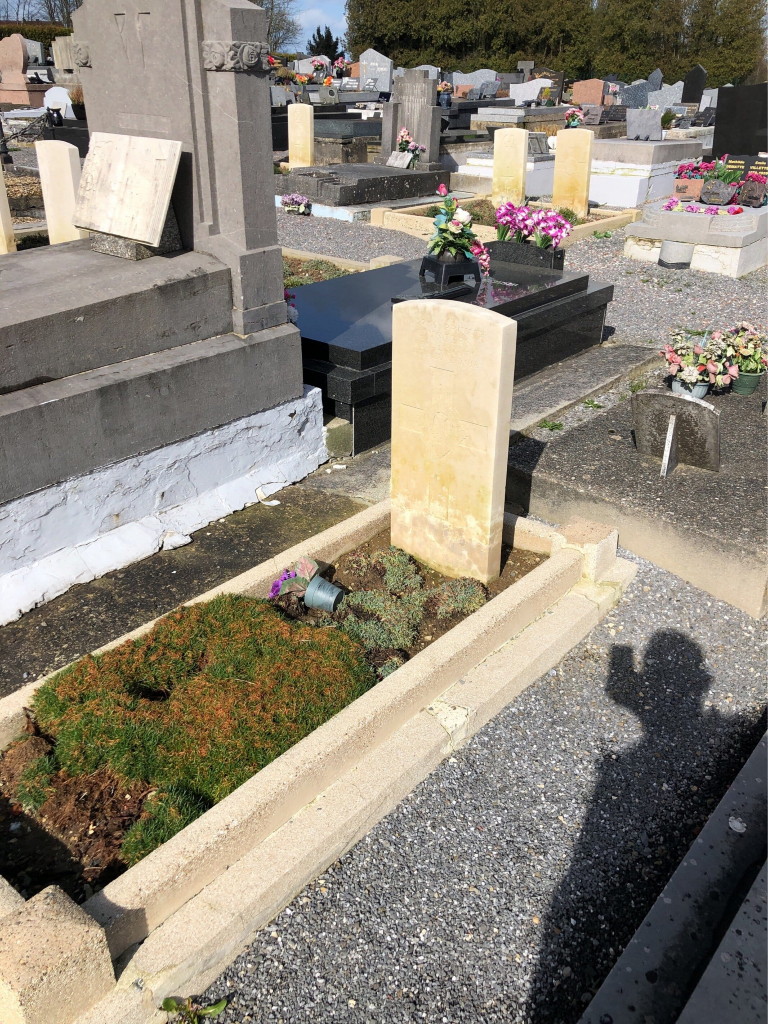 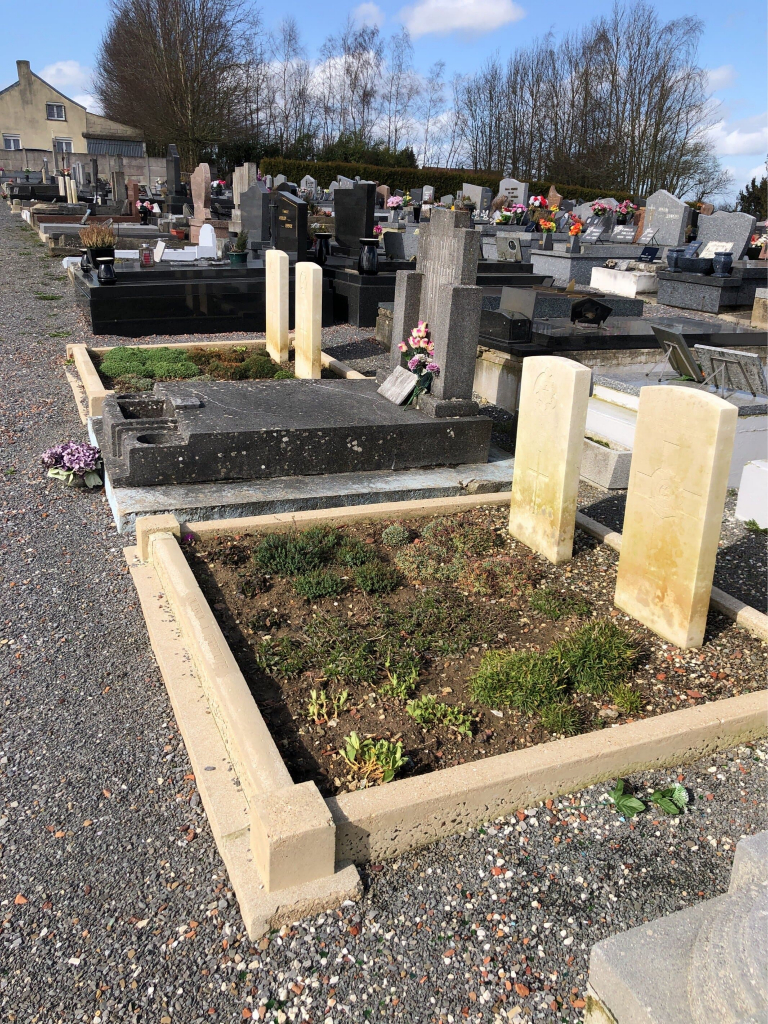 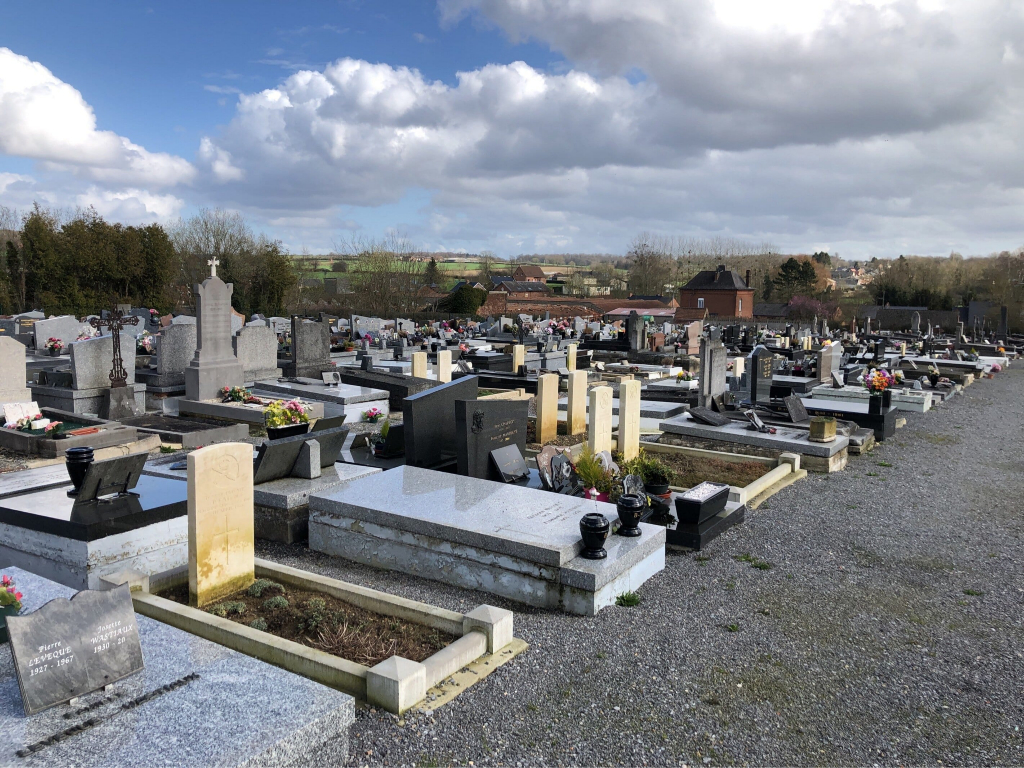 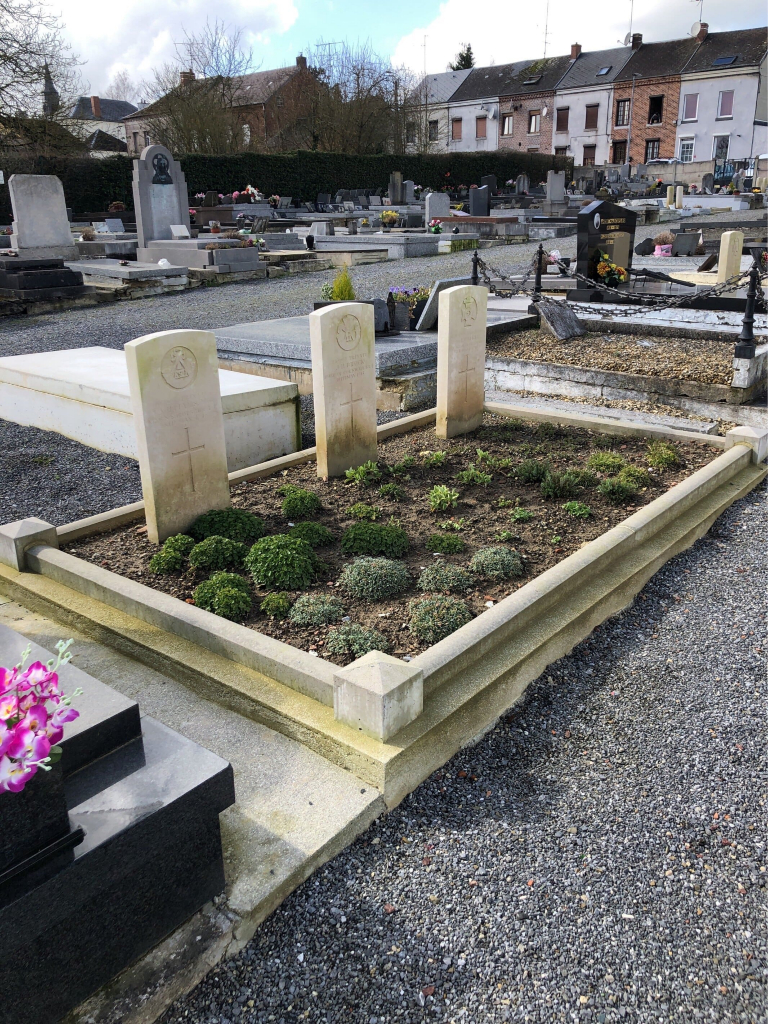 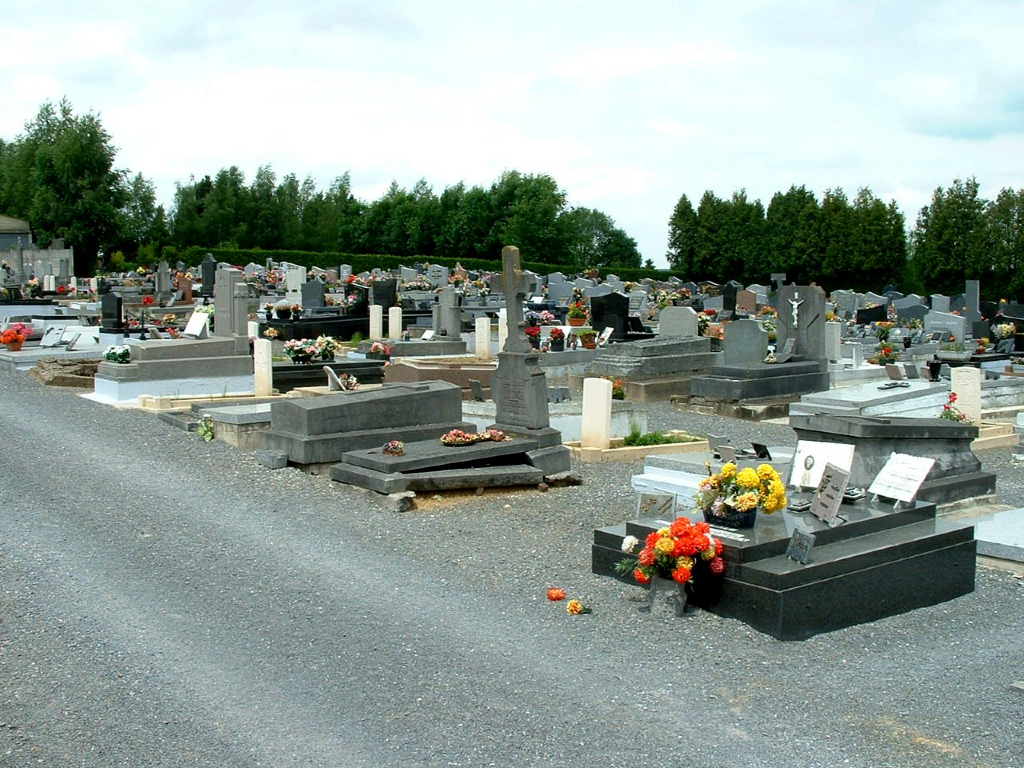 Sains du Nord is a commune in the Department of the Nord some 25 kilometres south of Maubeuge on the D951. The communal cemetery is behind the church down a small lane marked "Impasse du Cimetiere", near the centre of the town. The Commonwealth war graves are to the right and left of the main path of the cemetery.

The North part of the Communal Cemetery was used and extended by the Germans; but after the Armistice over 400 German and eleven French graves were removed from both burial grounds, and the 13 British soldiers in the Extension were reburied at St. Souplet.