Please be vigilant when visiting this site. This location is prone to flooding, so please do not visit if there has been recent heavy rain. 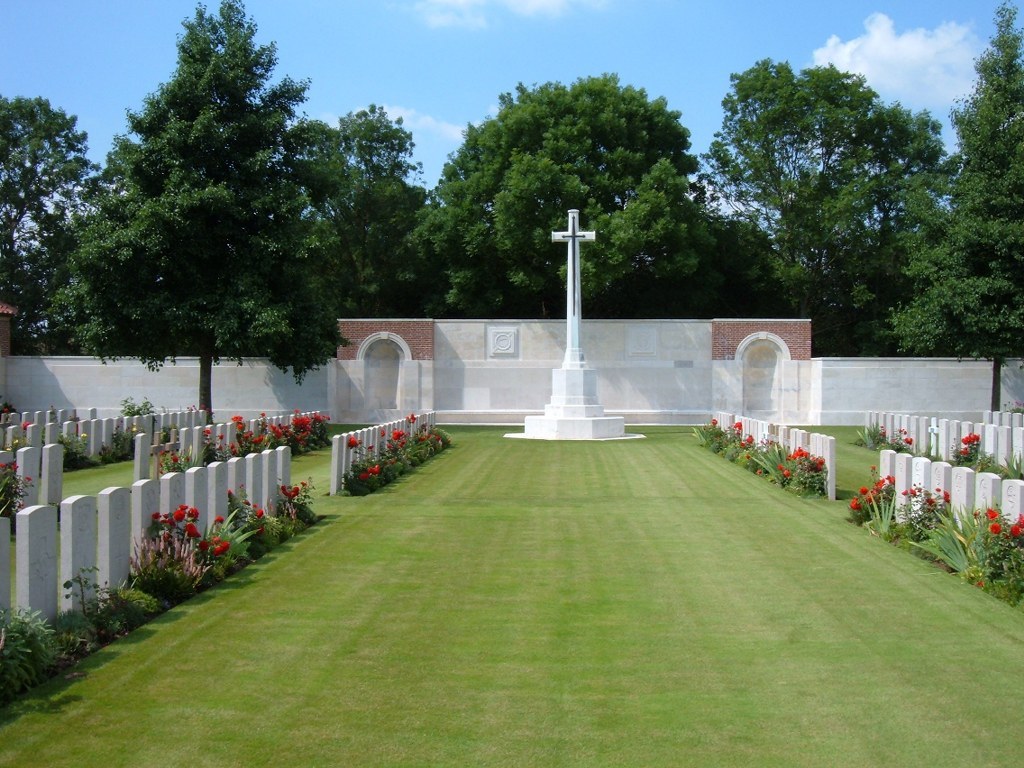 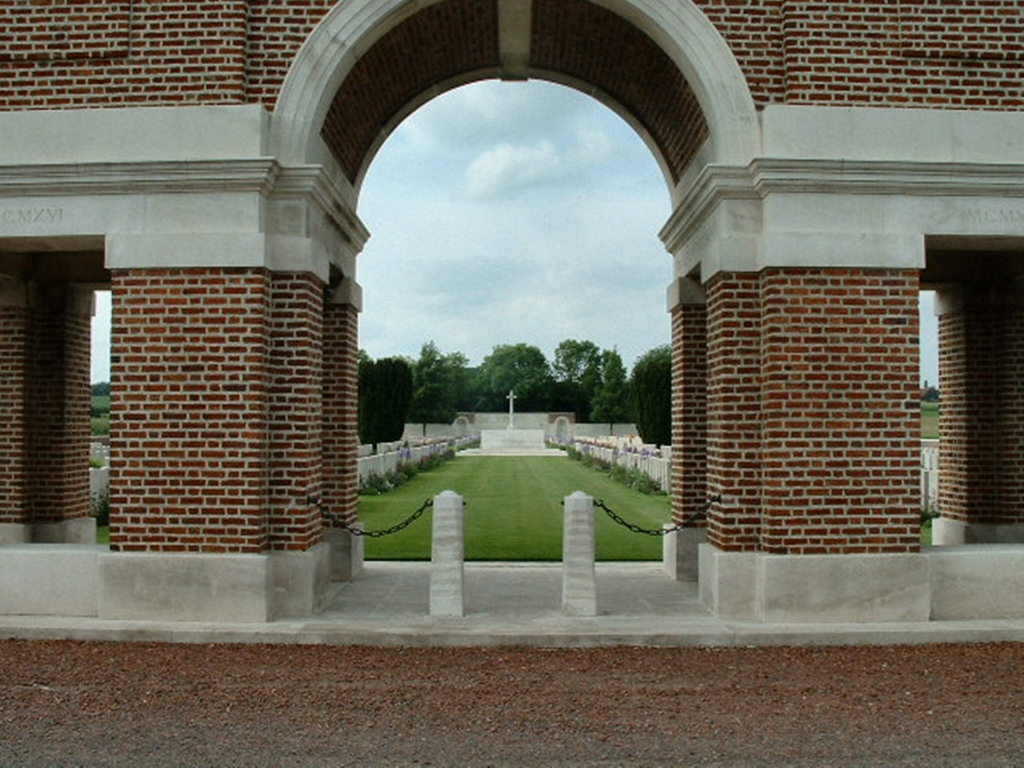 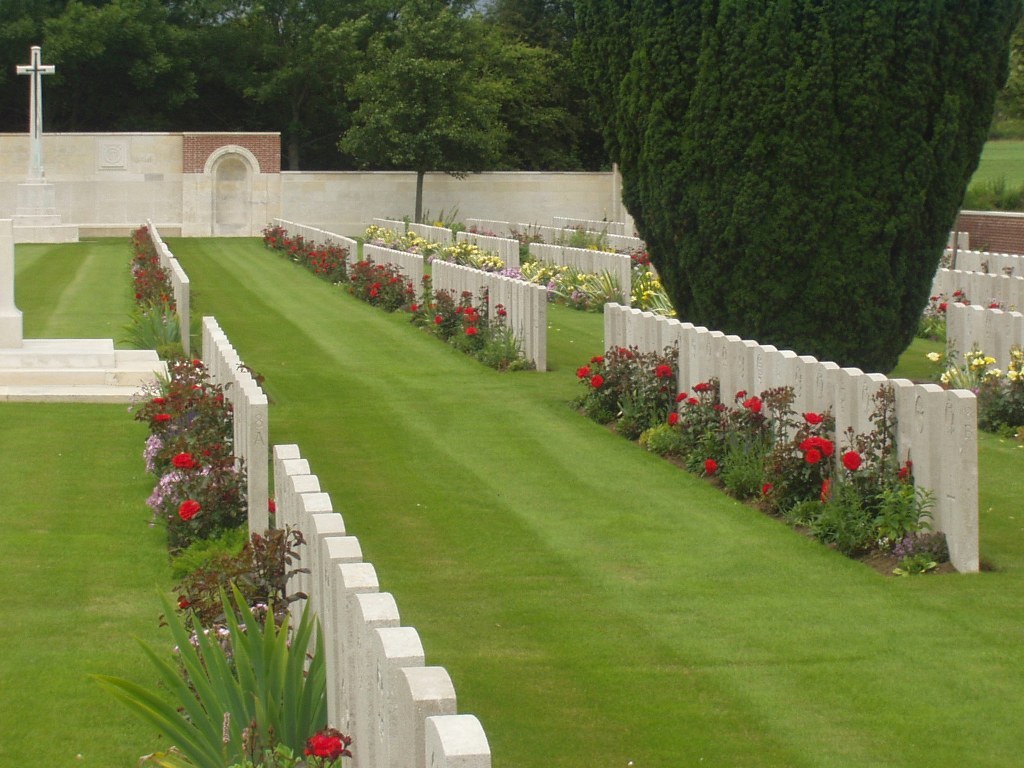 The village of Grevillers was occupied by Commonwealth troops on 14 March 1917 and in April and May, the 3rd, 29th and 3rd Australian Casualty Clearing Stations were posted nearby. They began the cemetery and continued to use it until March 1918, when Grevillers was lost to the German during their great advance. On the following 24 August, the New Zealand Division recaptured Grevillers and in September, the 34th, 49th and 56th Casualty Clearing Stations came to the village and used the cemetery again. After the Armistice, 200 graves were brought in from the battlefields to the south of the village, 40 from an adjoining cemetery made during the German occupation, and some from the following:- AVESNES-LES-BAPAUME GERMAN CEMETERY, "near the British huts", which contained the graves of two soldiers from the United Kingdom who died in April 1918. BAYONET TRENCH CEMETERY, GUEUDECOURT, which contained the graves of 19 soldiers of the 1st Australian Infantry Battalion who fell on 5 November 1916. There are now 2,106 Commonwealth servicemen of the First World War buried or commemorated in GREVILLERS BRITISH CEMETERY. 189 of the burials are unidentified but there are special memorials to 18 casualties known or believed to be buried among them. Other special memorials record the names of two casualties, buried in Avesnes-les-Bapaume German Cemetery, whose graves could not be found. The cemetery also contains the graves of seven Second World War airmen, and 18 French war graves. Within the cemetery stands the GREVILLERS (NEW ZEALAND) MEMORIAL which commemorates almost 450 officers and men of the New Zealand Division who died in the defensive fighting in the area from March to August 1918, and in the Advance to Victory between 8 August and 11 November 1918, and who have no known grave. This is one of seven memorials in France and Belgium to those New Zealand soldiers who died on the Western Front and whose graves are not known. The memorials are all in cemeteries chosen as appropriate to the fighting in which the men died. The cemetery and memorial were designed by Sir Edwin Lutyens.