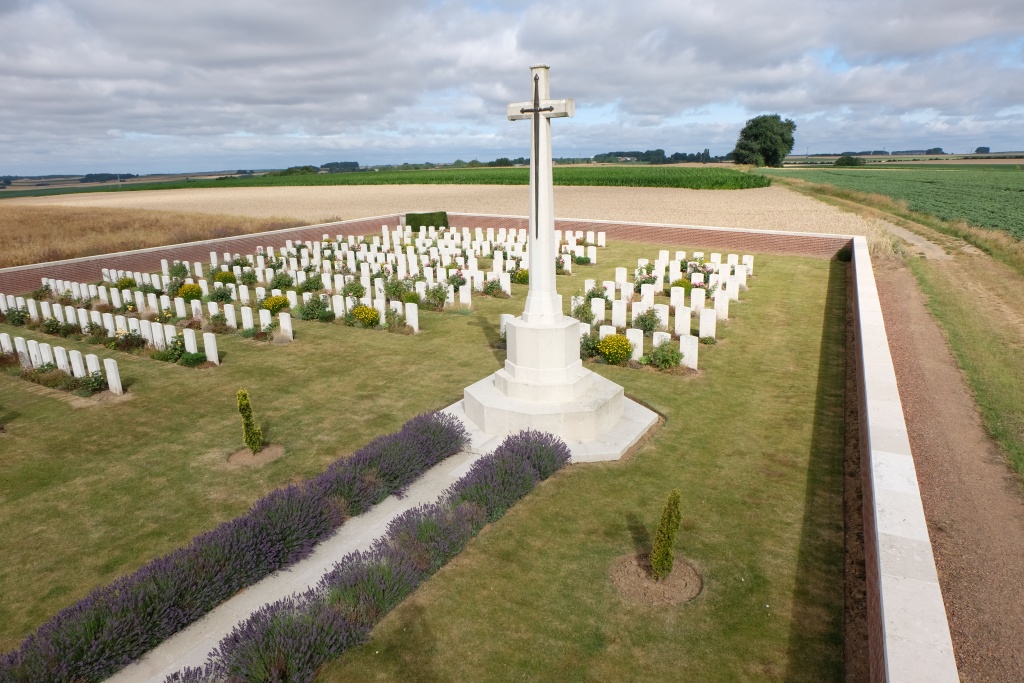 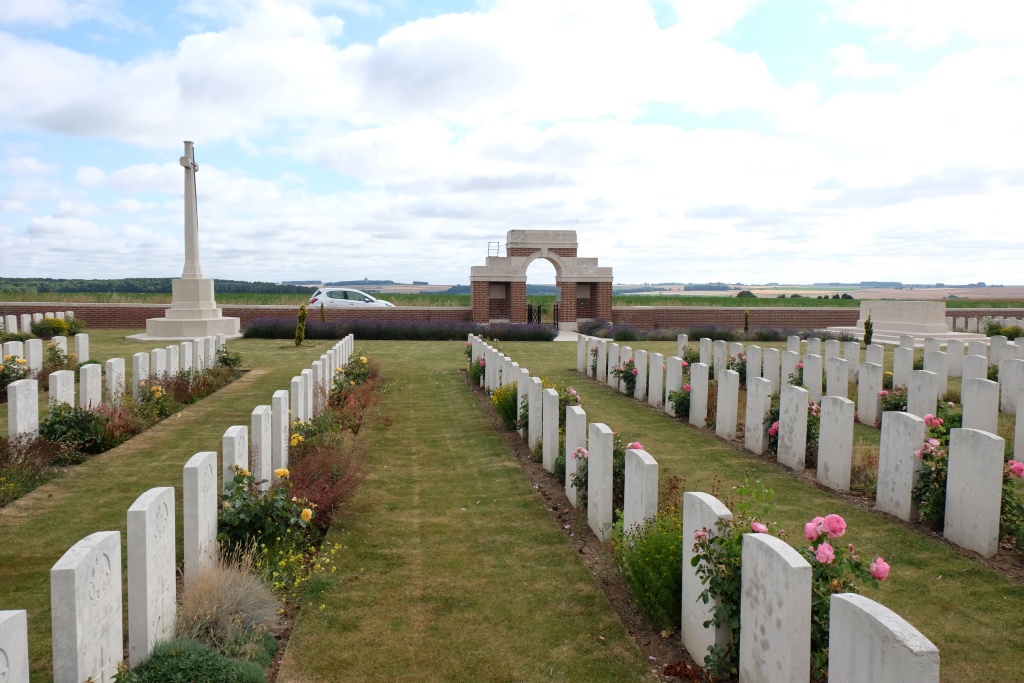 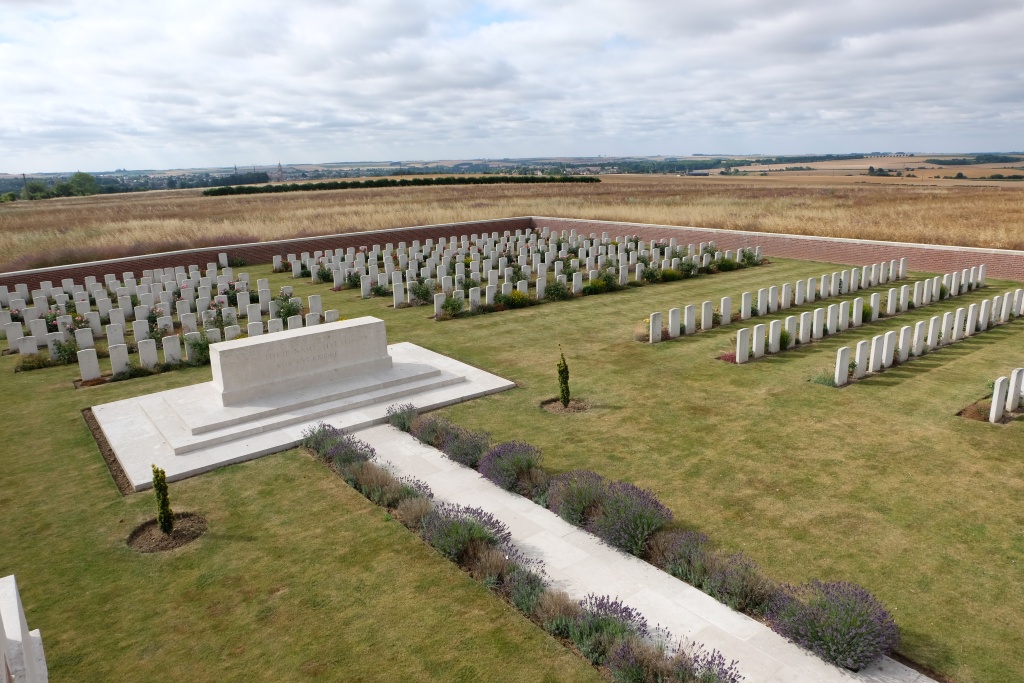 Bouzincourt is a village 3 kilometres north-west of Albert on the D938 road to Doullens. The Cemetery is east of the village. In the centre of Bouzincourt take the direction for Aveluy (D20) and the Cemetery is signposted. Approximately 1.5 kilometres along the D20 road there is a track leading to the cemetery, which is approximately 500 metres along this track and is unsuitable for cars.

Bouzincourt remained partly in German hands after the battles of March 1918. The eastern end of the village was attacked by the 12th and 18th Divisions at the end of June 1918, and cleared in the latter half of August. In the first week of September, Plot I of Bouzincourt Ridge Cemetery was made by the V Corps Burial Officer, who cleared the battlefields and the remaining Plots were formed after the Armistice when 500 graves were brought in from the immediate neighbourhood. The cemetery now contains 709 burials and commemorations of the First World War. 313 of the burials are are unidentified and there is a special memorial to an officer of the 38th Division known to be buried in one of them. The cemetery was designed by Sir Reginald Blomfield.