Despite the prohibited direction at the end of the road, be aware that the access to the cemetery by car is authorised. 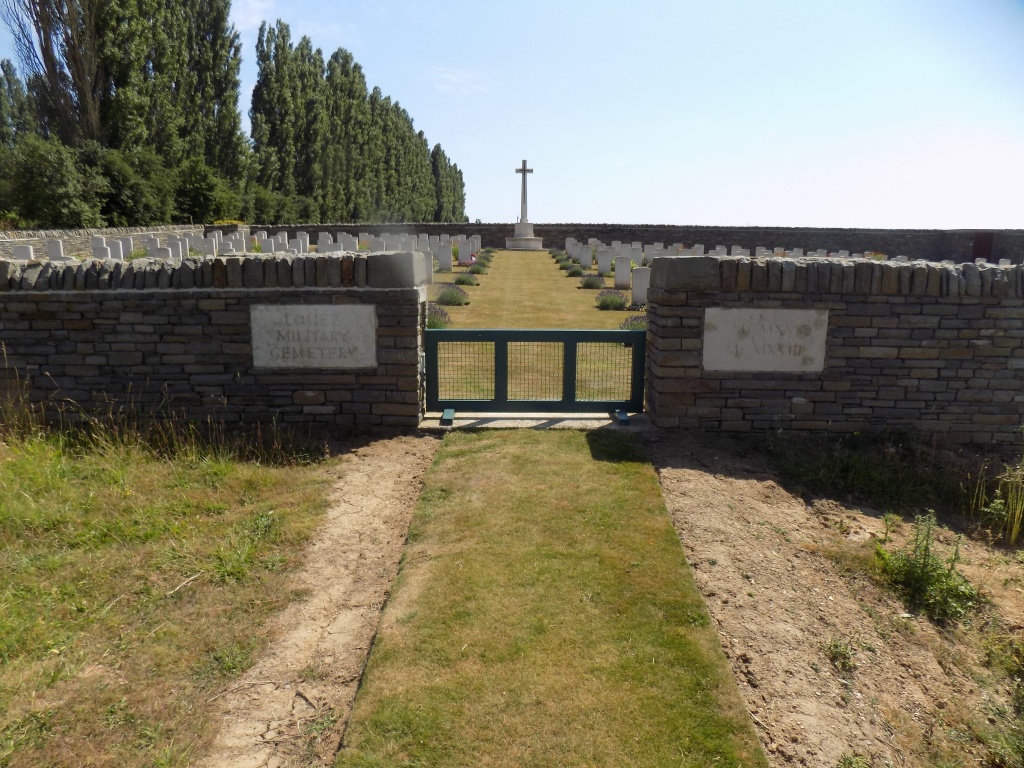 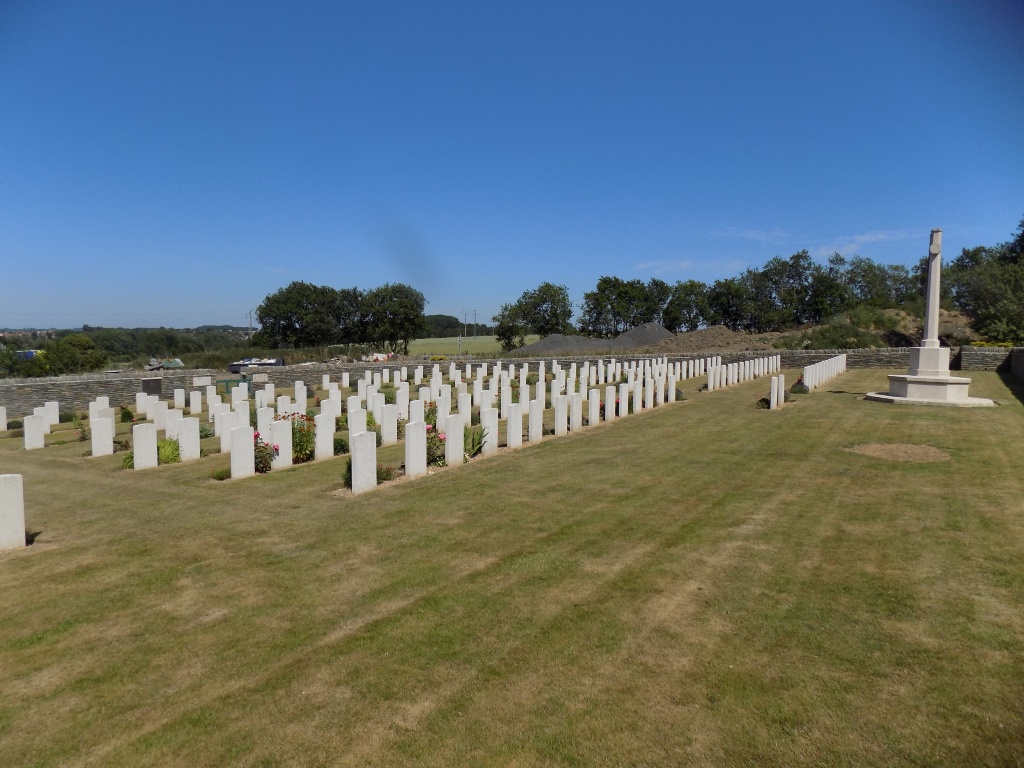 Louez-les-Duisans is a hamlet in the Commune of Duisans, a village on the north-west edge of Arras. To find the cemetery, take the main Arras to St. Pol road (N39) and turn right at the first junction after the Arras ring road intersection. Follow the D60 north to the 'Hamen du Louez'. The Cemetery is down the first major right turn.

The cemetery was begun by French troops and taken over by the 51st (Highland) Division as a "front-line cemetery" in March 1916. The 60th (London) Division followed during their short stay in France in the summer of 1916 and the last graves (except two) are those of the Canadian Mounted Rifles, who buried here from November 1916 to March 1917. The French graves were later removed. Louez Military Cemetery now contains 204 Commonwealth burials of the First World War, and two German war graves. The cemetery as designed by G H Goldsmith.