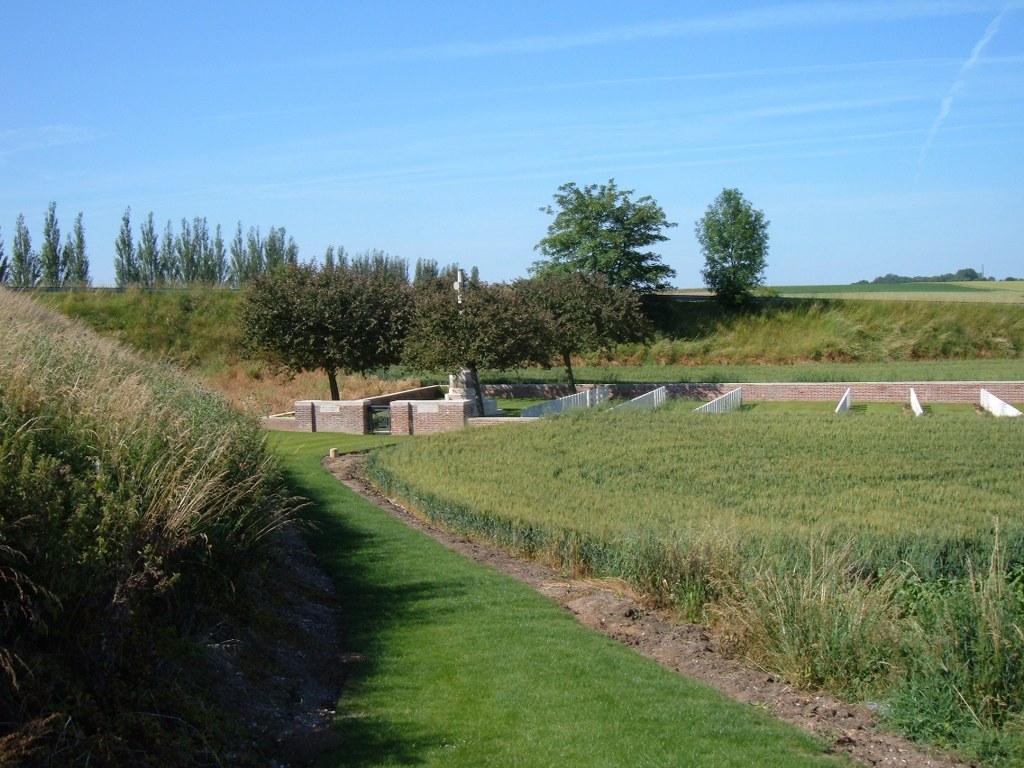 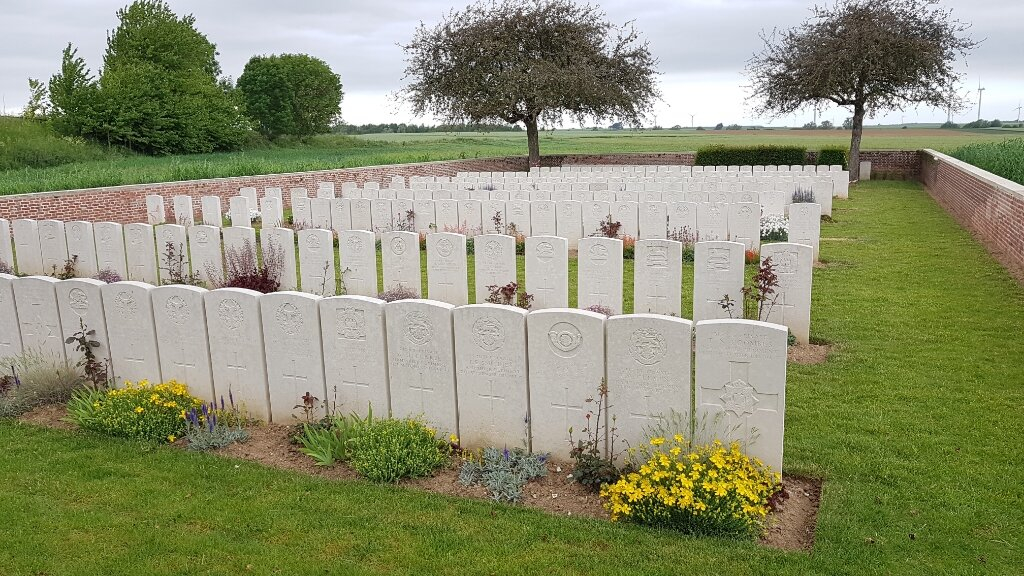 Havrincourt is a village in the Department of the Pas de Calais, about 12 kilometres south-west of Cambrai and just north of Havrincourt Wood. The Cemetery is located 1 kilometre north of the village on the left hand side of the D15 road towards Marquion.

Havrincourt village was stormed by the 62nd (West Riding) Division on 20 November 1917. It was lost on 23 March 1918, but it was retaken on 12 September by the 62nd Division, who held it against a counter-attack the following day. Lowrie Cemetery was made by the 3rd Division Burial Officer at the beginning of October 1918, and named after him. The original 211 burials, were increased after the Armistice when graves were brought in from the battlefields on all sides of Havrincourt. Most of the men buried in the cemetery died in September 1918. The cemetery now contains 251 First World War burials, 47 of them unidentified. The cemetery was designed by N A Rew.