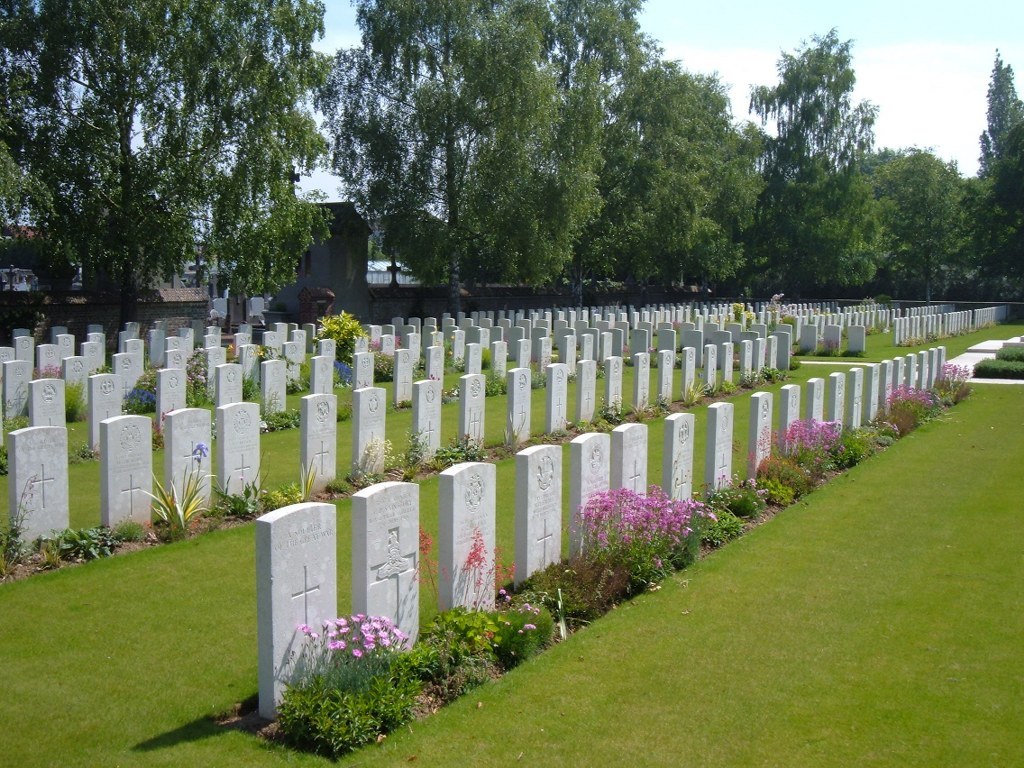 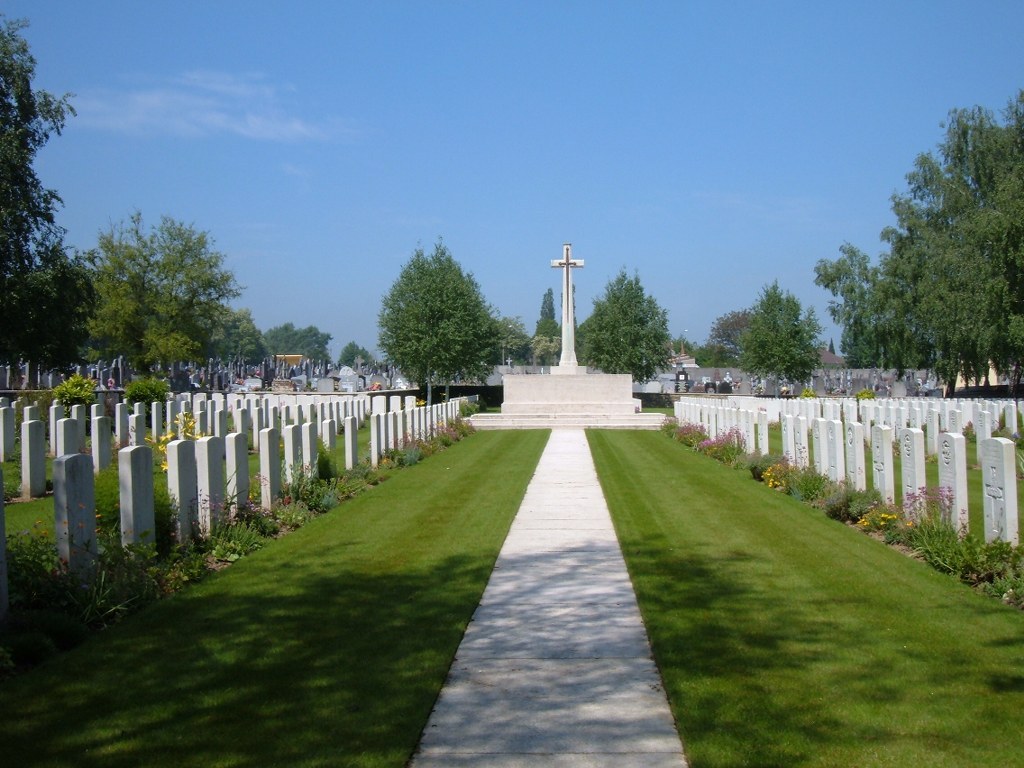 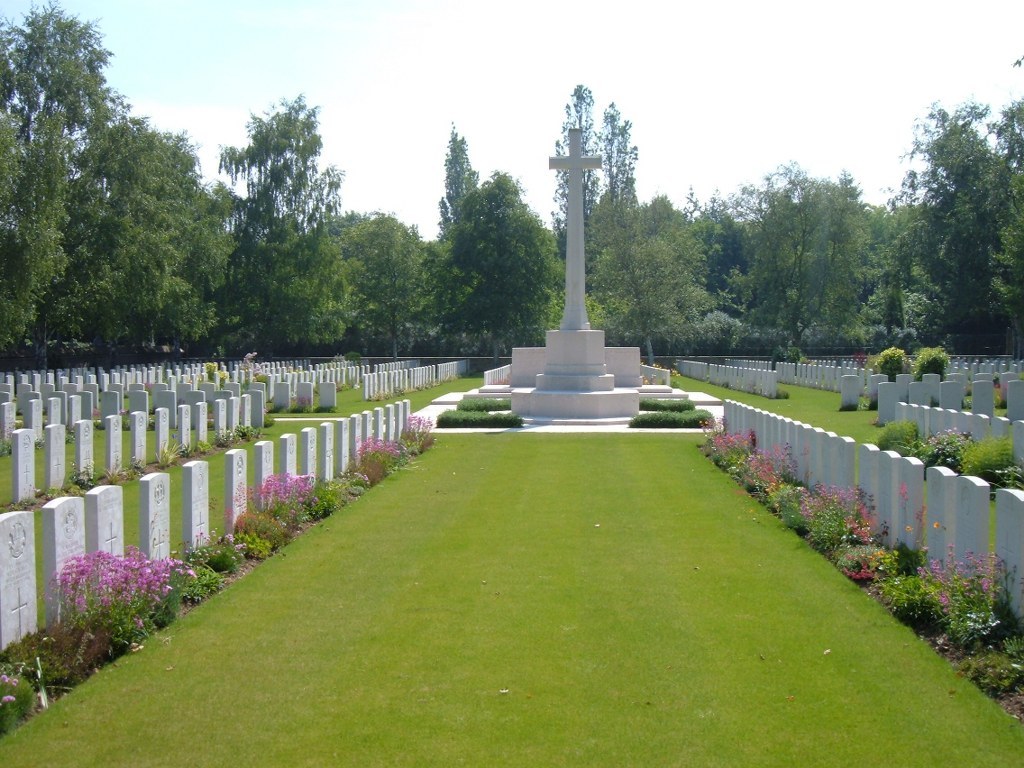 Bully is approximately 20 kilometres north of Arras. From Arras, take the D937 towards Bethune. At Sains-en-Gohelle, turn right onto the D166E towards Bully. At the first (Casimir Beugret) roundabout, turn right into the Rue Ferdinand Marche. The Cemetery (known locally as the 'Cimetiere de Bully-les-Mines') is 200 metres down this road on the right. The Commonwealth war graves plot is reached via 'Allee 8'.

The BRITISH EXTENSION, on the south-west side of the communal cemetery, was begun at the end of April 1916, and was used until October 1918. From April 1917 to March 1918 (Plot II, Row E to the last row of Plot IV), it was very largely an artillery burial ground. At the Armistice, Plot VI, Rows A-C, had been completed, and the cemetery contained 595 graves.