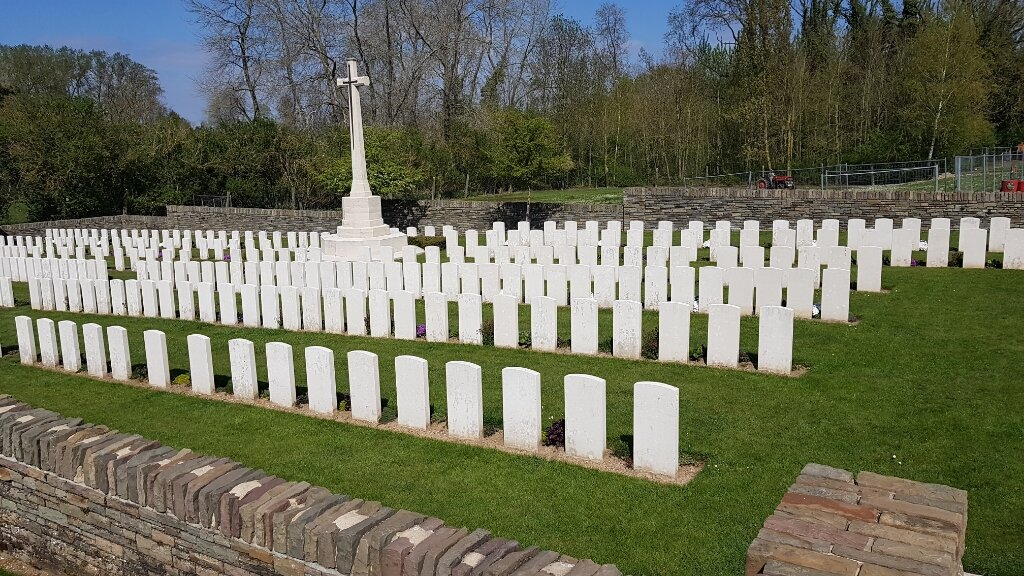 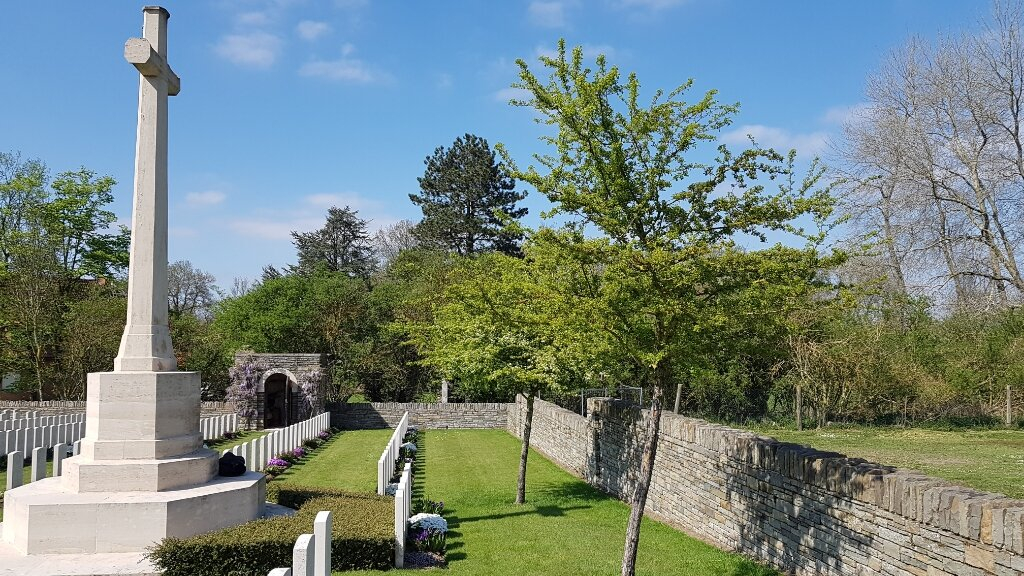 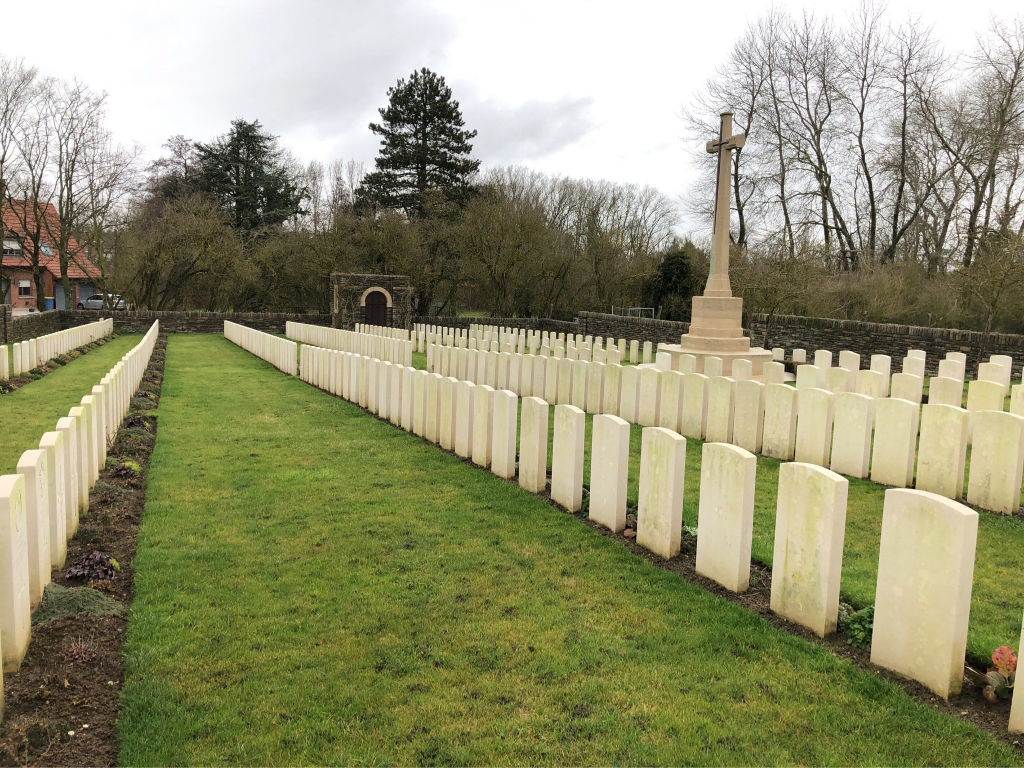 Fampoux is a village 8 kilometres east of Arras on the D42. Level Crossing Cemetery is on the southern side of the village.

Fampoux village was taken by the 4th Division (passing through the 9th (Scottish) Division) on 9 April 1917. It remained close behind the Allied front line, but part of it was lost on 28 March 1918 during the German advance. The village was cleared by the 51st (Highland) Division on 26 August 1918. The cemetery was begun in June 1917 when a numbers of graves of April and May were brought in from the battlefield It was used until March 1918 and two further burials were made in October 1918. In addition to the 9th and 51st Division, the 15th (Scottish) Division fought in the area, and over half the graves are those of soldiers of Scottish regiments. Level Crossing Cemetery contains 405 burials and commemorations of the First World War. 29 of the burials are unidentified and a special memorial commemorates one casualty believed to be buried in this cemetery. The cemetery was designed by Sir Reginald Blomfield.