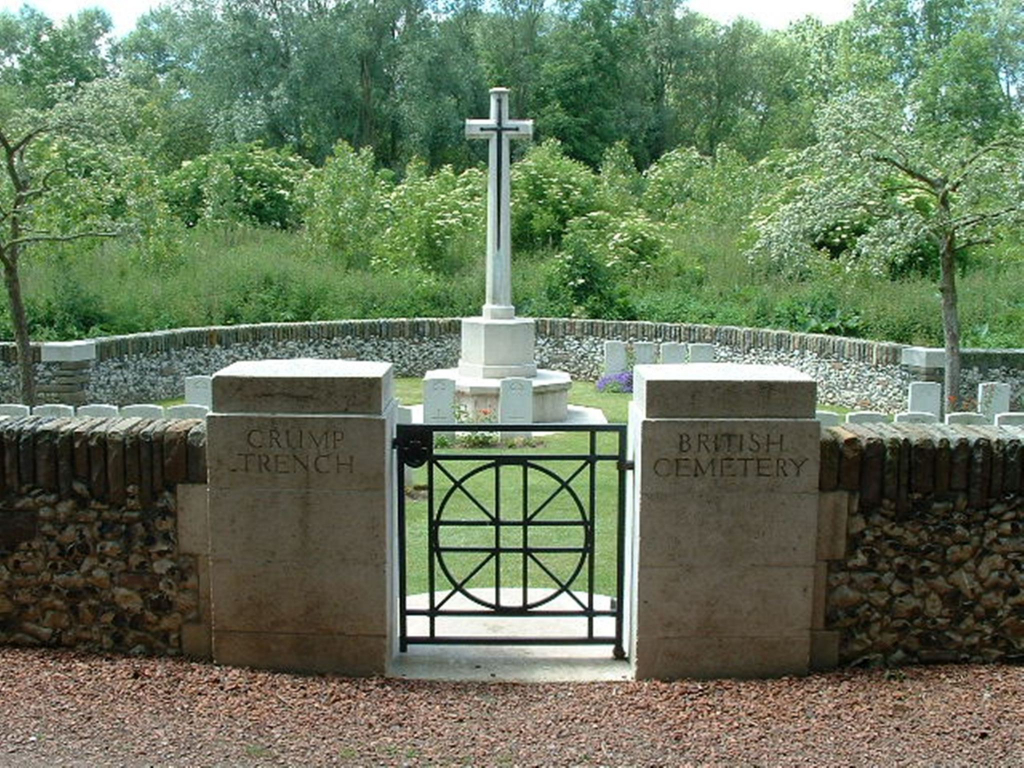 Fampoux is a village in the Department of the Pas-de-Calais, 6 kilometres east of Arras on the D42 road, and a little west of the A1 road (motorway) from Lille to Senlis. The Cemetery is about 500 metres south-east of the village on the east side of the A1.

Please note, the 150 metre long rough access track to this cemetery may be difficult in bad weather.

Fampoux village was taken by the 4th Division (passing through the 9th (Scottish) Division) on 9 April 1917. It remained close behind the Allied front line, but part of it was lost on 28 March 1918 during the German advance. The village was finally cleared by the 51st (Highland) Division on 26 August 1918.

Crump Trench British Cemetery was made by fighting units between April and August 1917. After the Armistice, 85 of the graves were found to have been destroyed.

Crump Trench British Cemetery contains 215 Commonwealth burials and commemorations of the First World War. 74 of the burials are unidentified but there are special memorials to 33 casualties believed to be buried among them. The cemetery also contains two German burials.