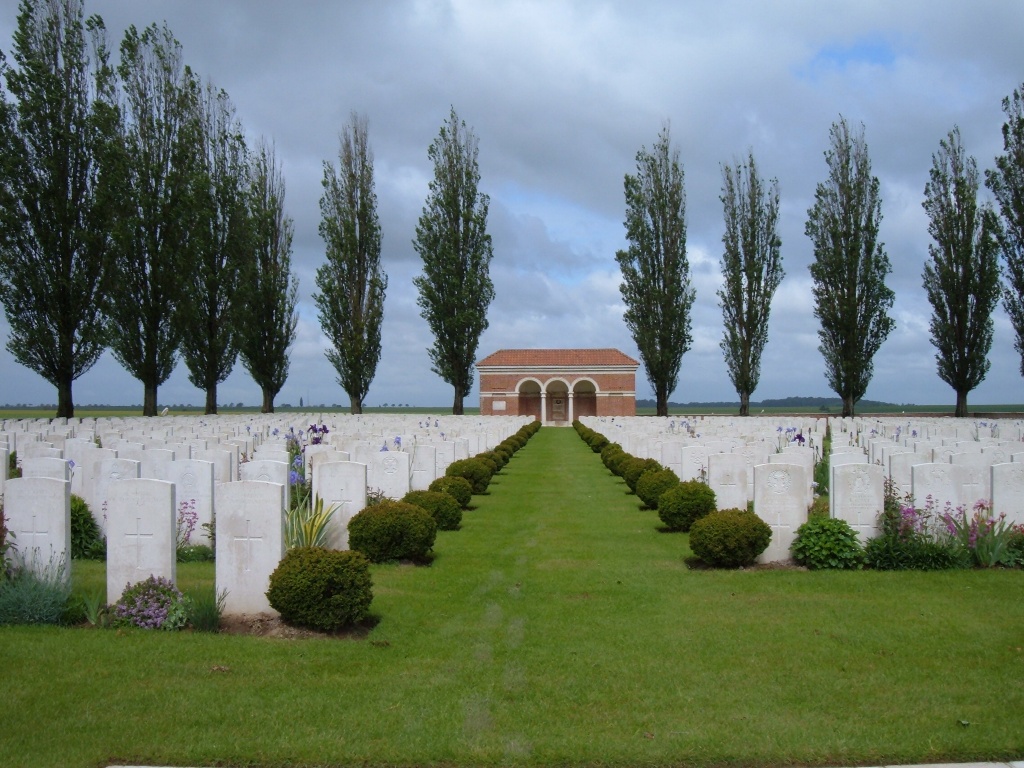 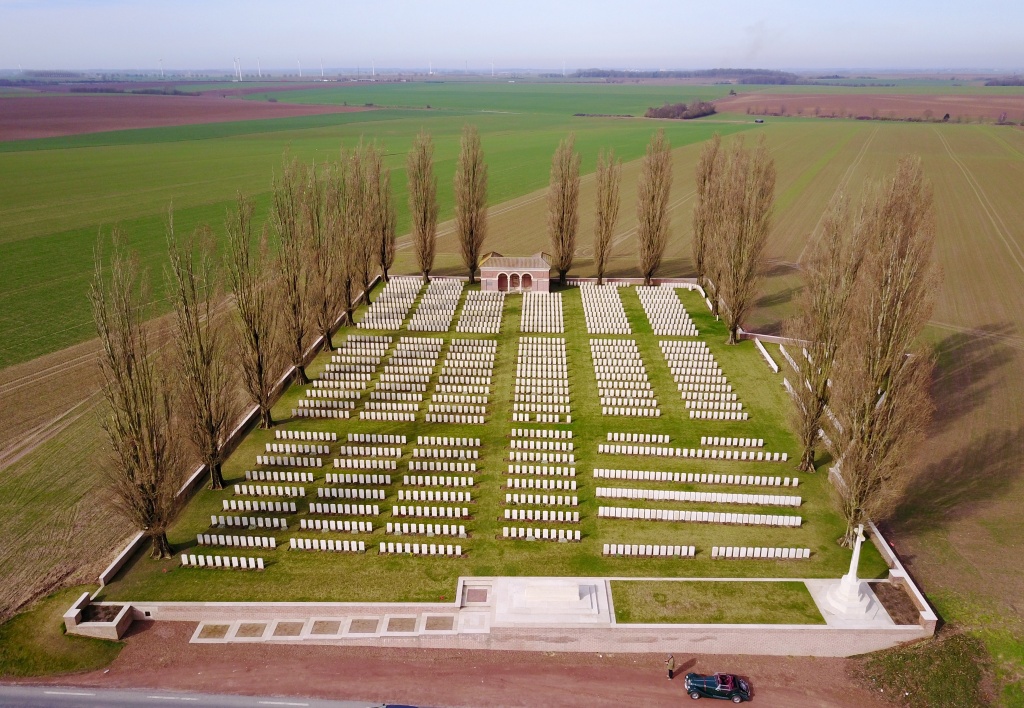 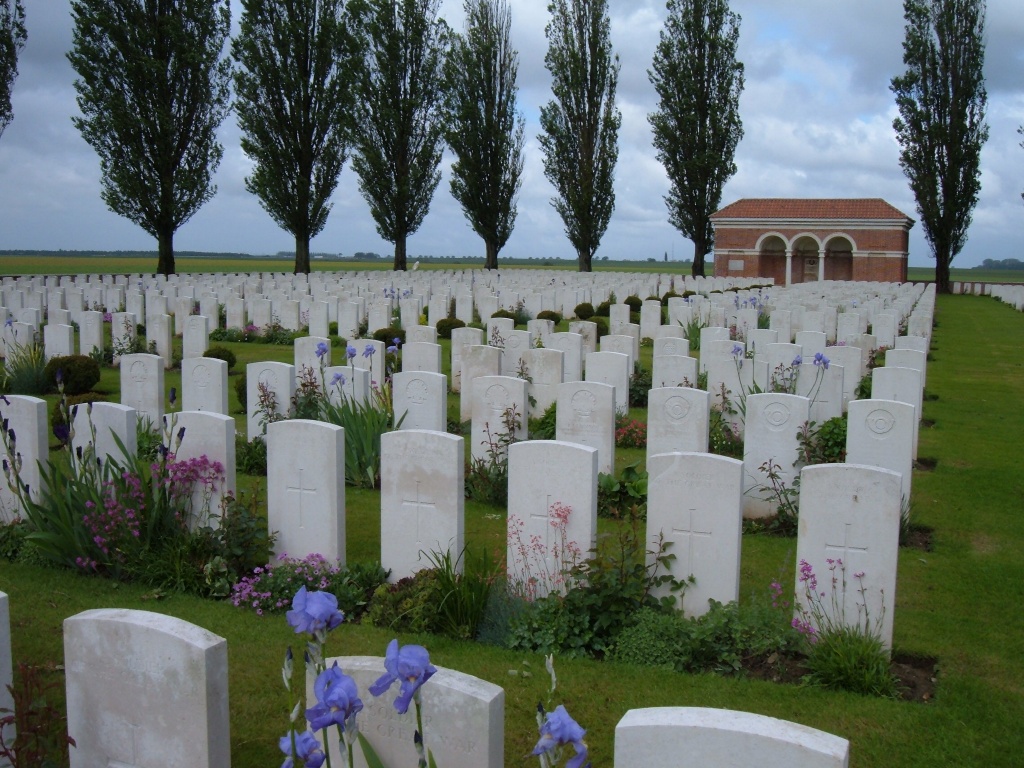 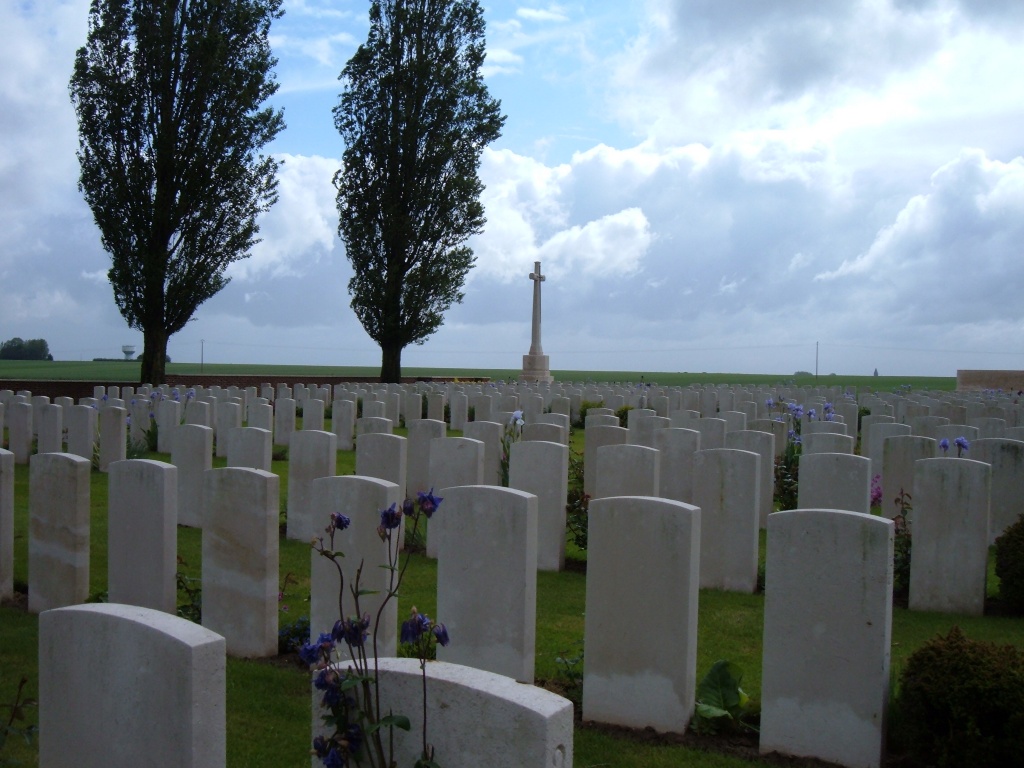 Ecoust-St.Mein is a village between Arras, Cambrai and Bapaume. H.A.C. Cemetery is about 800 metres south of the village on the west side of the D956 road to Beugenatre.

A grassed ramp way beside the steps at the entrance of this cemetery makes access possible for accompanied wheelchair users.