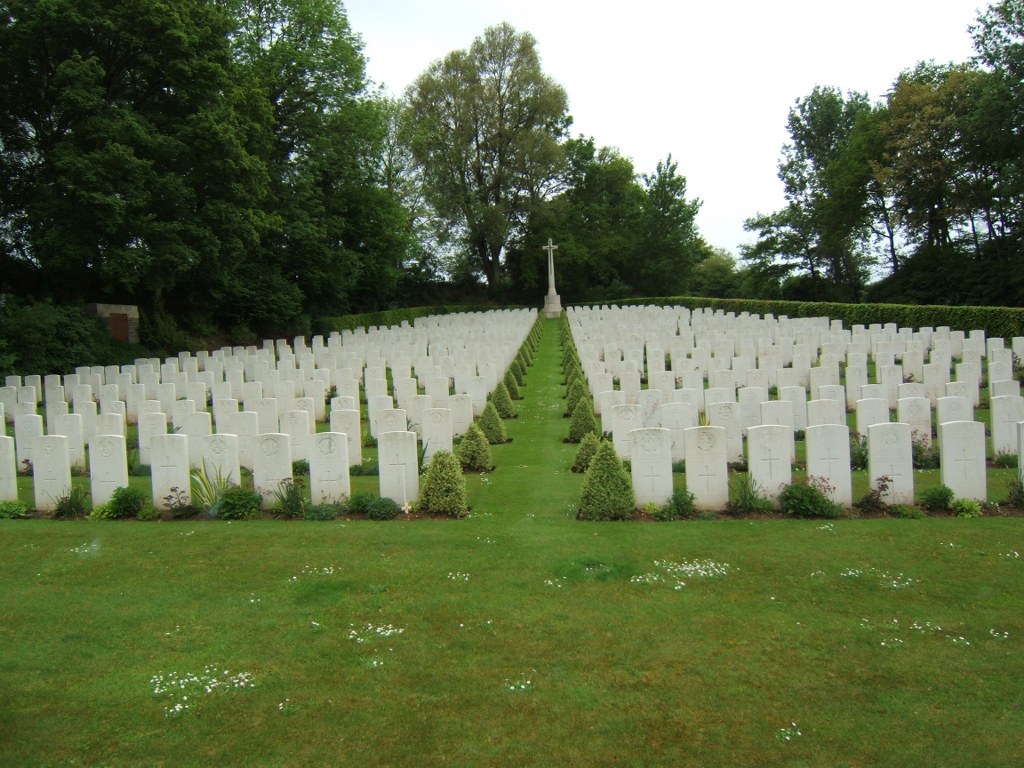 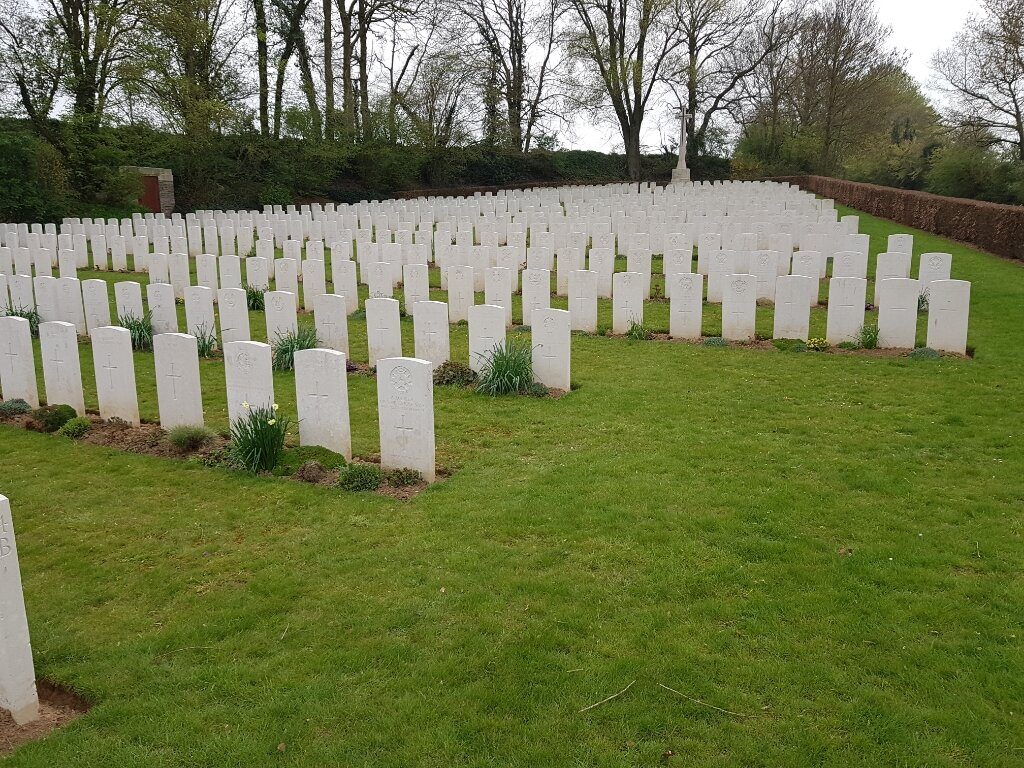 Pargny is a village about 15 kilometres south of Peronne and the British Cemetery is a further one kilometre south of the village, on the east side of the road the Nesle.

Pargny British Cemetery was made after the Armistice, by concentrations from the surrounding battlefields and the following cemetery:- PARGNY GERMAN CEMETERY, which was a little way North-East of Pargny Church, contained the graves of 32 soldiers from the United Kingdom. The majority of the burials in this cemetery are those of officers and men of the 61st (South Midland) and 8th Divisions, whose resistance at the Somme crossings on the 24th March 1918, materially helped to delay the German advance. There are now over 600, 1914-18 war casualties commemorated in this site. Of these, more than three-quarters are unidentified and special memorials are erected to 16 soldiers from the United Kingdom, known or believed to be buried among them. Other special memorials record the names of two officers of the Royal Air Force, buried in Pertain Military Cemetery, whose graves were destroyed by shell fire. Certain graves in Plot III, Row E, identified as a group but not individually, are marked with headstones inscribed: "Buried near this spot". The cemetery covers an area of 2,509 square metres.