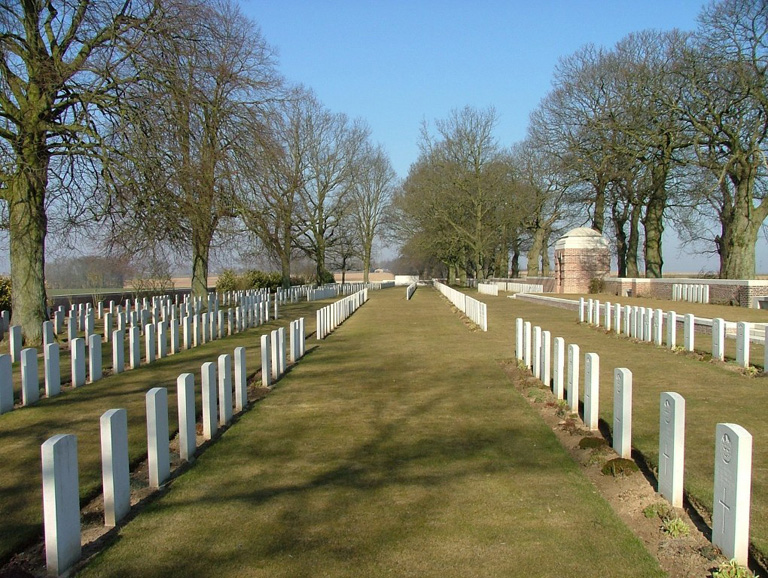 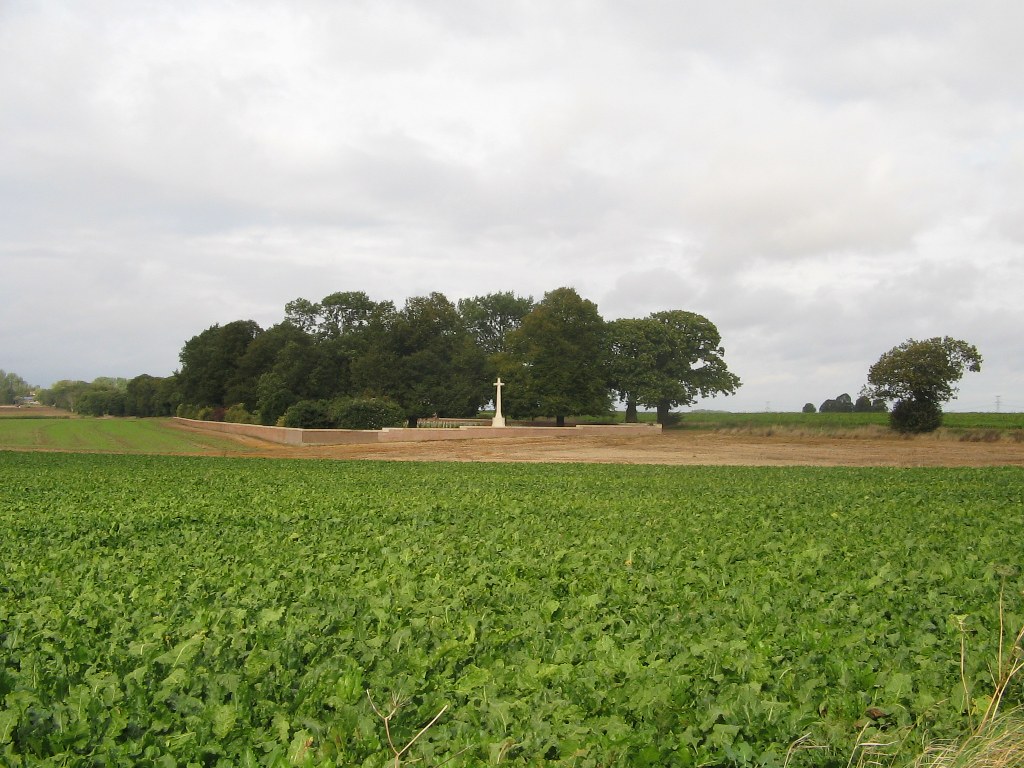 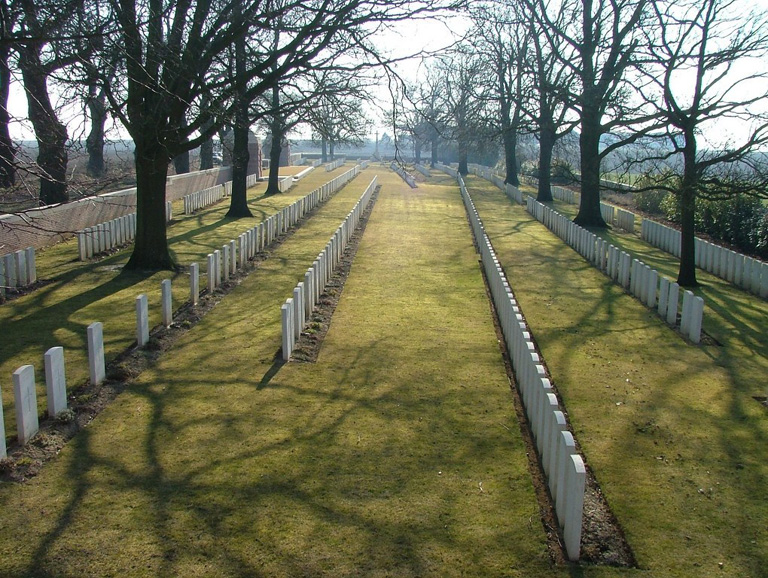 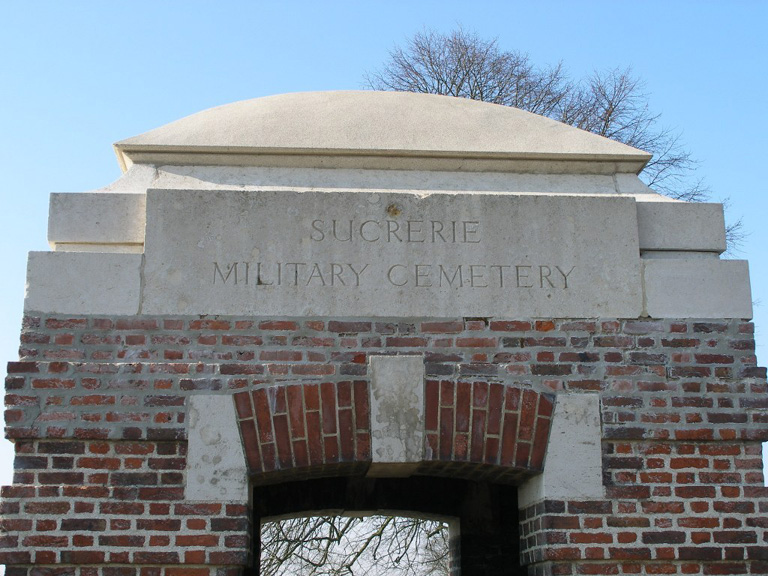 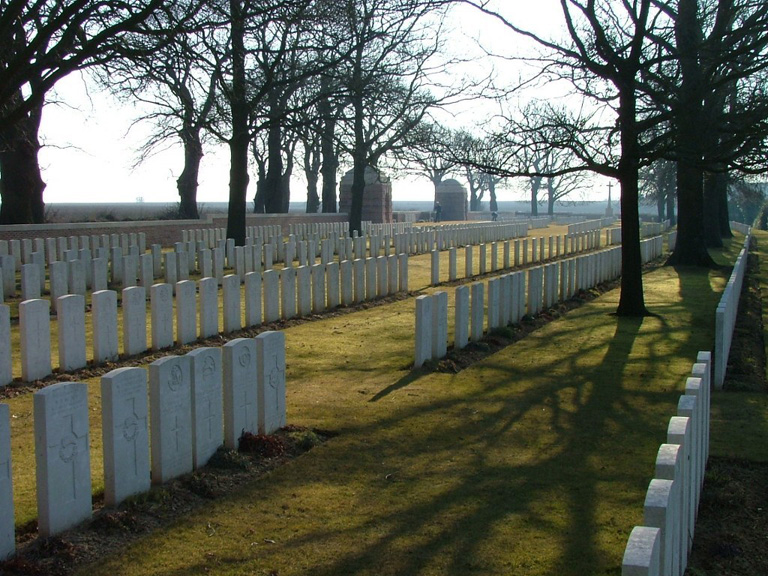 Colincamps is a village about 16 kilometres north of Albert. Sucrerie Military Cemetery is about 3 kilometres south-east of the village on the north side of the road from Mailly-Maillet to Puisieux. The cemetery is on the left; along a 400 metres dirt track.

The cemetery was begun by French troops in the early summer of 1915, and extended to the West by British units from July in that year until, with intervals, December 1918. It was called at first the 10th Brigade Cemetery. Until the German retreat in March 1917, it was never more than a 1.6 kilometres from the front line; and from the end of March 1918 (when the New Zealand Division was engaged in fighting at the Sucrerie) to the following August, it was under fire. The 285 French and twelve German graves were removed to other cemeteries after the Armistice, and in consequence there are gaps in the lettering of the Rows. Between 1933 and 1934 some of these gaps were refilled after 210 graves, found on the battlefields of the Somme, were added.

There are now 1103, 1914-18 war casualties commemorated in this site. Of these 219 casualties are unidentified.

The cemetery covers an area is 6,322 square metres and it is enclosed by a low brick wall. The cemetery was designed by Sir Reginald Blomfield.