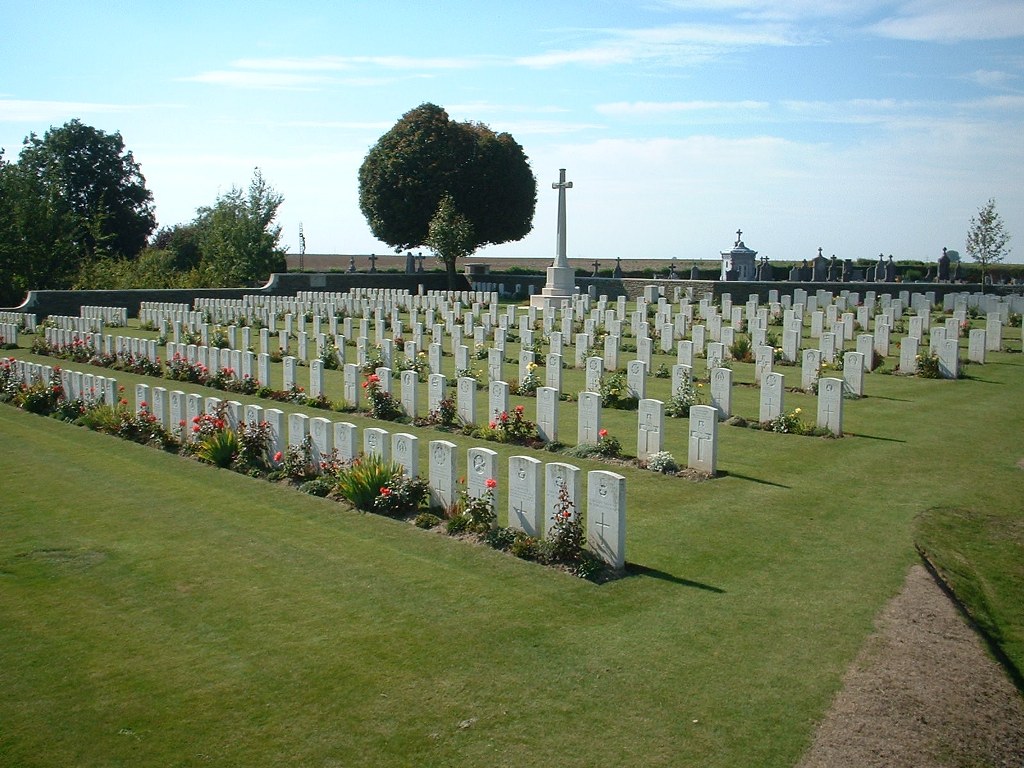 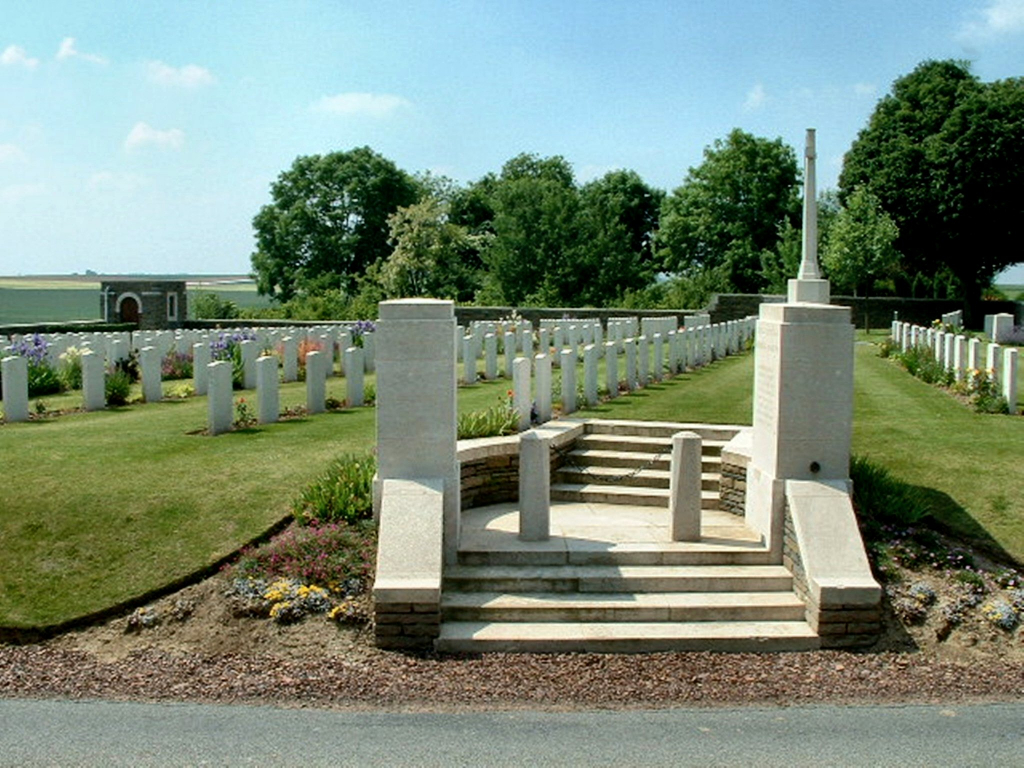 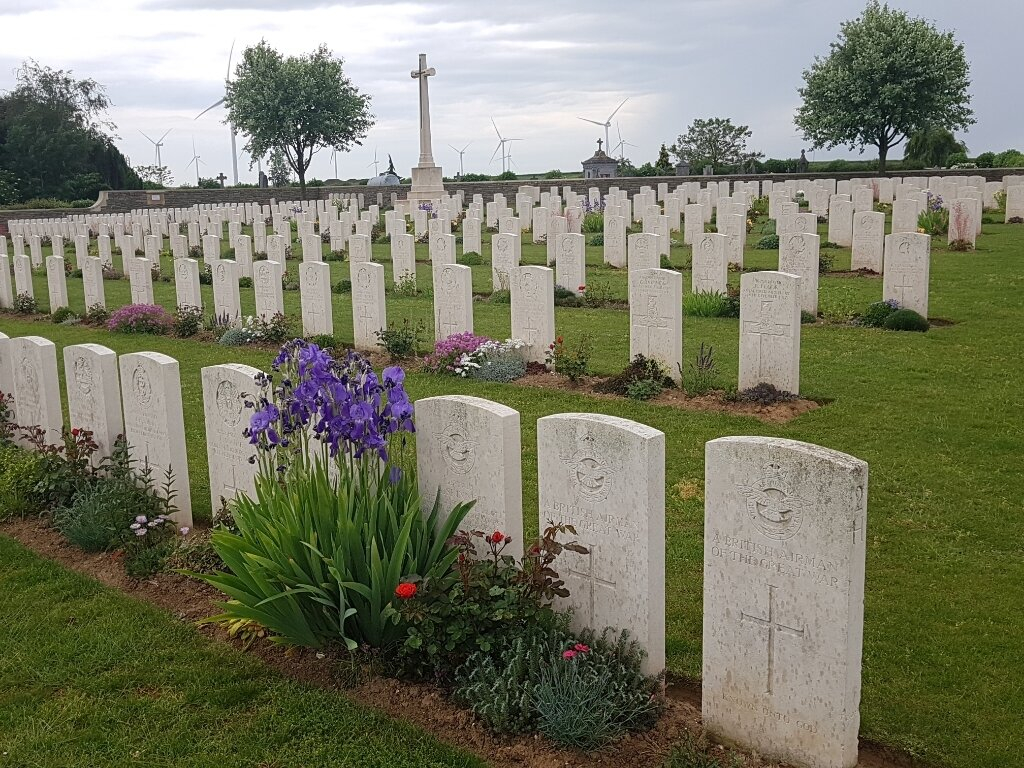 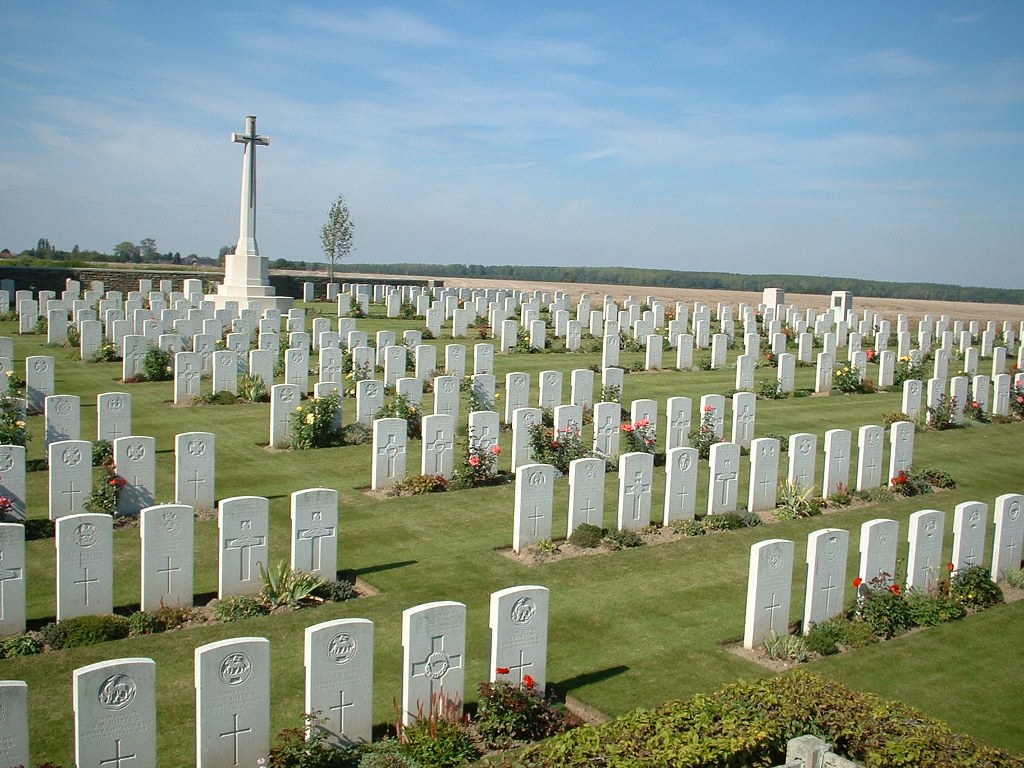 Metz-en-Couture is a village situated in the extreme south-eastern corner of the Department of the Pas-de-Calais. The British Extension is next to the Communal Cemetery and lies adjacent to the D29B, 2 kilometres east of the village travelling in the direction of Gouzeaucourt.

The village was captured by the 10th and 11th King's Royal Rifle Corps on the 4th and 5th April 1917, evacuated on the 23rd March 1918, and retaken by the 1st Otago Regiment on the following 6th September. It was noted for its extensive system of underground cellars. It was later "adopted" by the County Borough of Halifax. The Communal Cemetery was used by the enemy for the burial of German soldiers and also of three R.F.C. Officers, whose graves have now been removed to the British Extension. On the East side of it a German Extension was made containing the graves of 252 German soldiers and one man of the Chinese Labour Corps; the German graves have now been removed to other cemeteries and the Chinese grave to the British Extension. The British Extension was begun in April 1917, and used until March, 1918, and two graves were added in the following September. These original burials, made by Field Ambulances and fighting units, are in Plots I and II; Plots III and IV were added after the Armistice by the concentration of graves from the immediate neighbourhood, including:- METZ-EN-COUTURE BRITISH CEMETERY No.2, which was on the West side of the village, a little South of the road to Ruyaulcourt. It contained the graves of 35 soldiers from the United Kingdom, mainly of the 58th (London) and 47th (London) Divisions, who fell in 1917 and 1918. There are now nearly 500, 1914-18 war casualties commemorated in this site. Of these, almost 50 are unidentified and special memorials are erected in the cemetery recording the names of four soldiers from the United Kingdom, buried in Metz-en-Couture British Cemetery No.2, whose graves could not be found on concentration. The cemetery covers an area of 2,212 square metres and is enclosed on three sides by a rubble wall.