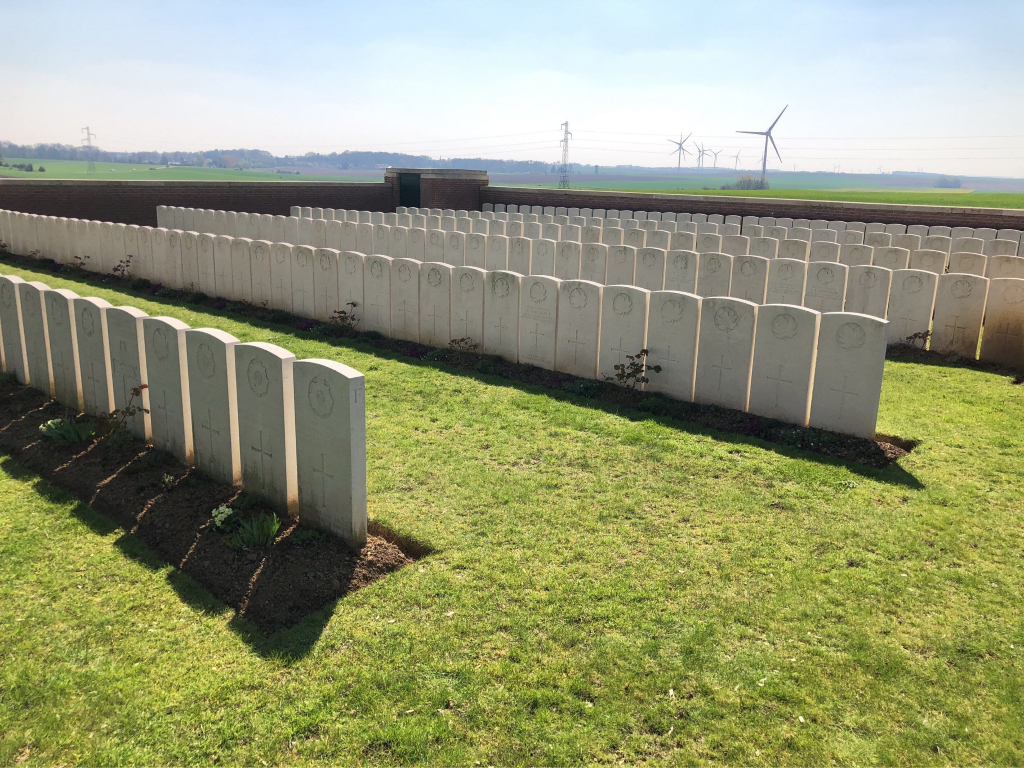 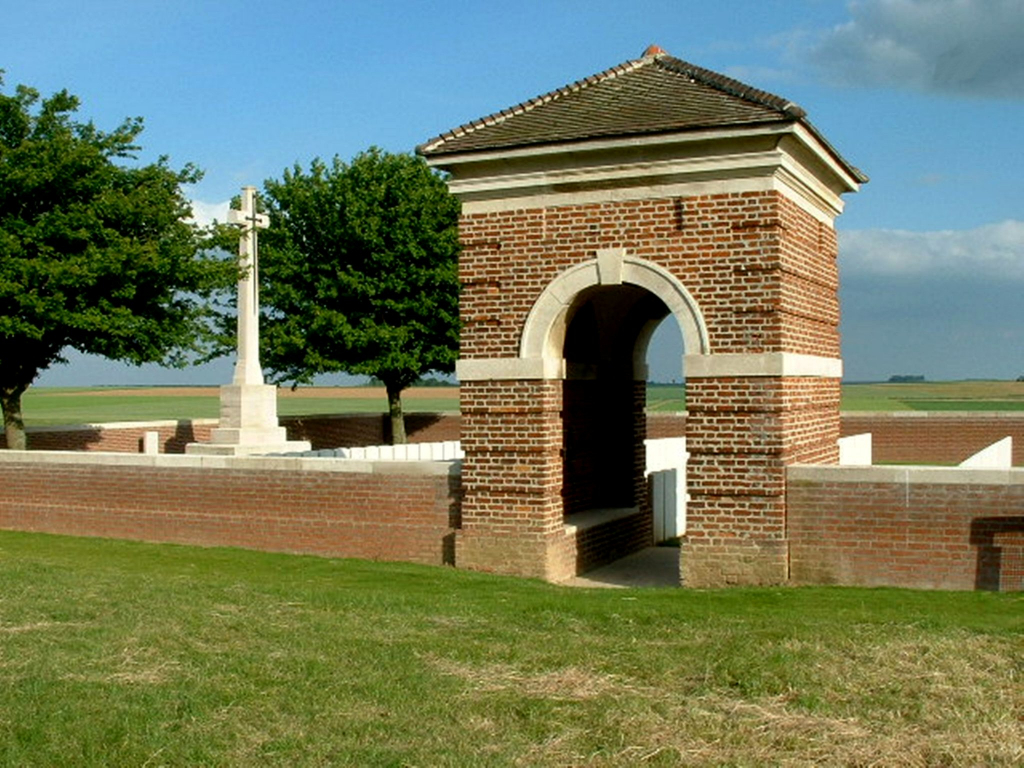 Hendecourt-les-Cagnicourt was captured by the 57th (West Lancashire) and 52nd (Lowland) Division on the night of 1-2 September 1918. Upton Wood (an army name) was captured on 30 August 1918 by the 1st Canadian Division and the cemetery was made immediately afterwards. Upton Wood Cemetery contains 226 burials and commemorations of the First World War. Eight of the burials are unidentified but there is a special memorial to one casualty known to be buried among them. The cemetery was designed by G H Goldsmith.