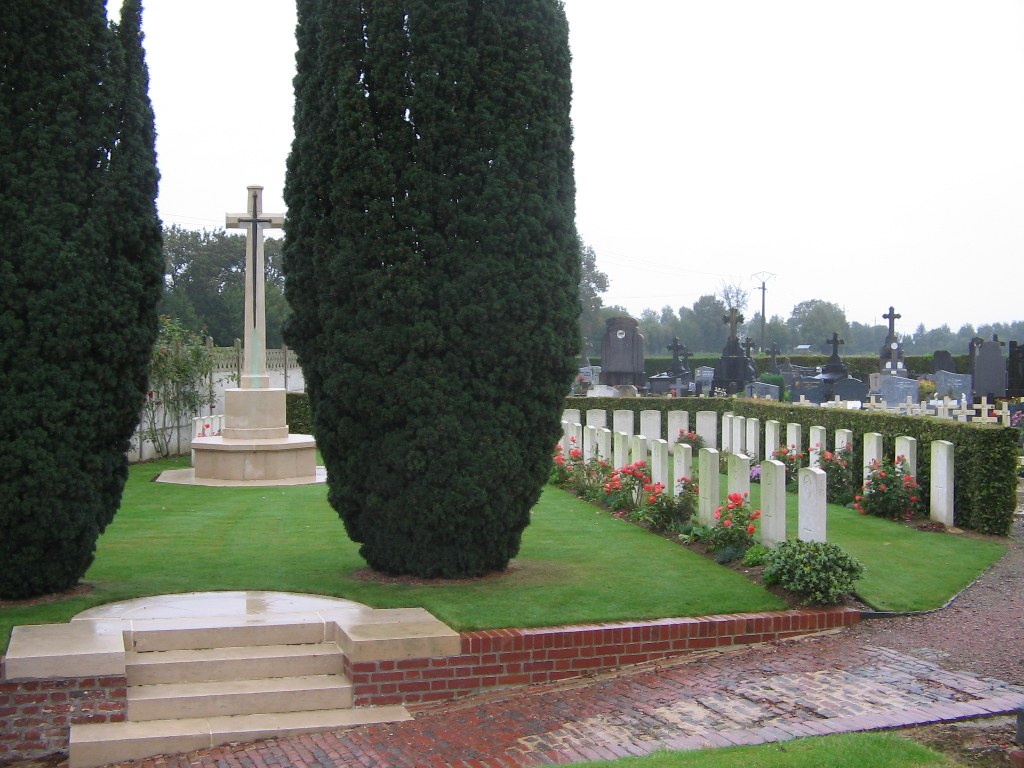 Hebuterne was taken over by Commonwealth forces from the French in the summer of 1915 and it remained vulnerable to shell fire during the 1916 Battle of the Somme. It was again the scene of fighting in March 1918 when the New Zealand Division held up the German advance and during the following summer, the village was partly in German hands. The communal cemetery contains two plots of graves, mainly of the 20th (Light) and 31st Divisions.

There are now 58 First World War burials in the cemetery, six of them unidentified.