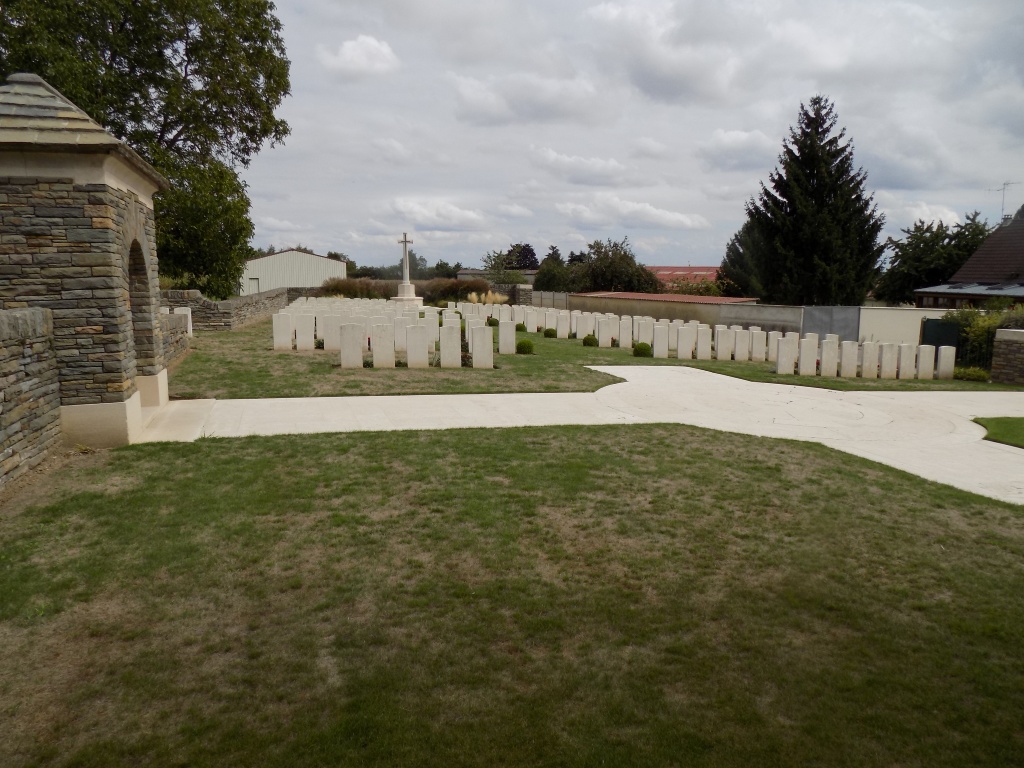 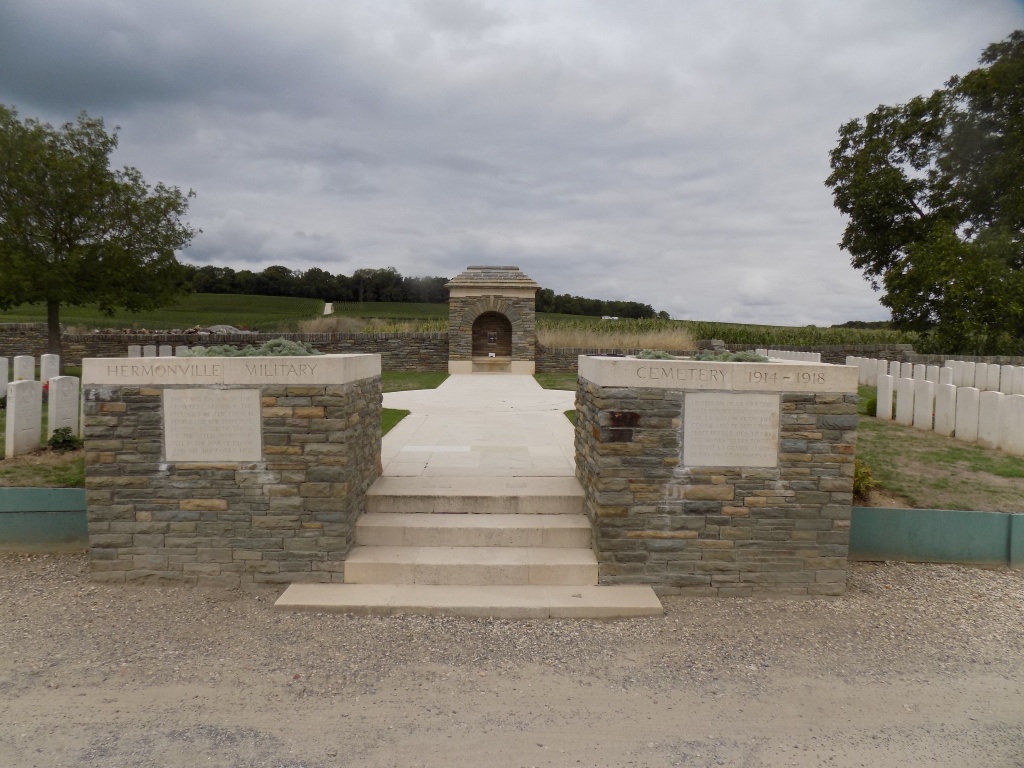 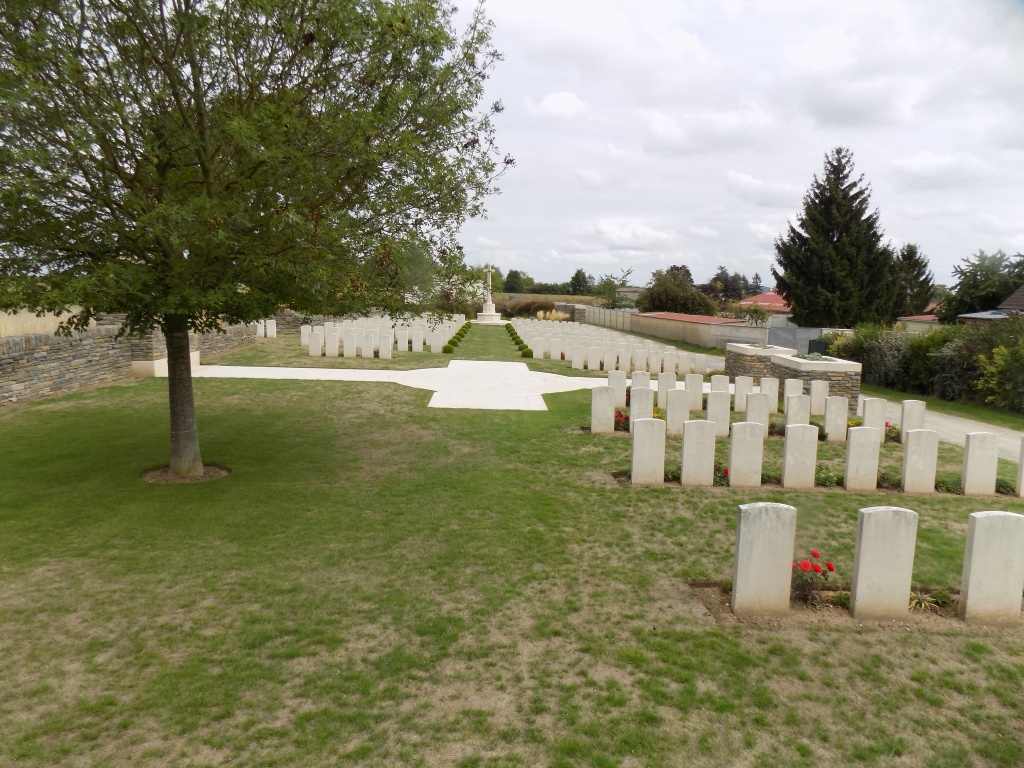 Hermonville is a village 11 kilometres north-west of Reims in the direction of Laon. From Reims take the N44 towards Laon. After 5 kilometres turn left at the road sign for Hermonville, along the D30, passing through the village of Villers Franqueux Enter Hermonville along the Rue de Reims and at the village centre turn right (first CWGC direction sign) going along the Rue de L'Eglise on the D530, which leads onto the Rue de Sebastopol and then the Rue St Remy. At the following junction turn right into Rue Charles de Gaulle and 20 metres further on turn left up the Rue des Dourdonnes. The Cemetery is at the end of this 150 metre long narrow road.

Hermonville Military Cemetery originally contained, on the West side, 407 French and 99 German graves, but these were later removed. The British graves are those of soldiers from the United Kingdom, mainly of the 21st Division, who fell in May and June 1918, and were reburied here after the Armistice. There are now nearly 250, 1914-18 war casualties commemorated in this site. Of these, over half are unidentified and special memorials are erected in Plot III, Row AA, to five Sappers of the Royal Engineers who fell on the 27th May 1918, and were buried in the German part of the cemetery, but whose graves could not be found. Six United Kingdom soldiers believed to be buried among the unnamed graves are also commemorated on special memorial headstones, located to the left of the Register Box. The Cemetery covers an area of 1,183 square metres and is enclosed (except on the roadside) by a low rubble wall.