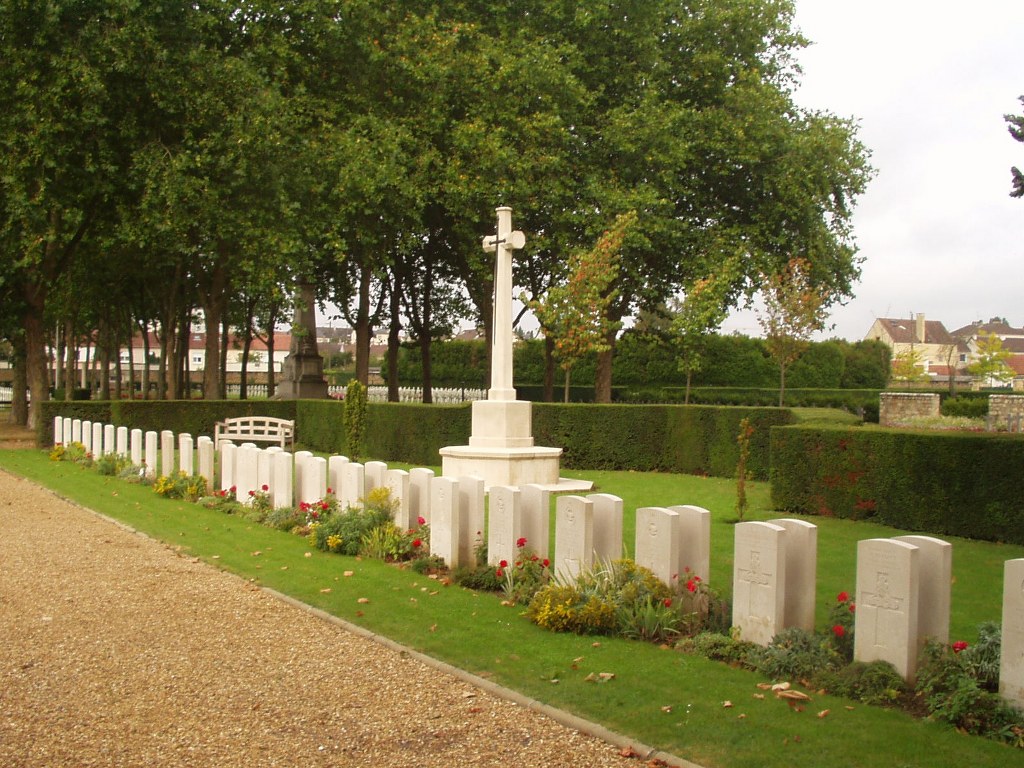 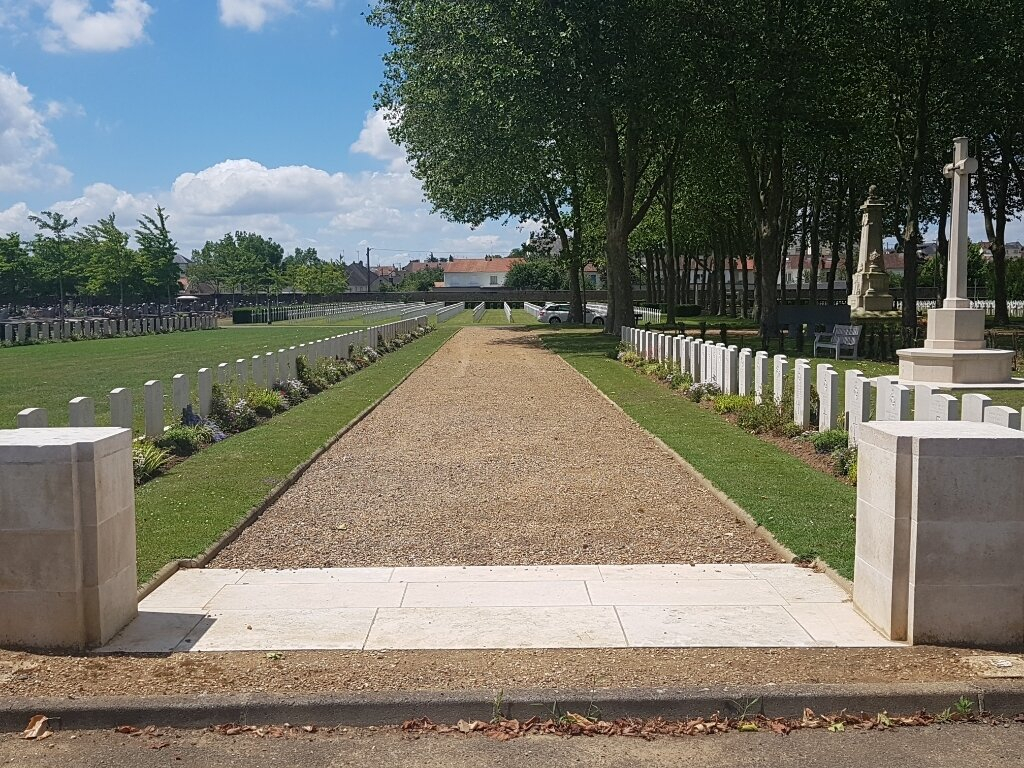 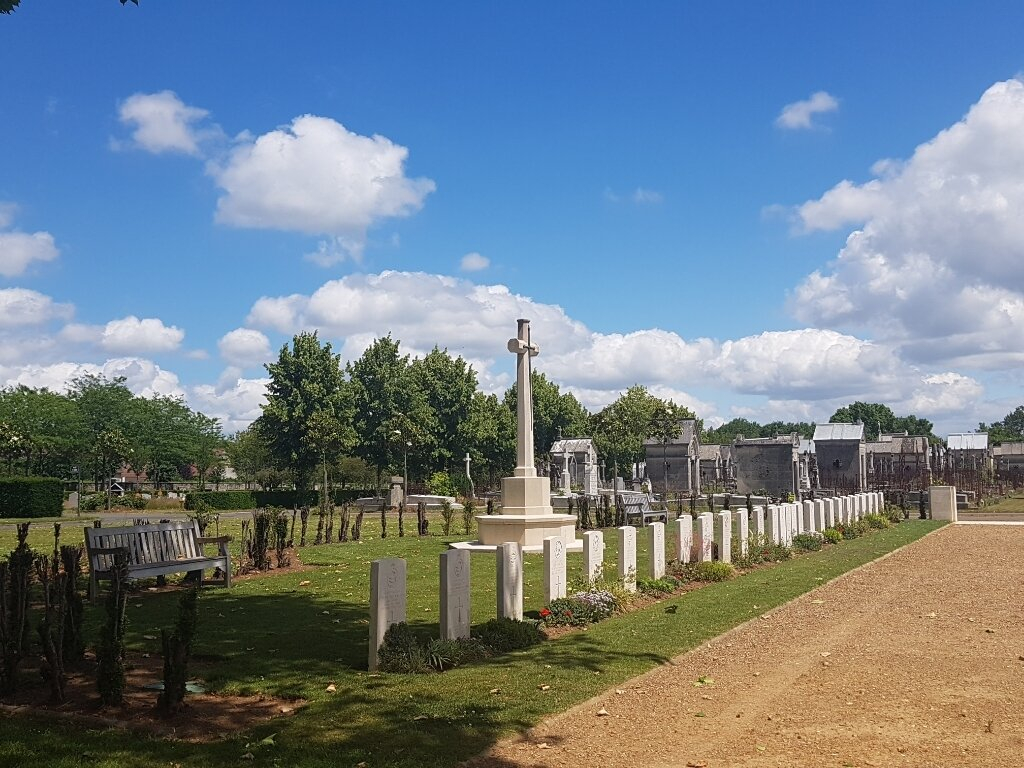 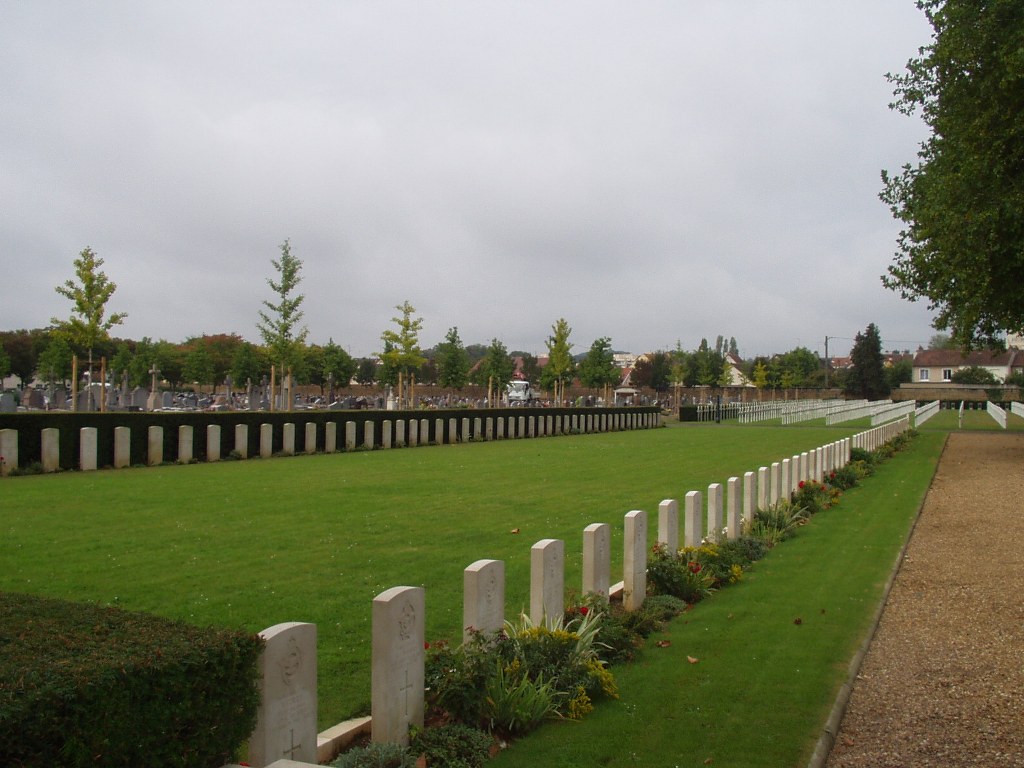 Le Mans is a large town and the seat of the Prefecture of the Department of La Sarthe. The Cemetery is in the north-west suburb of the town, west of the River Sarthe, off the main road, Avenue Rhin et Danube (D304). From the D304, turn into the Rue des Etamines, then left into Rue de la Madelaine. The Cemetery is off the Rue de la Madelaine in the Rue de le Garenne. The War Graves plot is at the far end of the cemetery on the left hand side, (Plot 38).

In 1914, when St. Nazaire and Nantes were the British bases, Le Mans was the Advanced Base and a hospital centre. In 1939 the British General Headquarters were concentrated here from the 14th to 21st September, and in June, 1940 the Headquarters of the southern portion of the British Expeditionary Force were at Chateau de la Blanchardiere, Le Mans. There are 61 Commonwealth burials of the 1914-18 war, 1 of which is unidentified. There are a further 97 Commonwealth burials of the 1939-1945 war here, 8 of which are unidentified. There is 1 Polish Foreign National burial.