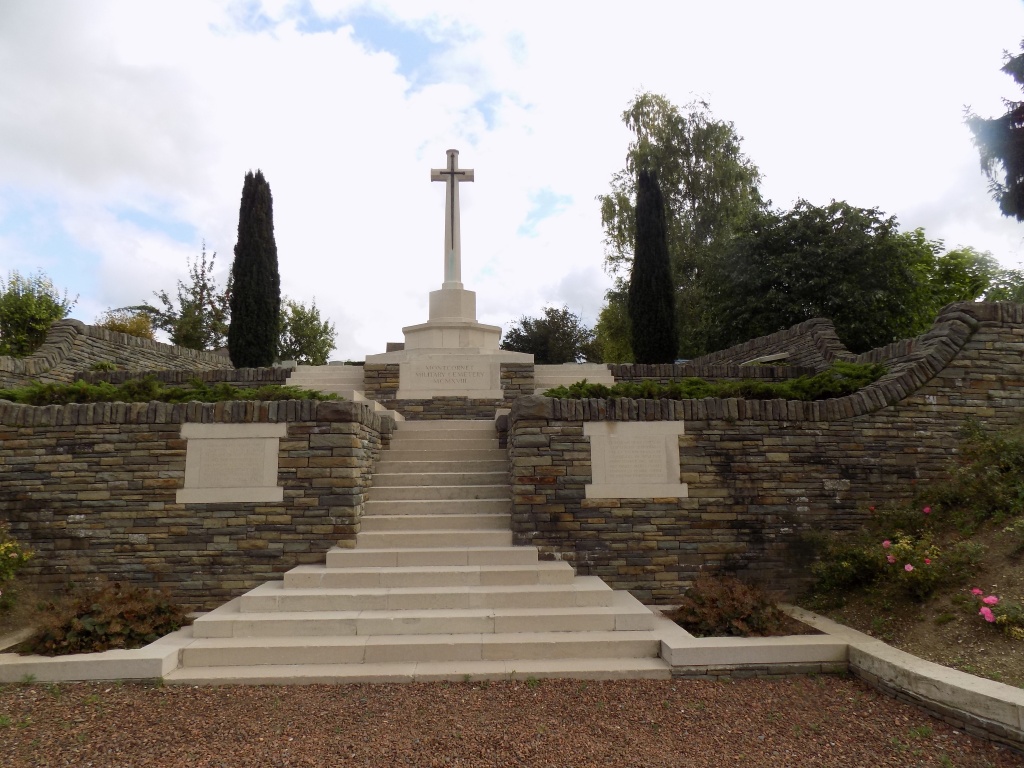 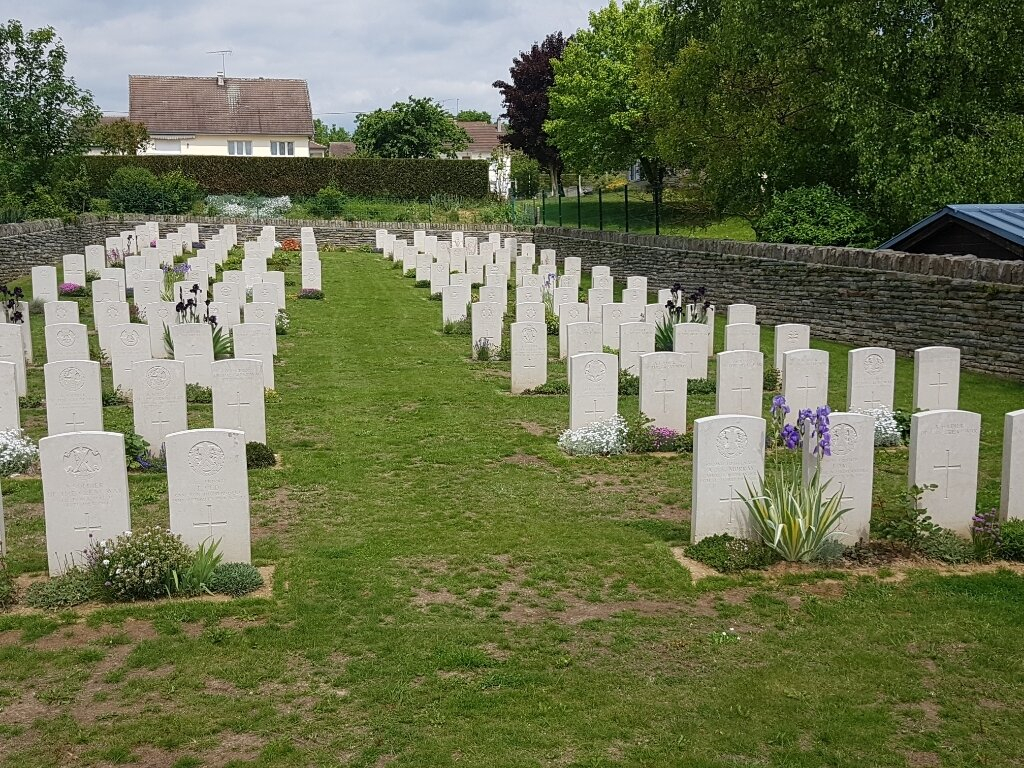 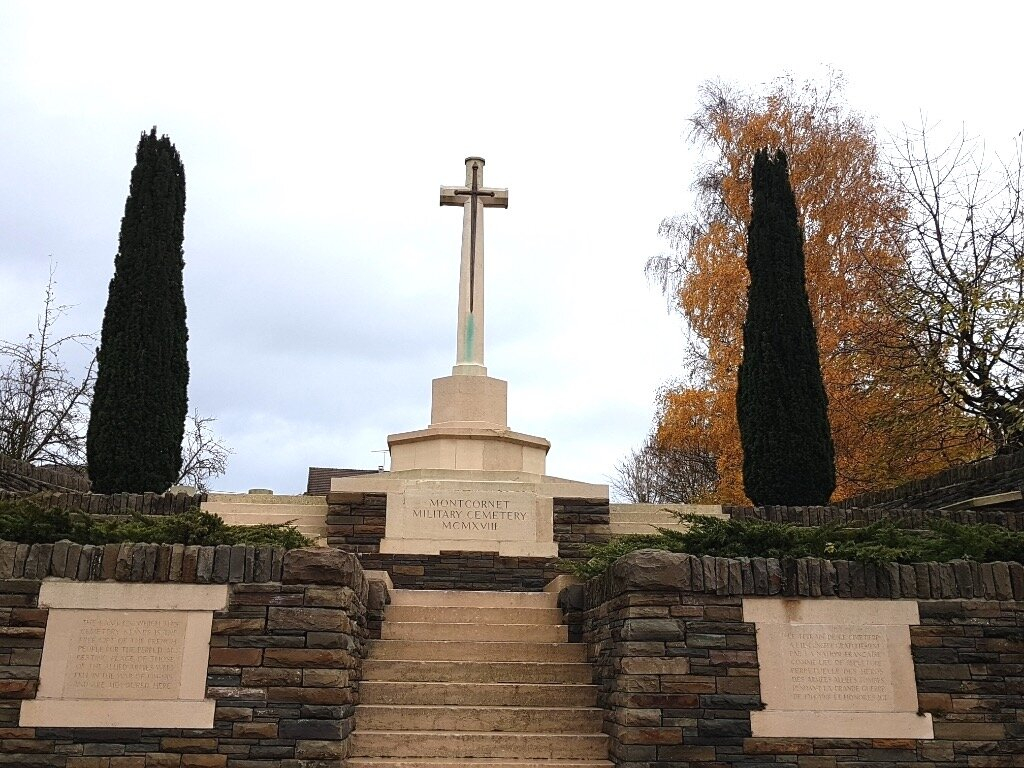 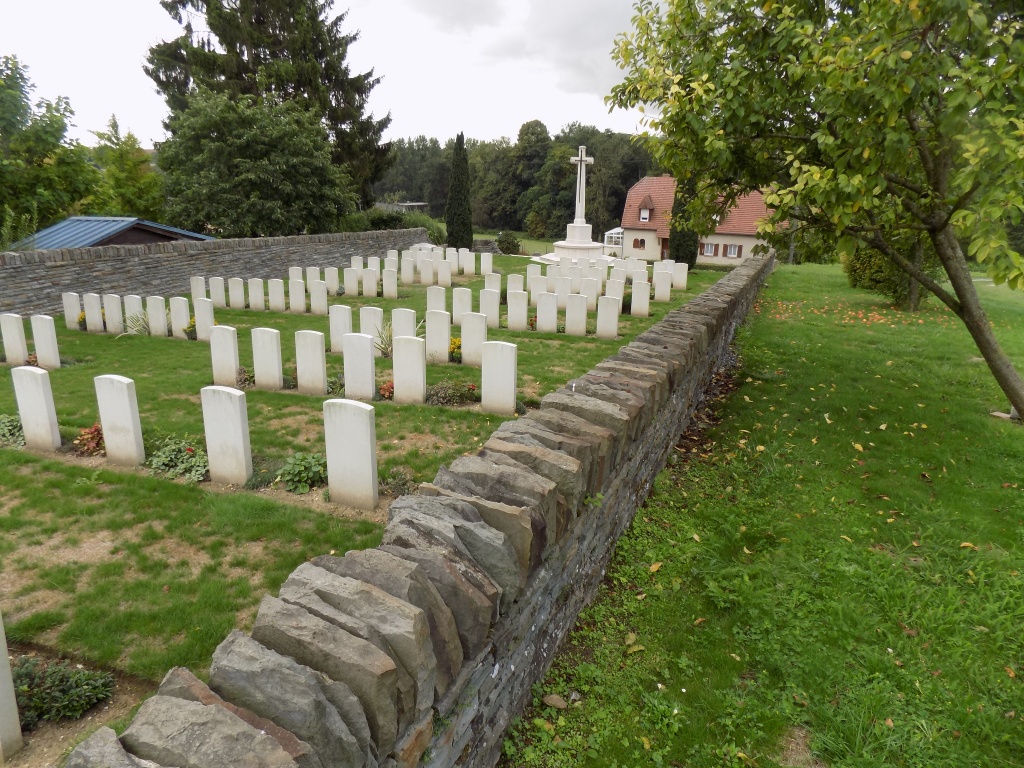 Montcornet is a commune 38 kilometres north-west of Rethel. The cemetery can be reached following the D977 road from Laon and junction 13 of the A26. On arriving at the first road junction on the outskirts of Montcornet, it is necessary to turn right into the town centre. After several hundred metres a right turn should be taken following the signs for Rethel. Shortly after leaving the town centre, the road forks. The right fork should be taken following the CWGC sign. After about 200 metres look for Montcornet Military Cemetery on the left side of the road, which is partially shielded by housing. The cemetery is up a flight of steps from the road.

The Mairie is closed on Tuesday and Thursday afternoon

Montcornet was a German hospital centre in 1918.

Between 1927 and 1938, the bodies of British soldiers recovered from former battlefields east of Soissons were buried here; most of these were unknown and fell in September 1914. Graves from certain smaller cemeteries were also brought here, including:-

ANTHENY CHURCHYARD (Ardennes), where the unidentified Canadian soldier was buried in November 1918.

There are now over 100, 1914-18 and nearly 20, 1939-45 war casualties commemorated in this site. Of these, over 50 from the 1914-18 War are unidentified and four soldiers from the United Kingdom, 3 of whom were buried in the German cemetery at Montcornet and one in Crugny Churchyard, but whose graves are now lost, are commemorated on special memorial headstones.

The cemetery covers an area of 692 square metres.