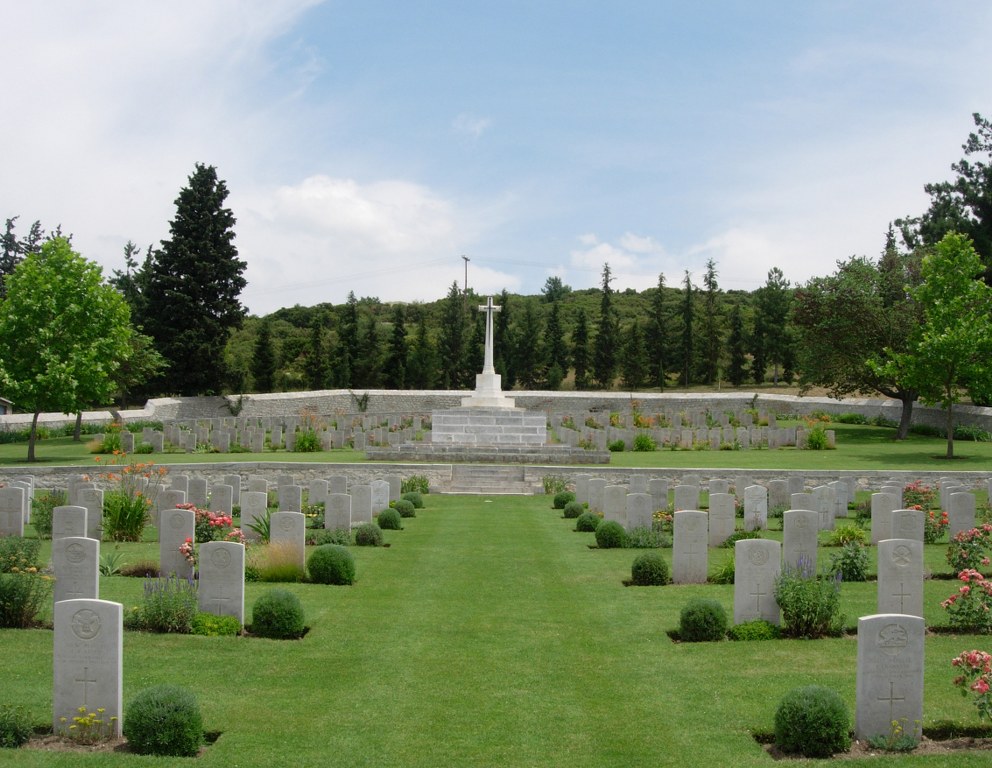 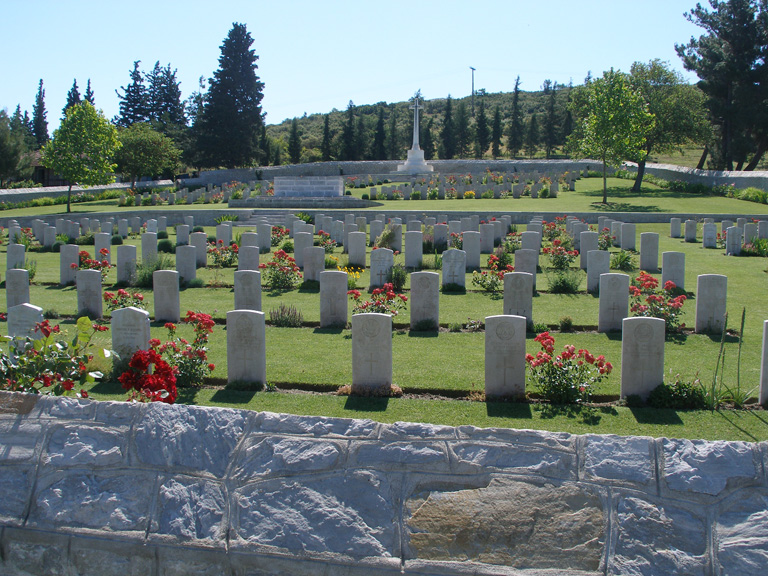 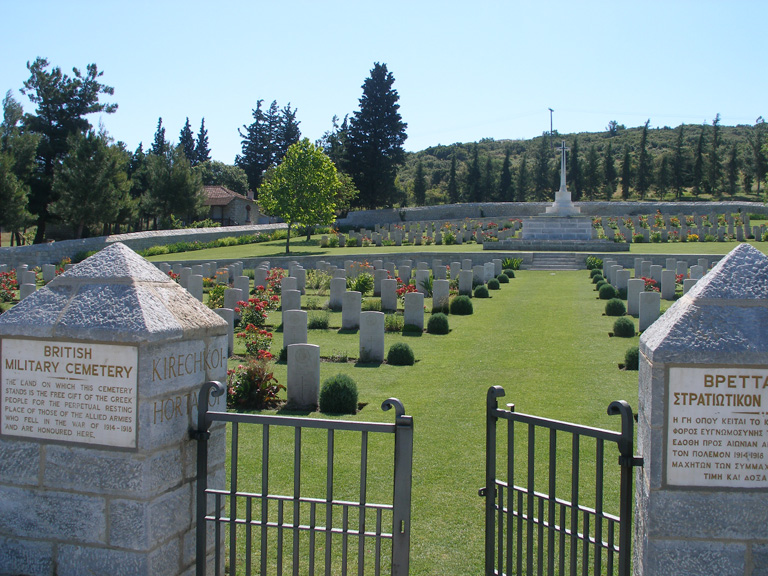 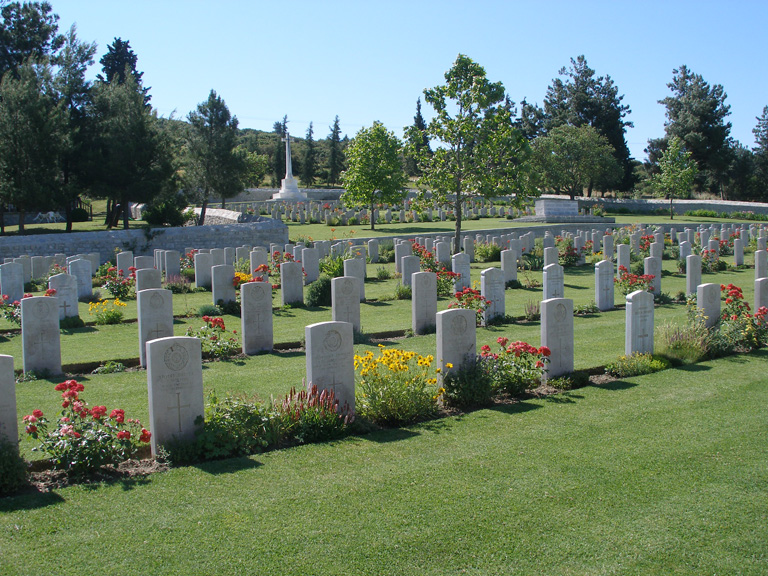 The cemetery is some 15 kilometres north east of Thessaloniki, on the outskirts of the village of Exochi (formerly Kirechkoi), adjacent to the village communal cemetery, just off the road to Hortakoi. From Thessaloniki, first drive to Panorama. Continue through Panorama on the main road which meanders up the mountain and keep following this road for approximately 5 km until you reach a large T junction, just past a bus park on the left, (straight ahead is a large stone quarry). Turn left at this T junction onto Leoforos Papanikolaou Road and continue for around 400 metres until you see the CWGC sign and turn left onto Agiou Panteleimona for a further 200 metres. When you arrive at a small crossroads turn left and the cemetery is on your left hand side.

The Cemetery is permanently open and may be visited at any time however this site is difficult to access should it snow.

XVI Corps Headquarters were at Kirechkoi from January 1916, soon after the opening of the Salonika campaign, until the advance to the Struma in September 1916. The cemetery was begun in March 1916, but it remained a very small one until September 1917, when the 60th, 65th and 66th General Hospitals came to the neighbourhood. In June, July and September 1918, other hospitals were brought to the high and healthy country beside the Salonika-Hortakoi road and in September 1918, the influenza epidemic began which raged for three months and filled three-quarters of the cemetery. The last burial took place in January 1919, but in 1937, 12 graves were brought into the cemetery from Salonika Protestant Cemetery where their permanent maintenance could not be assured. The cemetery now contains 588 Commonwealth burials of the First World War and 58 Bulgarian war graves. There are also 17 burials from the Second World War.