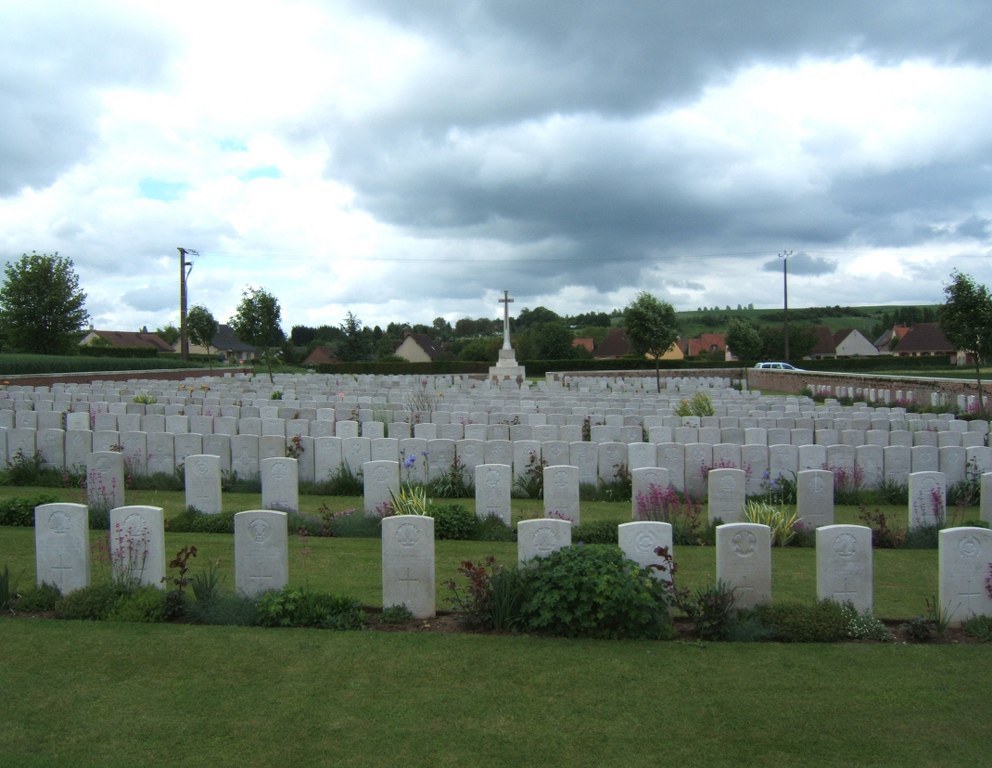 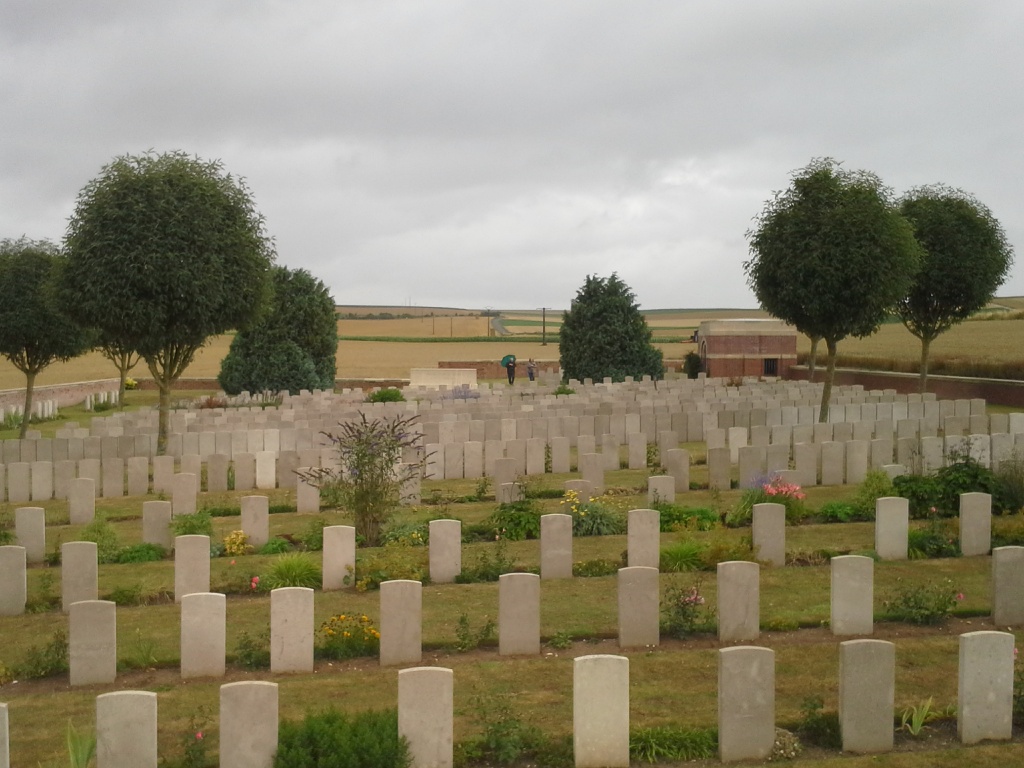 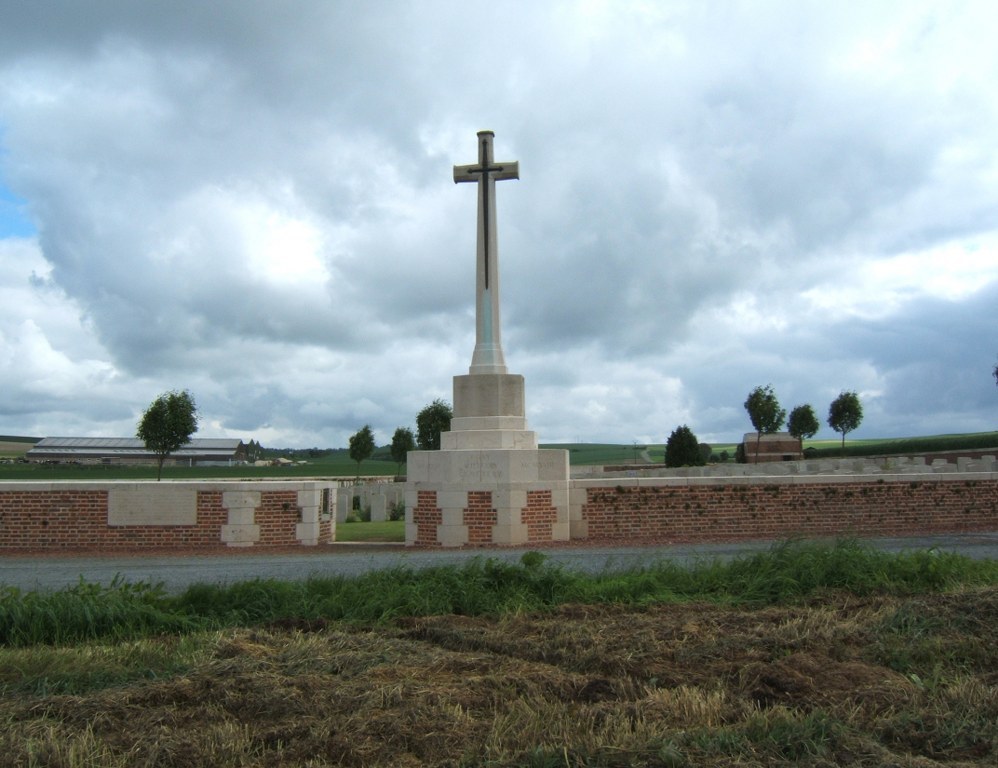 Bray-sur-Somme is a village about 9 kilometres south-east of Albert. Bray Military Cemetery is north of the village, a little west of the road to Maricourt.

The cemetery was begun in April 1916 by fighting units and field ambulances. In September 1916, the front line having been pushed further east, it was used by the XIV Corps Main Dressing Station and in 1917, the 5th, 38th and 48th Casualty Clearing Stations came forward and used it. In March 1918, the village and the cemetery fell into German hands, but were retaken by the 40th Australian Battalion on 24 August, and during the next few days the cemetery was used again. After the Armistice graves were brought in to Plot I, Rows A1 and B1, and Plot II, Rows J and K, from the battlefields immediately north and south of the village and in 1924, further isolated graves (Plot III) were brought in. Bray Military Cemetery now contains 874 Commonwealth burials of the First World War, 127 of which are unidentified. The cemetery was designed by Sir Reginald Blomfield.