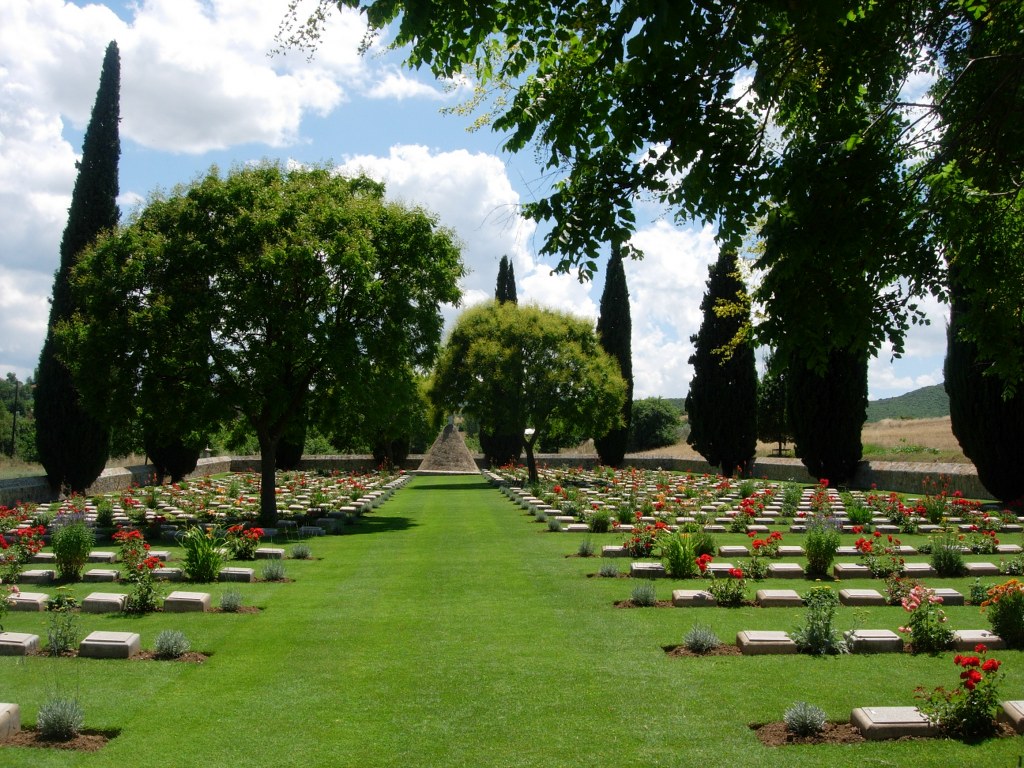 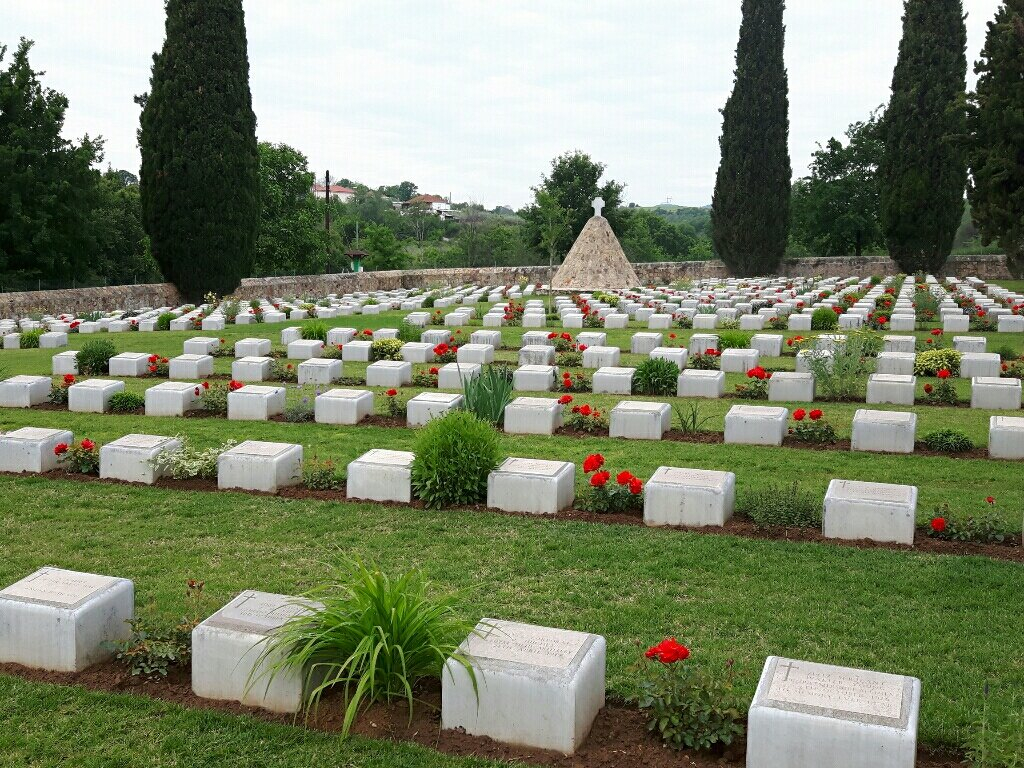 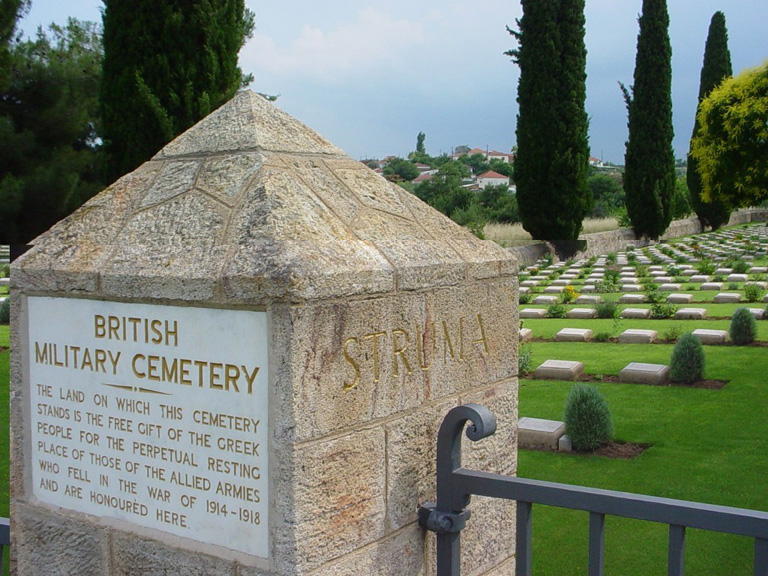 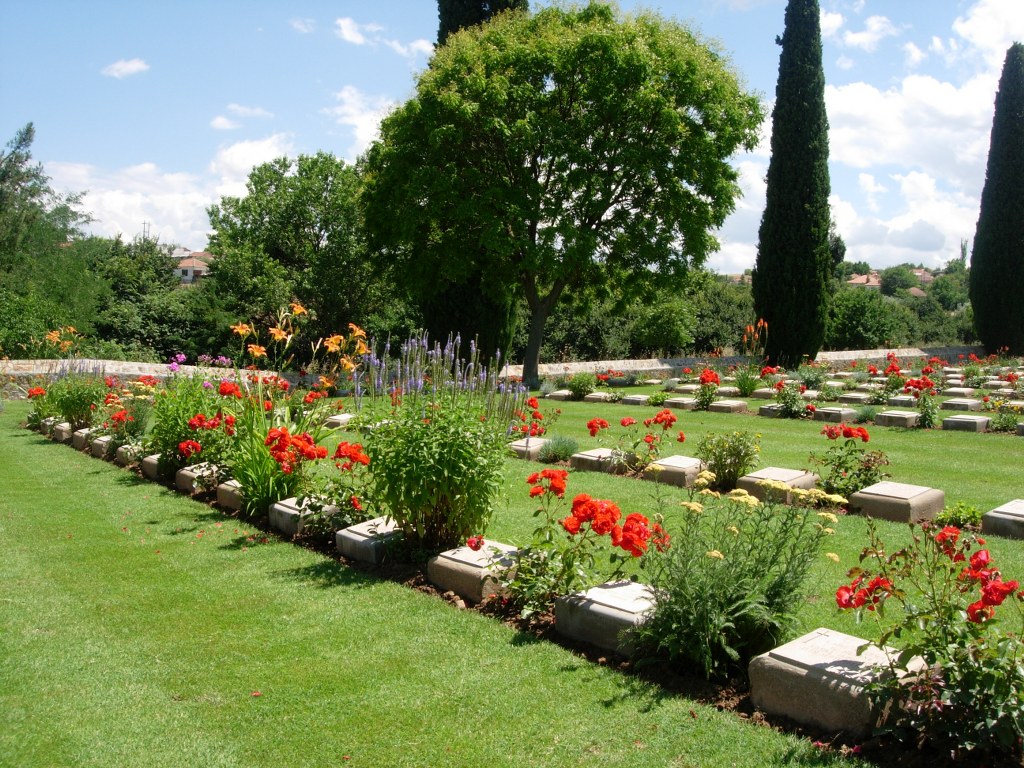 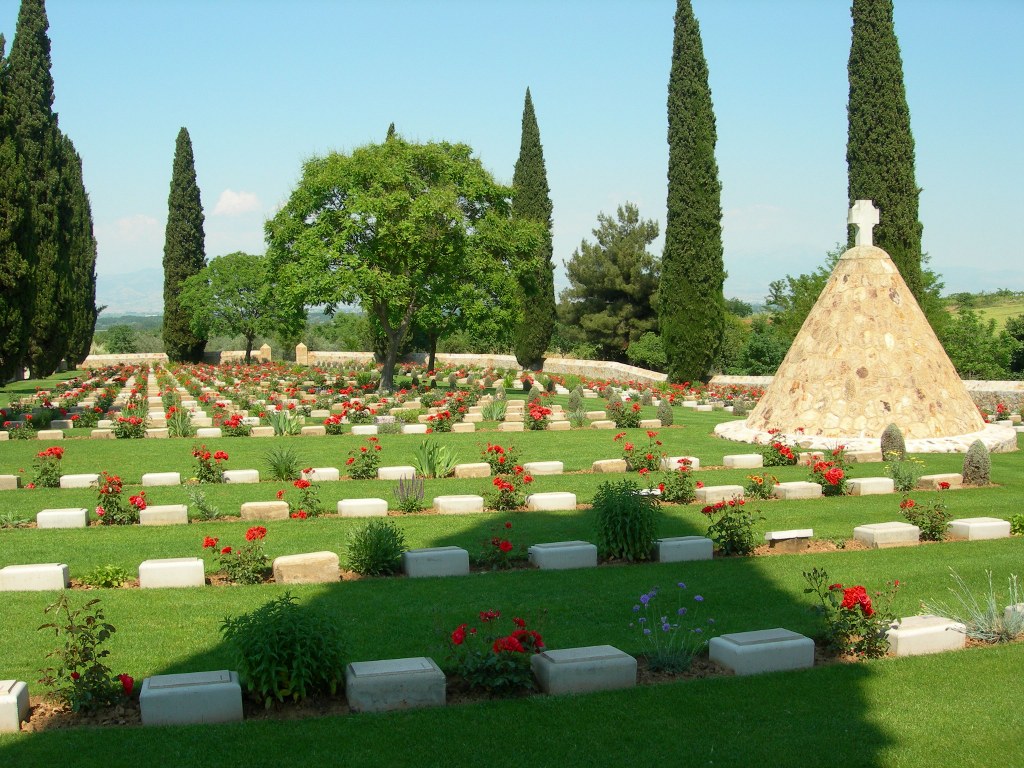 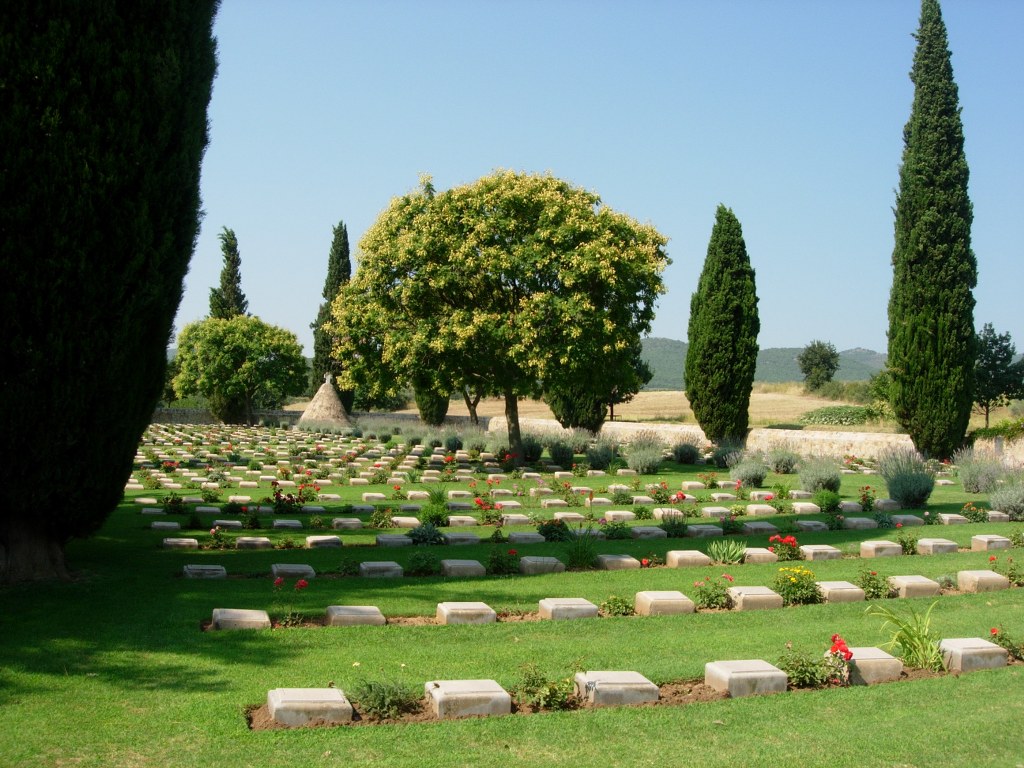 From Thessalonikis take the Lagkada road (A24/E02) sinposted to Serres/Kilkis. Follow this on to the Egnatia Odos road and then at Lagyna take the left fork on to the Thessalonikis Serron motorway (E90). Follow the signs to Serres for approximately 50km. Take the exit to Kalokastro/Strimoniko/Nigrita and turn left at the crossroad. Continue straight to Kalokastro for 4km. In the centre of the village turn left to the CWGC sign and follow the agricultural road for 300m. the cemetery will appear on the right hand side.

The Struma River flows through Bulgaria southward to the Greek frontier, then south-east into the Aegean Sea. From the Allied base at Salonika, a road ran north-east across the river to Seres, and it was this road that the right wing of the Allied army used for the movements of troops and supplies to the Struma front during the Salonika Campaign.

In the autumn of 1916, the 40th Casualty Clearing Station was established not far from the road near the 71 Kilometre stone and the cemetery made for it was originally called Kilo 71 Military Cemetery.

The original plot, Plot I, was set too close to a ravine and the graves in it were moved after the Armistice to the present plots VIII and IX. The remainder of the cemetery consists almost entirely of graves brought in from the battlefields, from the churchyards at Homondos, Haznatar and Kalendra, and from little front-line cemeteries (established by Field Ambulances or Battalions), of which the chief were those at Ormanli (24 burials), Dolab Wood (17 burials) and Big Tree Well (on the right bank of the Struma, opposite Ormanli; 17 burials).

Struma Military Cemetery contains 947 Commonwealth burials of the First World War, 51 of them unidentified. There are also 15 war graves of other nationalities.