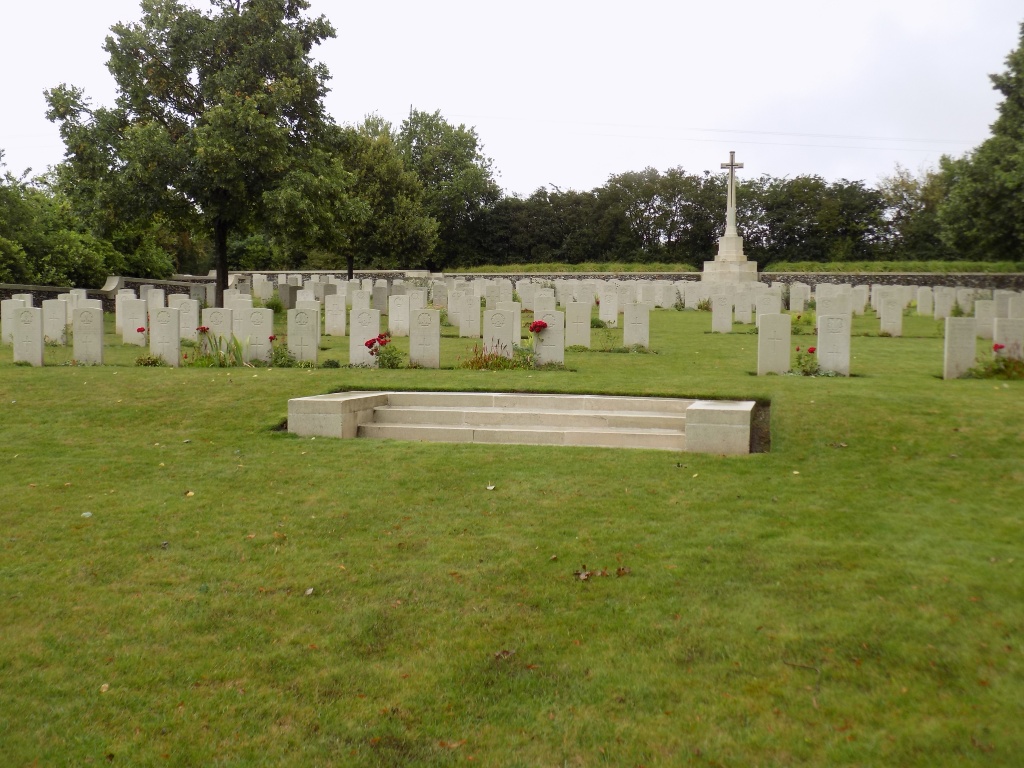 Hargicourt is a village about 16 kilometres north-west of St Quentin and about 3 kilometres west of the main road from St Quentin to Cambrai. The Cemetery is at the western end of the village, on the south side of the road to Peronne.

Hargicourt was occupied by British troops in April 1917, lost on the 21st March 1918, and recaptured by Australian troops on the 18th September 1918.

Hargicourt British Cemetery was begun in May 1917, and used by fighting units until March 1918; some further burials were made in September and October 1918, and three British graves were brought in after the Armistice from HARGICOURT COMMUNAL CEMETERY GERMAN EXTENSION. It was largely used by the 34th Division, under the name of Hargicourt Quarry Cemetery (derived from the quarry across the railway line).

There are now over 300, 1914-18 war casualties commemorated in this cemetery. Of these, over 30 are unidentified and a special memorial is erected to a United Kingdom soldier known to be buried among them.

The British Cemetery covers an area of 2,151 square metres and is enclosed by a flint and stone wall.