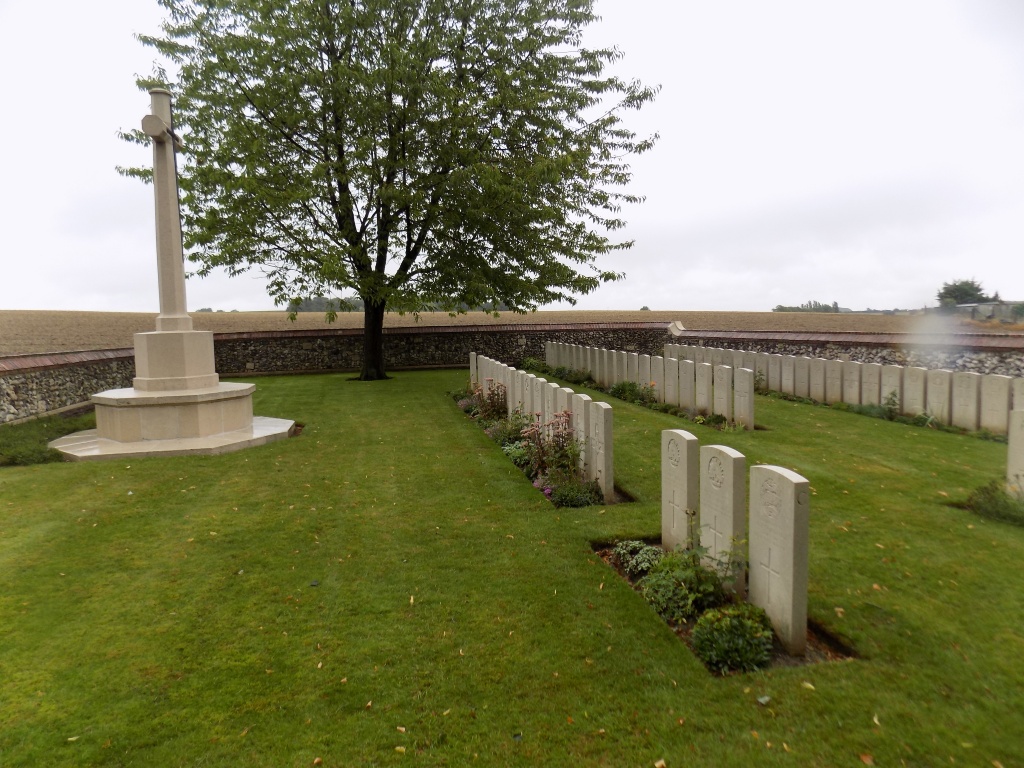 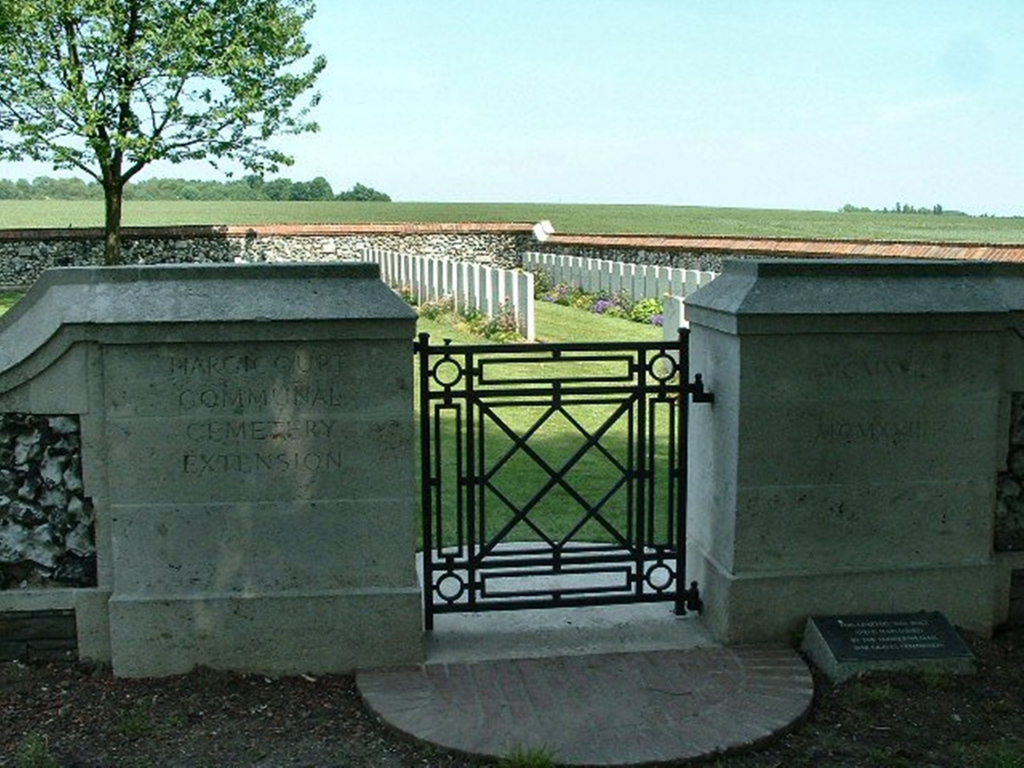 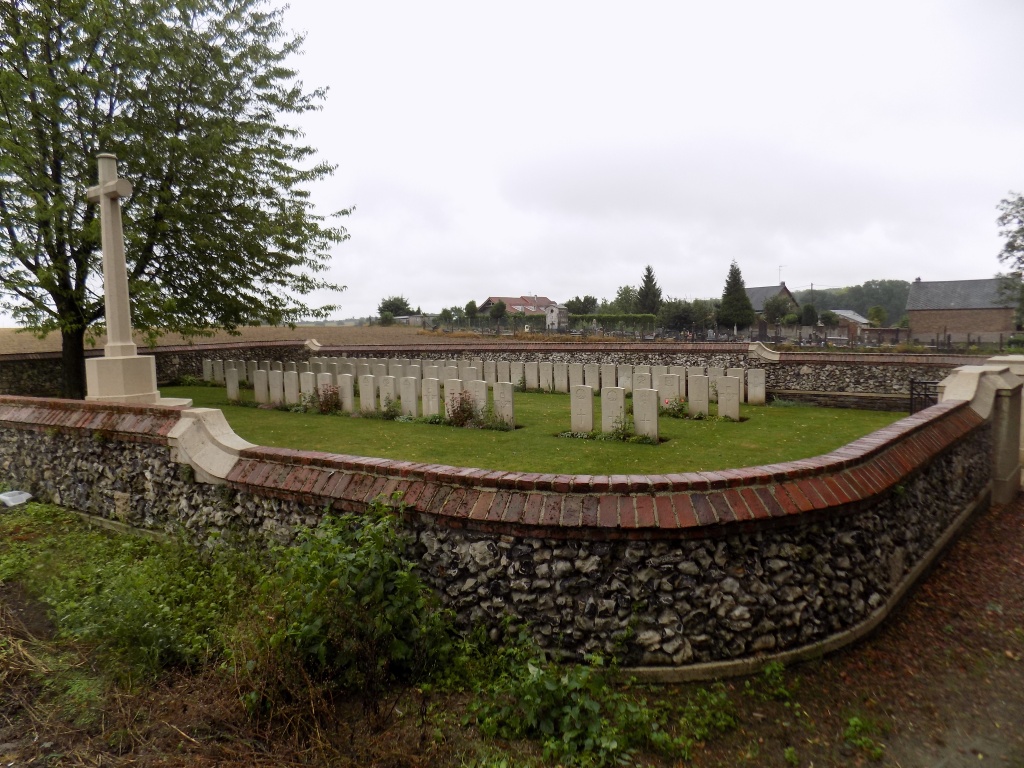 Hargicourt Communal Cemetery Extension is a small cemetery detached from the civil cemetery but in its proximity, and is located on the north side of the small town of Hargicourt. The cemetery can be reached from the direction of Cambrai on the N44, Cambrai to St Quentin road. In the village of Bellicourt, turn onto the D337, passing Bellicourt British Cemetery on the right side of the road. Follow the road around to the left, signposted Hargicourt. On arriving in Hargicourt turn right following the CWGC sign onto Rue Caron. After 250 metres turn right on to Rue Due Cimitiere Protestant, also indicated with a CWGC sign. After about 100 metres turn left past the civil cemetery onto the track where Hargicourt Communal Cemetery Extension is located. If approaching from Peronne on the D6, follow the road around to the left into the centre of Hargicourt. Turn left at the CWGC signpost onto Rue Caron and follow directions as given above.

Hargicourt was occupied by British troops in April 1917, lost on the 21st April 1918, and recaptured by Australian troops on the 18th September 1918.

The Cemetery was made in August 1917, and January, September and October 1918, beyond a German Extension of the Protestant Communal Cemetery; the 177 German graves have been removed, and the British Extension is now isolated.

There are now over 70, 1914-18 war casualties commemorated in this site. Of these, a small number are unidentified.

The Extension covers an area of 348 square metres and is enclosed by a low flint and brick wall.