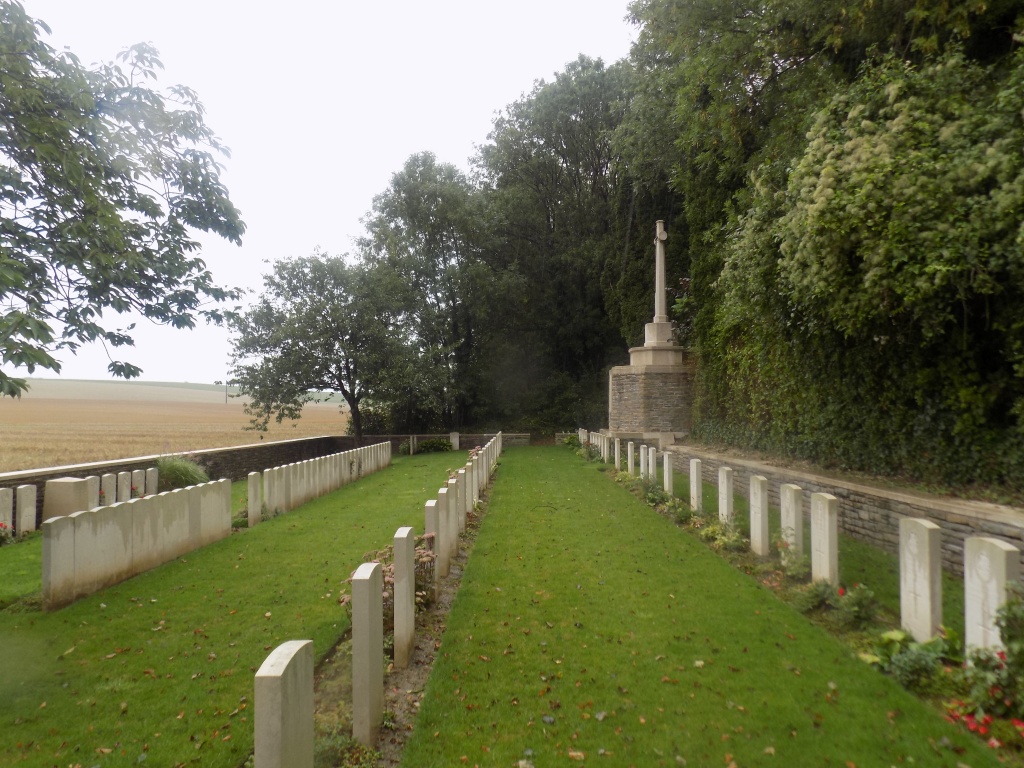 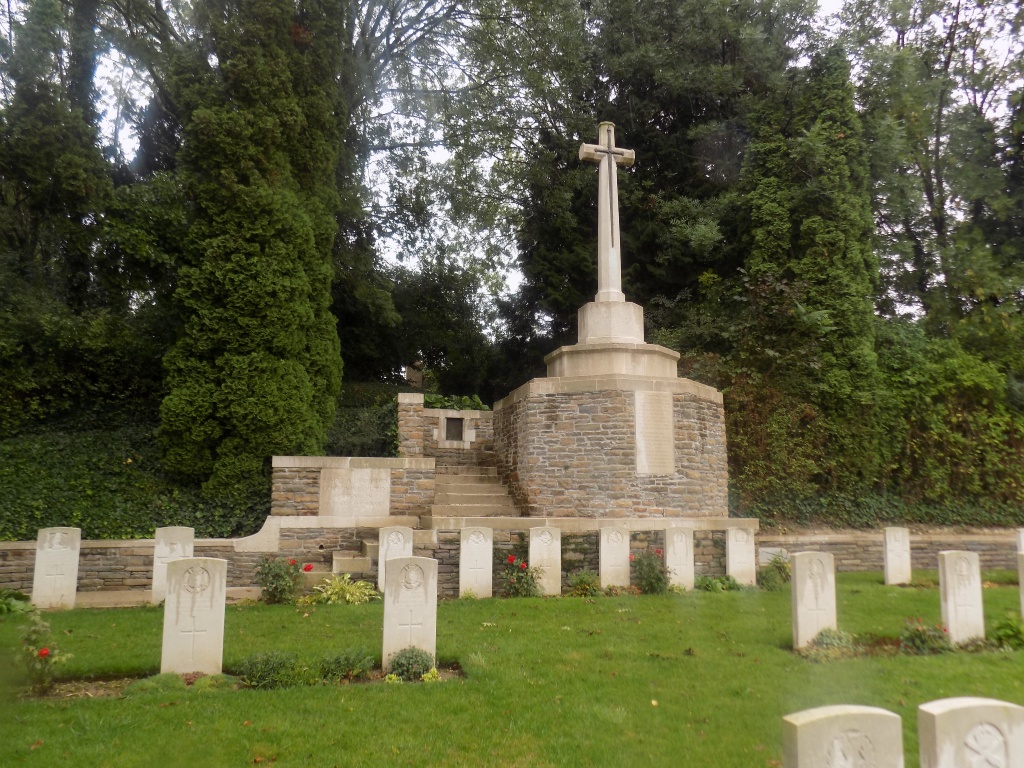 Templeux-le-Guerard is a village in the Department of the Somme, almost 26 kilometres east of Peronne. The Communal Cemetery is north of the village on the north-west side of a track running in the direction of Ronssoy and the Extension is at the back of the Communal Cemetery.

Templeux-le-Guerard was taken early in April 1917, lost on the 21st March 1918, and retaken by the 15th Suffolks of the 74th (Yeomanry) Division on the following 18th September.

The Extension was begun by the 59th (North Midland) Division immediately after the capture of the village, and carried on by the 34th and other Divisions until October 1917. Further British burials were made in it in March 1918 by the Germans and in September and October 1918, by the British.

There are now over 100, 1914-18 war casualties commemorated in this site. Of these, a small number are unidentified and a special memorial is erected to one soldier from the United Kingdom who is known to be buried among them. Other special memorials record the names of 12 soldiers from the United Kingdom, buried in the German Extension, whose graves were destroyed by shell fire. The graves of four United States soldiers and seven German soldiers have been removed to other cemeteries.

The Extension covers an area of 729 square metres and is enclosed on three sides by a rubble wall.