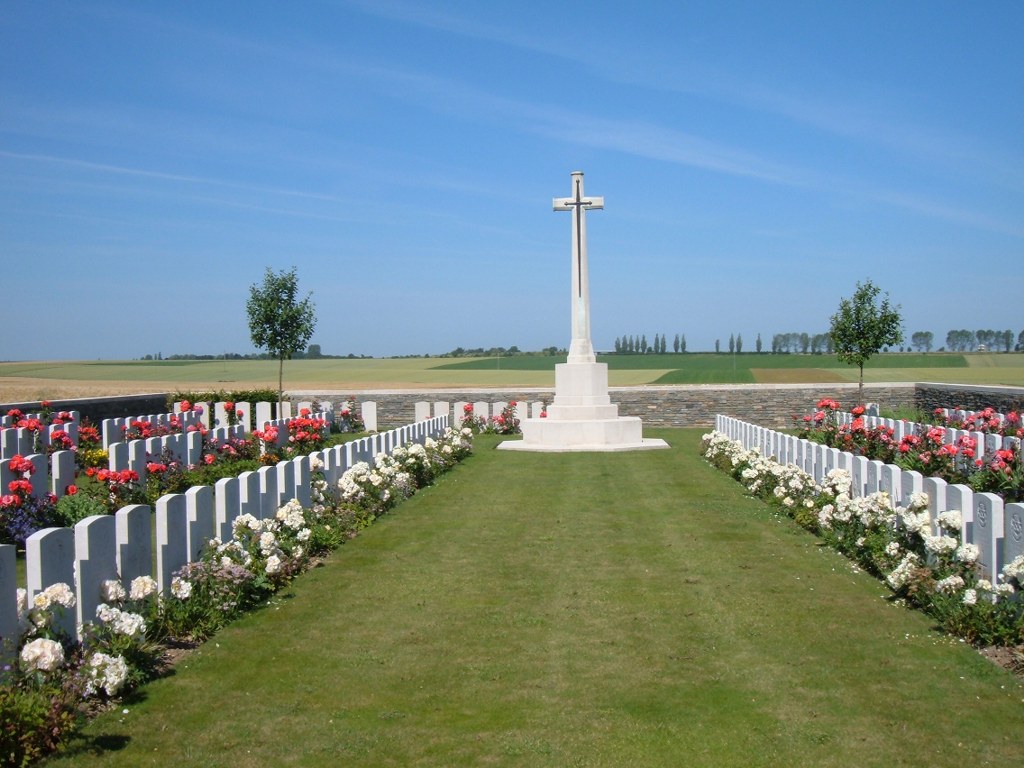 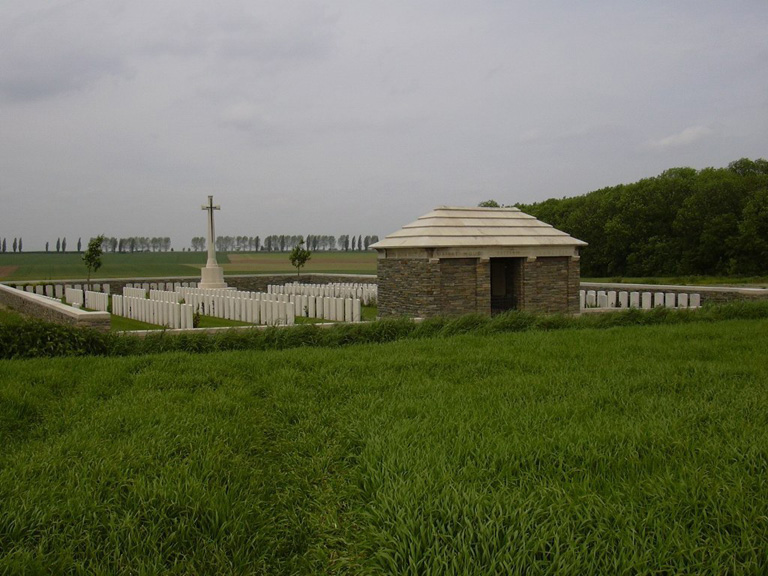 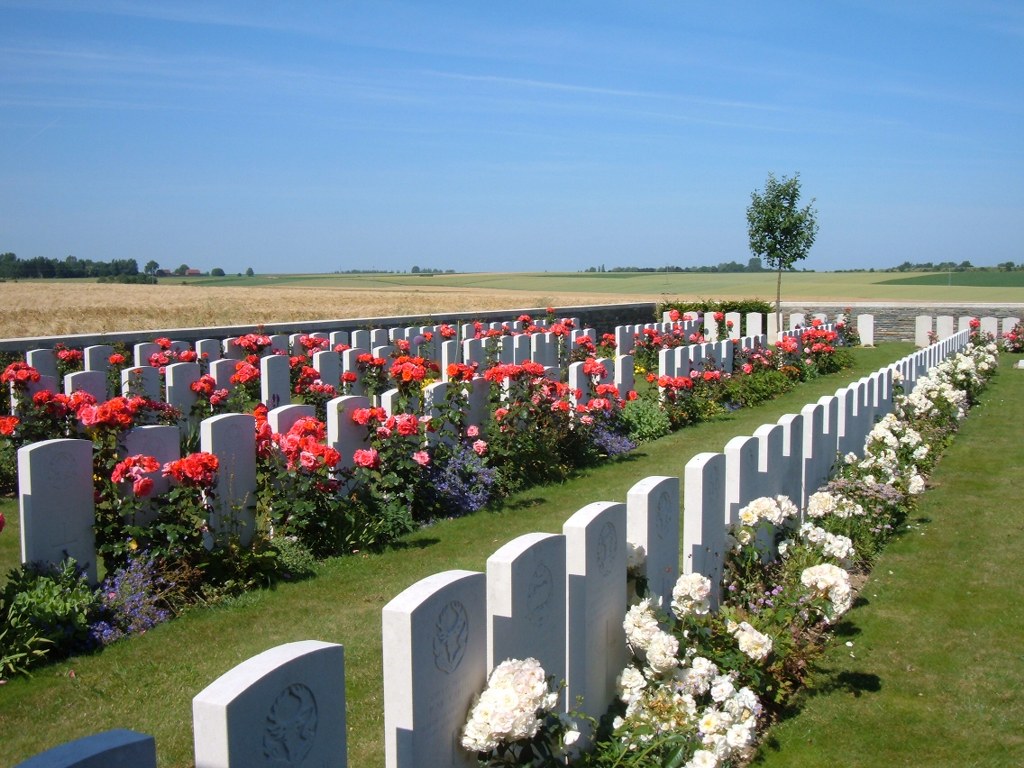 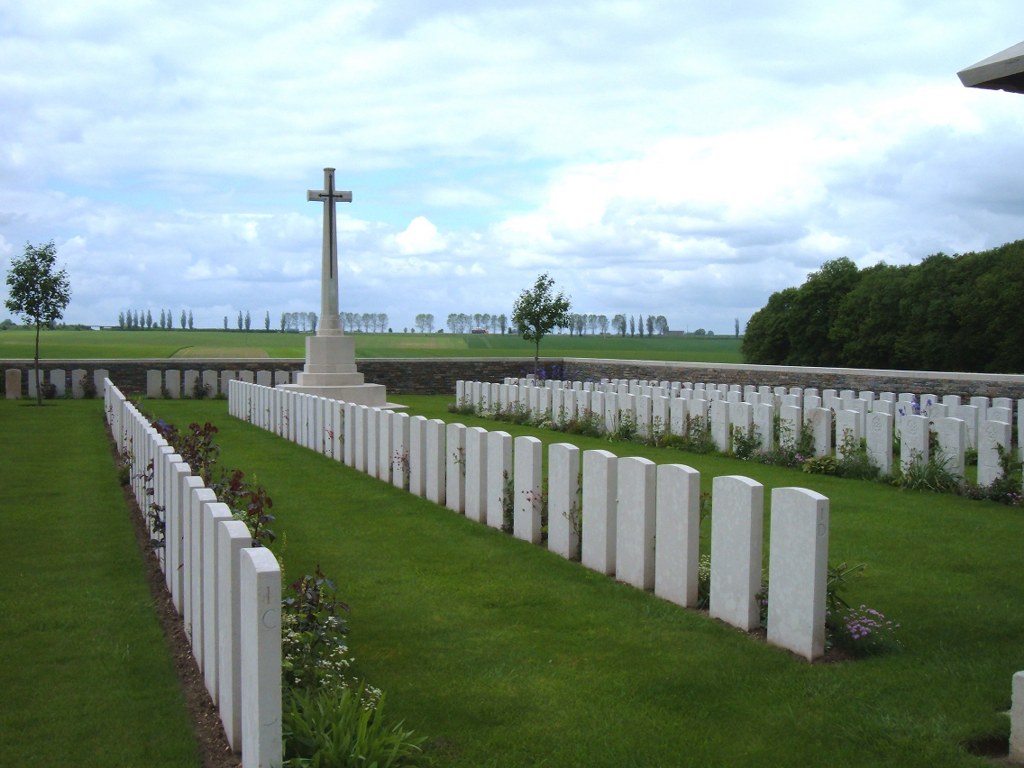 Flesquieres is a village approximately 5 kilometres south-west of Cambrai and about 5 kilometres south of the main road (N30) from Cambrai to Bapaume. From the village of Flequieres take the Cantaing road, D92, to its junction with the D89 (opposite Flesquieres Hill British Cemetery), where the first CWGC sign is situated. The Cemetery lies on the left side of this road, the D89, 800 metres from the junction.

Flesquieres was attacked by the 51st (Highland) Division, with tanks, on the 20th November 1917, in the battle of Cambrai, but held for a time by a German officer with a few men; it was captured on the 21st. It was lost in the late stages of the battle, and retaken on the 27th September 1918, by the 3rd Division. The Bois d'Orival is a small wood on the road from Flesquieres to Fontaine-Notre Dame, cleared by the 2nd Grenadier Guards on the 27th September 1918. The Cemetery was begun in November 1917, during the Battle of Cambrai; used again in September-October 1918; and enlarged in 1930 by the transfer of graves from the following cemeteries:- The 51st DIVISION CEMETERY, FLESQUIERES, was almost 1 kilometre South of Flesquieres on a sunken track running to the railway line and on towards Havrincourt. It was made by the Divisional Burial Officer, and it contained the graves of 74 officers and men of the 51st (Highland) Division and the Tank Corps, who fell in the last eleven days of November 1917. FLESQUIERES CHATEAU CEMETERY was near the Havrincourt road and just outside the Chateau grounds. It was used by fighting units from November 1917, to March 1918 ; for one burial in September 1918; and for the burial of a Chinese labourer in February 1919. It contained, in all, 135 graves. There are now nearly 300, 1914-18 war casualties commemorated in this site. Of these, ten are unidentified and others, identified collectively but not individually, are marked by headstones bearing the superscription, "Buried near this spot". Special memorials record the names of two United Kingdom soldiers, buried in Flesquieres Chateau Cemetery, whose graves could not be found. There are also 20 German burials here. The cemetery covers an area of 794 square metres and is enclosed by a stone rubble wall.